Well done. Look what authentic hosts in Paris-Montparnasse are offering to you on 9flats.

The 4-star Hôtel Concorde Montparnasse is located on Paris’s Left Bank in Montparnasse, a 20-minute drive to the Parc des Princes Stadium. Its rooms are elegant and include a flat-screen TV with cable channels, free internet access, tea and coffee making facilities and air conditioning.Book now
from $143 per night 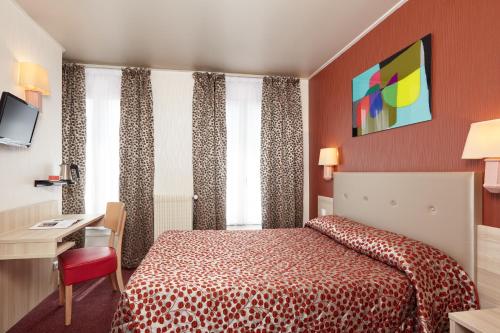 The Miramar hotel is just 120 metres from Montparnasse Tower and Metro Station. It offers free Wi-Fi access in public areas and 24-hour reception.Book now
from $91 per night 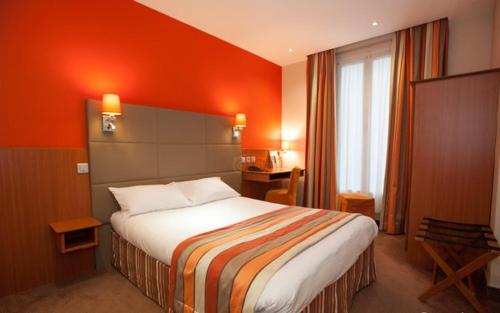 Hotel Terminus Orléans is located in the 14th district of Paris with Metro Porte d'Orléans and tram stop at the front of the hotel, giving guests direct access to Paris famous sites. It offers free Wi-Fi.Book now
from $83 per night 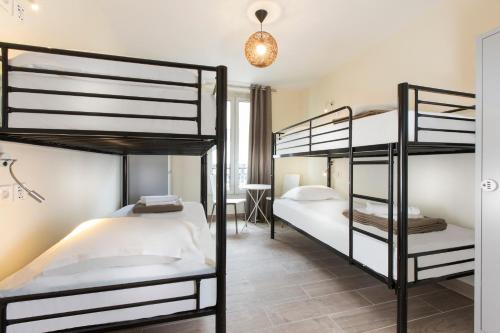 This small hostel is located in the mostly residential district of Montparnasse, just 550 metres from Alesia Metro Station. It offers 24-hour reception and dormitories with free WiFi.Book now
from $23 per night 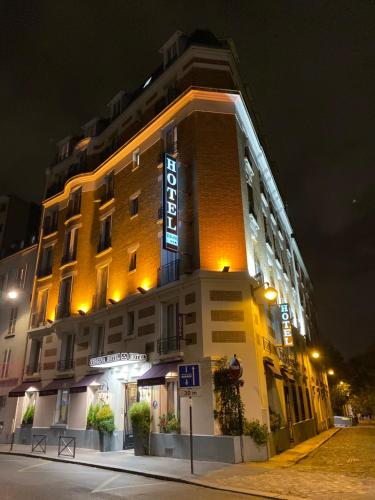 The Virgina Hotel is a 2-minute walk from Porte d’Orléans Metro Station and Tram Stop. It is 7-minutes from Parc des Expositions at Porte de Versailles and offers free Wi-Fi access.Book now
from $12 per night

Located in the Montparnasse district of Paris, Madrigal is opposite Pasteur Metro Station. It offers soundproofed accommodation with flat-screen TV and free WiFi.Book now
from $142 per night 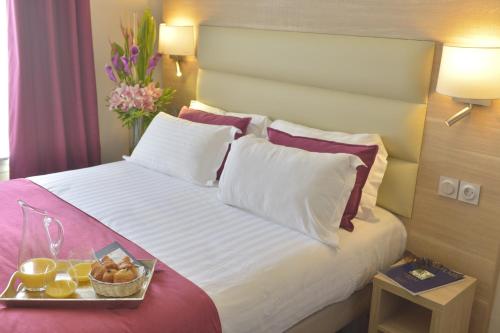 Hotel Unic Renoir Saint Germain is located between Saint Germain and the Latin Quarter, just 700 metres from Luxembourg Gardens. It offers air-conditioned and soundproofed rooms with en suite bathrooms.Book now
from $63 per night 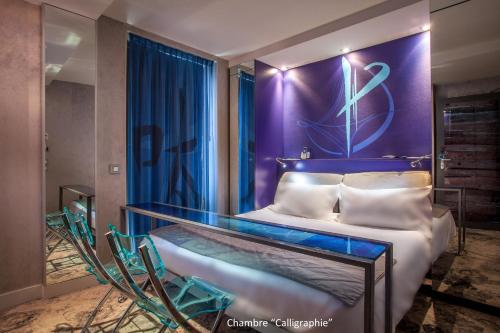 Set in the historic 6th district in Paris, this stylish hotel is 450 metres from the Luxembourg Gardens. It offers air-conditioned guest rooms with a literary theme, free WiFi and streaming access (TV chromecasts).Book now
from $118 per night 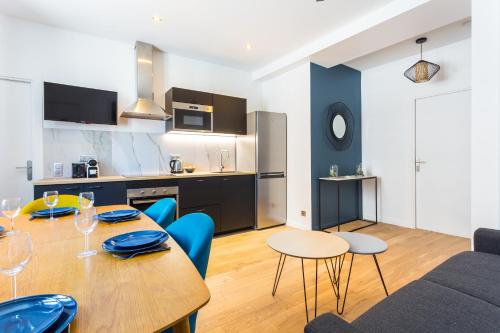 See all 260 accommodations in Paris-Montparnasse

The 14th arrondissement of Paris: an authentic district

Located between the prestigious 6th arrondissement and the small belt of the southern suburbs, the 14th arrondissement is a discreet but particularly attractive district. Many artists have always praised it, from Georges Brassens to Renaud, including the painters Modigliani, Picasso and Cézanne. It was also the haunt of French poets such as Apollinaire, Paul Fort or Gide and American writers who, from Hemingway to Fiztgerald, pushed open the doors of the famous Closerie des Lilas, haunted the Coupole and remake the world a thousand times over along the Boulevard de Montparnasse. Relive these moments and many others by choosing your holiday rental in the 14th arrondissement of Paris!

A bed and breakfast in Paris 14: diving into the heart of Paris

Choosing a holiday rental in Paris Montparnasse or selecting one of our guest rooms in Paris Montparnasse means opting for an authentic stay in Paris. You will find more proximity than in a hotel room, but also better value for money. Our choice of vacation rentals in Paris 14 is vast and will allow you to find what best suits your tastes and your budget. The 14th arrondissement is very varied. The Cité Universitaire occupies a vast south-eastern part of it, adjacent to the beautiful Parc Montsouris where Parisians come to go jogging, have lunch and go for short walks with children. The wide avenue Coty leads you to the Place Denfert-Rochereau dominated by the majestic Lion of Belfort, a tribute to the captain who, during the war of 1870, put up such resistance to the Prussian army that the city was able to remain French. Adjacent to the Lion is one of the most astonishing sights of the capital, the Catacombs. 6 million graves “moved” here in order to exploit gypsum and limestone quarries in the 19th century.

A holiday rental in Paris 14 or in a neighboring district.

Neighbouring the 14th arrondissement, the 15th is also ideal for spreading out over the capital. Our selections include a wide choice of holiday rentals in Paris 15, as well as cosy bed and breakfast in Paris 13, unless you opt for a nice holiday apartment in Paris 6. After strolling through the Montparnasse des artistes and drinking a coffee in one of their favourite haunts, you will discover the beautiful little streets of the Plaisance and Pernety districts. The real Paris offers itself to you here, with its shops, its squares, its small markets, its bistros quivering with life. Numerous cinemas and theatres line the district, do not hesitate to get the programs and to offer you a small evening of pleasure. Finally, the nostalgic ones will be able to go to the Montparnasse cemetery to visit the tombs of Baudelaire, Beckett, Gainsbourg and many others. Thanks to your holiday rental in the 14th arrondissement of Paris, your stay will be unforgettable!

Latest reviews for places in Paris-Montparnasse