Well done. Look what authentic hosts in Vienna-Meidling are offering to you on 9flats. 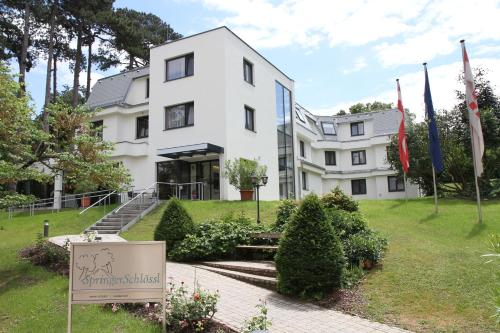 Re-opened in April 2015 after a complete renovation, Seminarhotel Springer Schlößl enjoys a quiet location in a scenic, protected park a 12-minute walk from Schönbrunn Palace. Free in-room WiFi and free private parking are available.Book now
from $12 per night 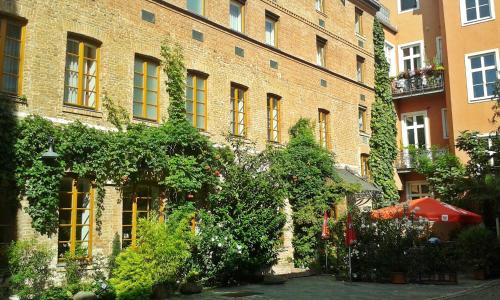 This centrally located hotel occupies a former linen factory from the 19th century in the immediate vicinity of an underground station, letting you reach all sights of Vienna quickly.Book now
from $100 per night 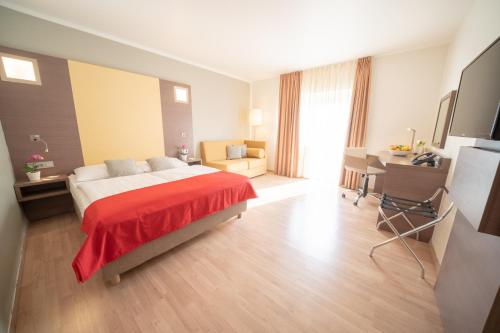 The quietly located Hotel Orangerie is just 100 metres from the Längenfeldgasse and Meidling Hauptstraße Underground Stations. Free high-speed WiFi in all areas. Schönbrunn Palace can be reached by underground in 5 minutes.Book now
from $100 per night

Radisson Blu Park Royal Palace Hotel Vienna is right next to Vienna’s Technical Museum and just a 5-minute walk from Schönbrunn Palace. Surrounded by its own park, it offers a fitness area with a sauna and steam bath. Free WiFi is available in all areas.Book now
from $90 per night 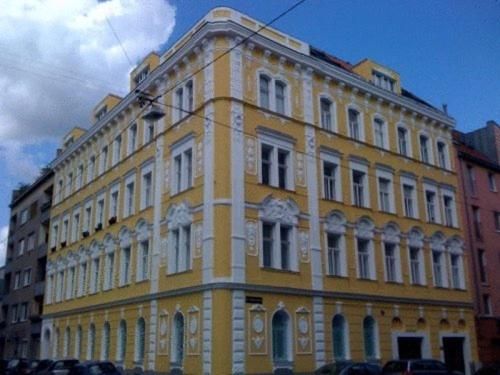 These luxuriously furnished apartments enjoy a quiet location in a renovated 19th-century building, 200 metres from Vienna's Längenfeldgasse Underground Station (lines U4 and U6). Free WiFi is available and the city centre can be reached within 8 minutes by underground.Book now
from $326 per night

Hotel Altwienerhof is centrally located in Vienna, 50 meters from the Gumpendorfer Straße Underground Station, trams 6 and 18 and bus 57A. Westbahnhof Train Station and Mariahilferstraße, the largest shopping street in Vienna, are 700 meters away.Book now
from $12 per night 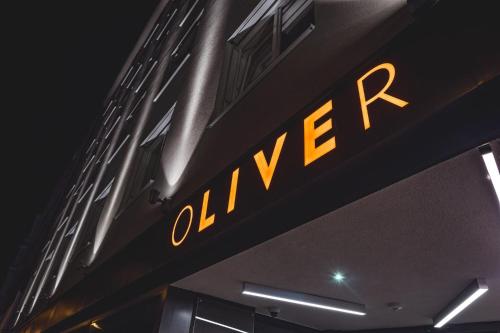 Oliver Apartments provides accommodation situated in Vienna's 6th district. Free WiFi is available for free throughout the property. The Mariahilfer Shopping Street can be accessed 900 metres away. The Gumpendorfer Straße Metro Stop (line U6) is 270 metres away.Book now
from $83 per night 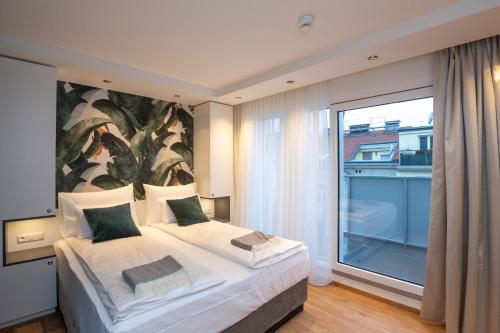 Situated in Vienna, 2.2 km from Schönbrunn Palace, Wilmas features self-catered accommodation with a shared lounge, private parking, a garden and a terrace. Located around 3.4 km from Wiener Stadthalle, the hotel with free WiFi is also 3.7 km away from Schönbrunner Gardens. Karlskirche is 5 km away and Natural History Museum is 5 km from the hotel.Book now
from $27 per night

Pohlgasse is situated in Vienna, 3.4 km from Haus des Meeres and 3.5 km from Wiener Stadthalle, in an area where hiking can be enjoyed. The accommodation is 2.4 km from Schönbrunn Palace, and guests benefit from private parking available on site and free WiFi.Book now
from $74 per night 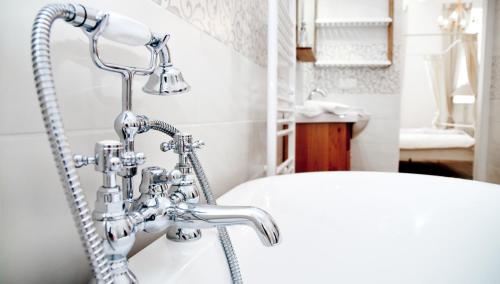 Stronghold Apartments Vienna is a 15-minute walk from Schönbrunn Palace and 3 tram stops from Westbahnhof Train Station. Free WiFi is available.Book now
from $101 per night 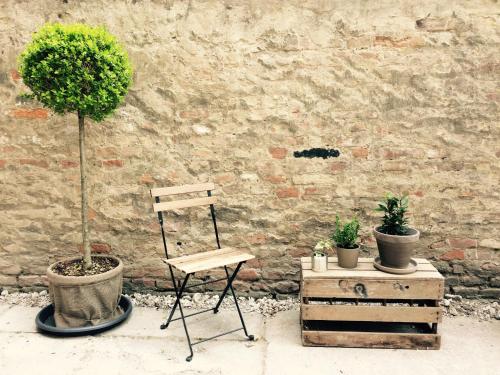 Gartl Apartments is located in the 12th district in Vienna, offering apartments and rooms facing the quiet inner courtyard. The Längenfeldgasste Metro Stop (lines U4 and U6) is just across the street. The city centre with all major attractions is a 10-minute drive away.Book now
from $22 per night 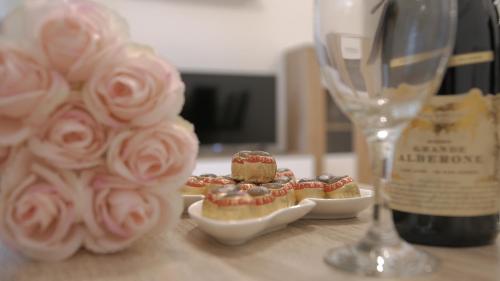 Featuring garden views, Niki Apartment offers accommodation with a terrace and a kettle, around 1.8 km from Wiener Stadthalle. Free WiFi is available in this apartment, set 2 km from Schönbrunn Palace and 3 km from MuseumsQuartier.Book now
from $92 per night

See all 96 accommodations in Vienna-Meidling

Southwest of Vienna’s city centre, the district of Meidling borders the Vienna River to the north and extends along the Schönbrunn Castle Hill to the west. With the station Wien-Meidling, the district not only comprises an important traffic junction with connections to almost all trains of the Austrian Südbahn; the location between Schönbrunn Palace and the city centre, which is only a few kilometres away, also makes an apartment in Meidling, Vienna, an ideal accommodation for your stay in the Austrian capital. Book your private holiday apartment in Meidling (Vienna) now and get to know the country and its people personally in this historic working-class district. With a private accommodation you will live in the middle of the inhabitants without having to give up your privacy as you would with couchsurfing in Meidling, Vienna. Discover Meidling’s many faces – from the densely populated residential areas near the city centre to the former villages of Hetzendorf and Altmannsdorf, where you can visit the Khleslplatz, one of Austria’s rare triangular Angerplätze. Around this former village square some of the historic buildings are still preserved today, including the former Biedermeier country house Schloss Altendorf.

The district of Meidling was founded in 1892 as a result of the merger of several previously independent municipalities, which are now fully integrated into the cityscape of Vienna. Although Meidling is today dominated to a large extent by workers’ housing estates and communal housing estates, the district has nevertheless retained a quiet and relaxed atmosphere due to the many parks and the village-like outdoor areas. The biggest attraction in the area is the Green Mountain with Schönbrunn Palace, and your private accommodation in Meidling, Vienna, is only a short walk away from the former imperial summer residence. Here you can marvel at the baroque palace complex with its magnificent interiors, discover the imposing pavilions, fountains and gardens of the palace park or enjoy the Schönbrunn Bath. But you will also find everything you need for your daily life in Meidling during your stay; above all, the central Meidling main street lures you with a lively pedestrian zone and countless shopping opportunities, including the Arcade Meidling shopping centre opened in 2004. Night owls expect the U4 and the ZOO, two of the most popular discotheques in Vienna, in Meidling.

With an apartment in Meidling, Vienna, you live in an ideal location to explore the UNESCO World Heritage Site Schönbrunn Palace and its parks. Your holiday apartment in Vienna is also well connected to Vienna’s city centre. The suburban trains S1, S2 and S3 take you directly to the city centre in a quarter of an hour, so that you can visit world-famous sights such as the Hofburg, St. Stephen’s Cathedral or Hundertwasserhaus without a long journey. Find out more about an Apartment in Wieden, Vienna, and spend your holiday in the immediate vicinity of Belvedere Castle. The two baroque palace buildings with their terraced parks were commissioned as garden palaces by Prince Eugene of Savoy in 1714 and later converted into his summer residence. Today the palace complex houses several museums with important art collections; exhibitions and other events also take place regularly at Belvedere Palace.

Latest reviews for places in Vienna-Meidling