Well done. Look what authentic hosts in Lower Normandy are offering to you on 9flats. 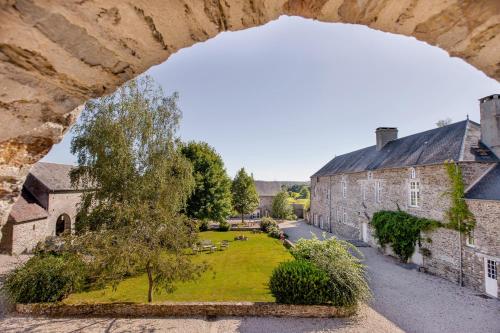 Set in Arromanches-les-Bains, just 300 metres from Neptune Beach, Fenêtres sur Mer Arromanches offers beachfront accommodation with free WiFi. The property has sea views and is 100 metres from D-Day Museum and 1.4 km from Arromanches 360.Book now
from $237 per night 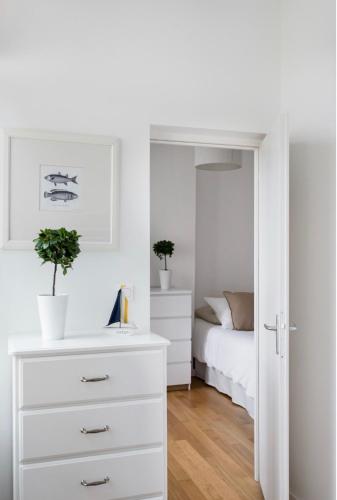 Boasting a garden, a casino, and a terrace, Appartement prestige au coeur de Cabourg offers accommodation in Cabourg with free WiFi and city views. The property is 2.5 km from Plage du Casino and 300 metres from Cabourg Beach.Book now
from $113 per night 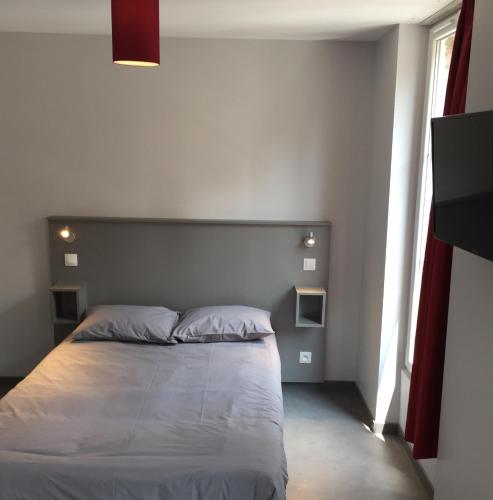 Situated in the centre of Caen, Smartappart Caen Grusse is 400 metres from Racecourse of Caen. Botanical Garden of Caen is 1.3 km away.Book now
from $71 per night 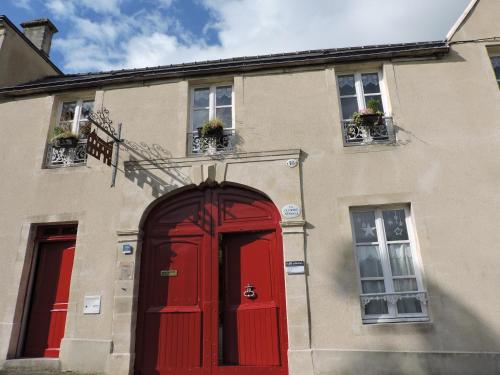 Featuring a garden, barbecue facilities, and a terrace, La Closerie Teranga provides accommodation in Bayeux with free WiFi and garden views. The property has city views and is 400 metres from Baron Gerard Museum and 800 metres from Cathedrale Notre Dame de Bayeux.Book now
from $228 per night 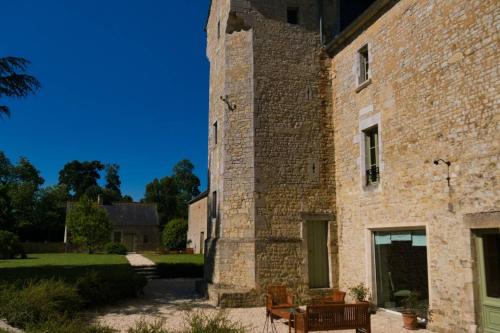 Located in Bayeux in the Lower Normandy region and Museum of the Bayeux Tapestry reachable within 2.5 km, Château de Monceaux 5mn de Bayeux proche Mer provides accommodation with free WiFi, a children's playground, a garden and free private parking.Book now
from $324 per night

Maison, 5km de la mer is located in Fontaine-Henry and offers a shared lounge, a garden and a casino. The air-conditioned accommodation is 22 km from Bayeux, and guests benefit from complimentary WiFi and private parking available on site.Book now
from $12 per night 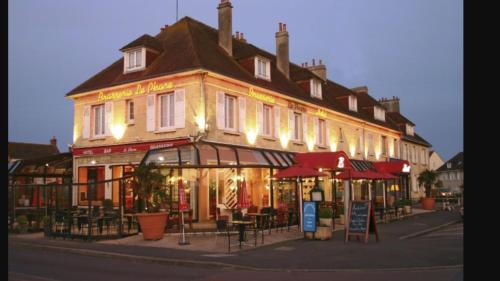 Located in Ouistreham, Hôtel le phare offers beachfront accommodation 1.2 km from Riva-Bella Beach and provides various facilities, such as a restaurant, a bar and a shared lounge. Featuring family rooms, this property also provides guests with a terrace. The accommodation features luggage storage space and free WiFi throughout the property.Book now
from $79 per night 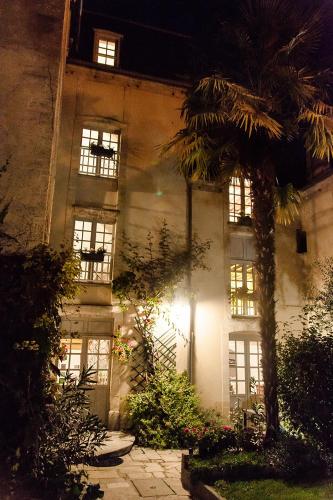 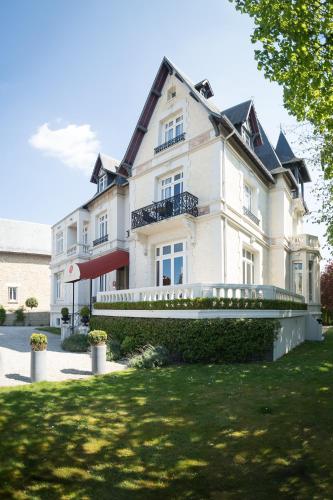 Set within an Anglo-Norman style building built in 1906, Villa 81 offers hotel accommodation in Deauville, 500 metres from Deauville Casino. The hotel offers free WiFi and a sun terrace.Book now
from $88 per night 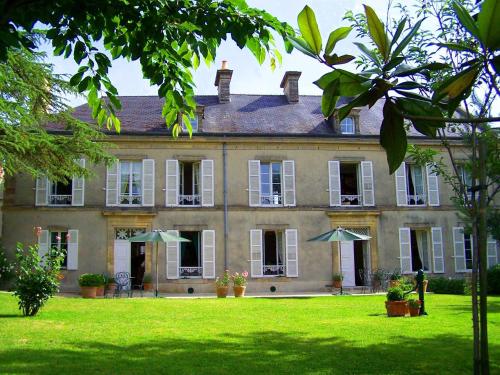 Set in a 2000m² park, this 19th-century house is just 200 metres from the Bayeux Tapestry. You can admire the views of the garden from your elegant room or visit Omaha Beach, 6 km away.Book now
from $164 per night 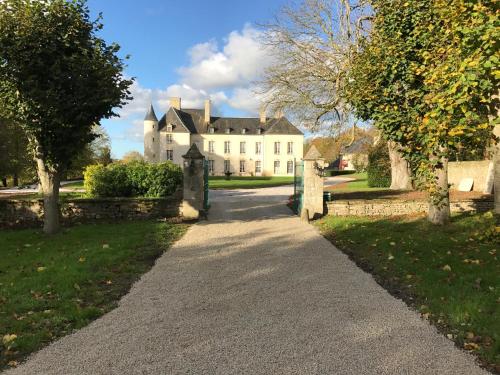 Le Château d'Asnières en Bessin is a bed and breakfast in Asnières-en-Bessin. Free private parking is available on site.Book now
from $158 per night

See all 4394 accommodations in Lower Normandy

Your holiday home in Basse-Normandie: living in historic surroundings

A holiday home in Basse-Normandie, France, takes you right to the heart of one of France’s most historic regions. From here, England was conquered, Europe liberated from the bondage of National Socialism and the world supplied with culinary delights. So there is a lot to discover on the doorstep of your Apartment in France. Look around at 9flats.com now and choose one of our accommodation options that are also located in other regions of the country, e.g. our Holiday Apartments in Brittany, Holiday Apartments in Languedoc-Roussillon or our Holiday Cottages on the Côte d’Azur.

A culinary voyage of discovery: Accommodation in Lower Normandy

Your apartment in Lower Normandy is located in one of the most historically significant landscapes in France. History began in 1066 when William the Conqueror crossed the English Channel from here and conquered England at the Battle of Hastings. In 1944, the Allies, who landed on the extensive beaches of Normandy on June 6, 1944, also took advantage of the strategically valuable location to liberate France and, subsequently, the whole of Europe from National Socialism. Numerous memorials near your holiday home in Lower Normandy commemorate this day, which marked the end of the Second World War. Calvados is one of the most famous regional delicacies in the world. Normandy has always been regarded as the centre of apple growing due to the mild climate of the Gulf Stream, the harvest of which has also been refined into brandy since the 15th century. The amber-coloured noble brandy may only be produced and sold as Calvados in eleven narrowly defined areas of the Basse-Normandie region. A trip to Lavarot is recommended for an extensive taste. The centre of horse breeding is the Département Orne. The landscape is characterised by Norman hedge landscapes, manor houses and herds of cows, which also provide the most important raw material for a second well-known speciality: camembert. Legend has it that the white mould cheese was invented in the village of the same name and owes its spread primarily to the taste of Emperor Napoleon III, who was so enthusiastic about the first tasting that he immediately had the cheese put on the imperial court table – the rest is history. You can visit some of the best cheese dairies in Camembert. Another reason for spending the night in Lower Normandy.

Apartments in Basse-Normandie (France) – in view of the Great Abbey

The Basse-Normandie region is above all closely linked to a tourist attraction that is symbolic of the whole of northern France: the Abbey of Mont-Saint-Michel. The construction of the abbey, high above the bay, was begun in 708 and is still regarded today as a masterpiece of medieval engineering. It was commissioned by Aubert von Avranches, who had the first simple sacred building erected on the Kosterberg. However, the largest extension began at the beginning of the 11th century – the construction work was to last more than 500 years. The architectural style elements, which range from Romanesque to Classicism, are correspondingly varied. Today the abbey is one of the most famous and most visited monuments in the world, in the immediate vicinity of which you will also find numerous private holiday apartments in Lower Normandy. The tumulus of Colombiers-sur-Seulles is much older and surrounded by a strong mystical aura. The megalithic complexes were built around 4000 BC and are the last remaining ones in Normandy. The function of the plant is still being discussed, as well as whether there is a connection to Stonehenge in Great Britain. In reality, these questions are of no importance, especially if you visit the turbines in the evening and waft fog over the surrounding hills. At the latest then you will feel the mystical power of the monoliths right inside you. Especially the numerous culinary delights are a good reason to refrain from couchsurfing in Lower Normandy and to treat yourself to some quiet hours in a private holiday apartment after a long festive time. It would be a shame to concentrate on just one place – the region has far too much to offer. You can book the suitable apartments in Normandy for a round trip directly at 9flats.com.

Calvados
Manche
Orne
close
Cookies help us deliver our services. By using our services, you agree to our use of cookies.