Well done. Look what authentic hosts in Krimml are offering to you on 9flats. 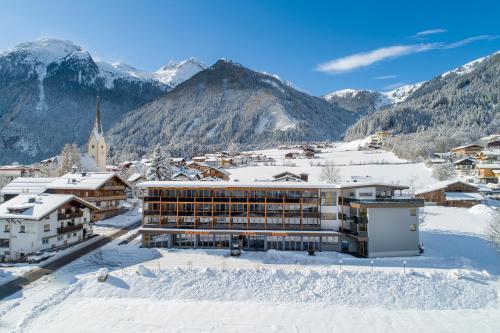 Located in Krimml, 3.5 km from Krimml Waterfalls, Hotel Krimml provides accommodation with a restaurant, free private parking, a fitness centre and a bar. The accommodation offers a ski pass sales point and ski storage space, as well as a garden and a spa and wellness centre. The accommodation features a sauna, free WiFi and family rooms.Book now
from $143 per night 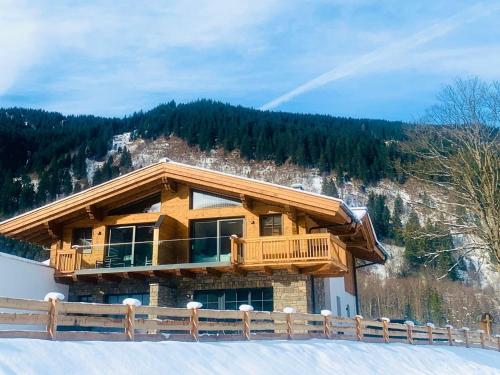 Set in Krimml, just 2.8 km from Krimml Waterfalls, Tauernlodge Krimml 3B offers accommodation with a garden, a terrace and free WiFi.Book now
from $410 per night 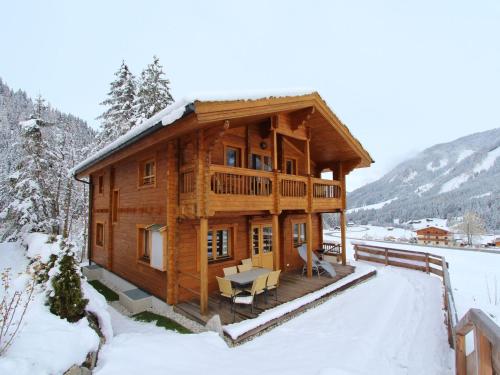 Situated in Krimml, just 3.2 km from Krimml Waterfalls, Chalet Windau features accommodation with a terrace and free WiFi.Book now
from $157 per night 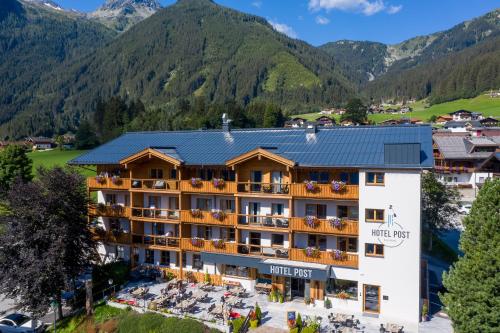 This 4-star hotel in the centre of Krimml offers panoramic views of the Hohe Tauern Mountains and the Krimml Waterfalls, a 15-minute walk away. It features a sauna, infrared cabin and a relaxation area on the third floor. The restaurant has a terrace and serves traditional Austrian cuisine.Book now
from $12 per night 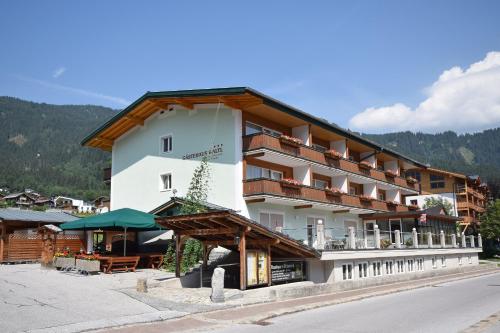 Providing direct views of Hohe Tauern National Park and the Krimml Waterfalls, 1 km away, Gästehaus Waltl is located in the centre of Krimml. It offers free sauna use, free in-room WiFi and an in-house brewery brewing its own beer.Book now
from $12 per night 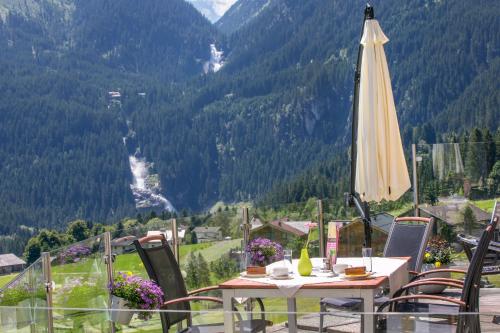 The Panoramahotel Burgeck enjoys a quiet location above Krimml in the Hohe Tauern National Park. All rooms have an en-suite bathroom and a balcony. Wi-Fi is available free of charge.Book now
from $12 per night 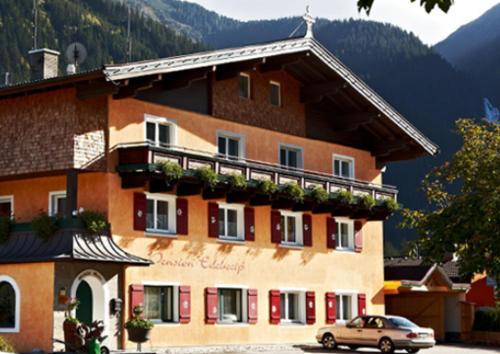 Gästehaus Edelweiss is 150 metres from the centre of Krimml and a 15-minute walk from the Krimml Waterfalls. The Zillertal and Wildkogel Ski Areas can be reached within 10 minutes by car, and a free ski bus stops right in front.Book now
from $178 per night 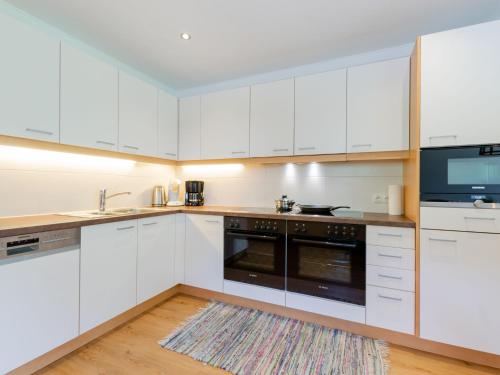 Located in Krimml, just 1.8 km from Krimml Waterfalls, Chalet Tetteroo provides accommodation with a terrace and free WiFi.Book now
from $407 per night 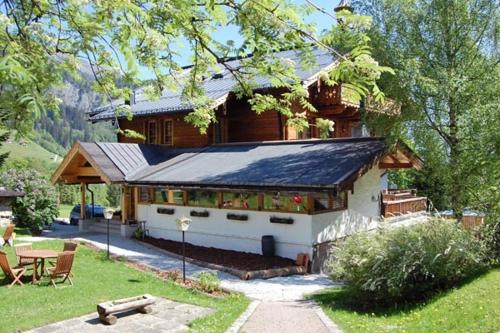 Situated in Krimml, a 4-minute walk from the waterfalls and a cross-country ski run, Landgasthof Kirchenwirt offers free WiFi access, a sun terrace and a restaurant. Free parking spaces are available on site.Book now
from $98 per night

Located in Krimml, just 1.8 km from Krimml Waterfalls, Plattenkogel provides accommodation with a terrace and free WiFi.Book now
from $112 per night 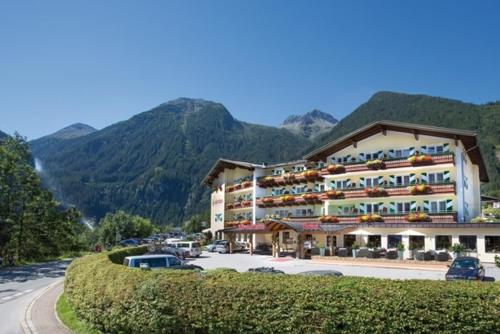 The family-run Klockerhaus is situated at the entrance to Hohe Tauern National Park, near the Krimml Falls. All rooms come with a panoramic balcony. The free ski bus to the Zillertal Arena stops right in front of the house.Book now
from $206 per night 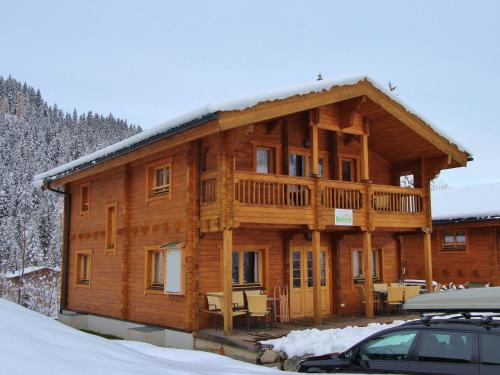 Comfortable Chalet with Whirlpool and Sauna in Krimml

Boasting a hot tub, Comfortable Chalet with Whirlpool and Sauna in Krimml is set in Krimml. The accommodation is 3.2 km from the Krimml Waterfalls and has free WiFi throughout the property.Book now
from $135 per night

See all 93 accommodations in Krimml

Your visit to Krimml takes you to the westernmost part of the Austrian province of Salzburg, directly on the border with Tyrol. The small community lies at an altitude of over 1,000 metres above sea level in the immediate vicinity of the Gerlos Pass, a popular route for motorcycle enthusiasts. An impressive panorama from your apartment in Krimml is guaranteed, as the valley basin is surrounded by no less than thirty mountain peaks over 3,000 metres high. Book directly with us and secure such impressive moments in one of the most original holiday regions of Salzburg.

Your apartment in Krimml: in the midst of untouched nature

Krimml has dedicated itself to so-called soft tourism – that means living in harmony with nature. As a result, the small mountain village enjoys a particularly good reputation among hikers and those seeking relaxation. However, this does not mean that you have to do without modern amenities with an apartment in Krimml. Some private accommodations in Krimml even offer you access to in-house wellness facilities such as whirlpools or small sauna facilities. Comfort is a top priority here, much more than simple couchsurfing in Krimml. Since you usually also have your own kitchen, you can buy fresh products from the region and prepare them yourself. And if you don’t feel like cooking, try the spicy mountain cheese, smoked bacon or the famous “Kasnocken”. By the way, Krimml is very popular with skiers and snowboarders who place little value on mass après-ski fun. The surrounding slopes are connected to the Zillertal Arena ski area, which already belongs to Tyrol. Via the connecting lifts you can quickly reach one of the largest ski areas in Austria. The Krimml Waterfalls are worth seeing all year round. To reach them, you hike comfortably through untouched forests and small gorges along the Krimmler Ache. Until a mighty rock face rises directly in front of you. There the white water of the Ache plunges up to 140 metres into the depth and forms the most powerful waterfalls in Austria.

Private accommodation in Krimml and surroundings

Due to the special location of Krimml at the end of a valley basin, there is only one road to continue your journey – but it is one of the most beautiful in Austria. The route takes you west over the Gerlos Pass up to 1,500 metres above sea level. To explore Salzburg, however, you should head east. Numerous Apartments in Kaprun offer you holidays at a high level and at a reasonable price. The Sigmund-Thun gorge invites you to an exciting hike. The way begins directly in the local center and leads you by an up to 32 meters deep gorge, a result of the forces of nature of the Kapruner Ache. Over thousands of years, the floods could eat their way through the soft limestone and thus create a deep gorge that you can explore over numerous footbridges and bridges. The continuation of your personal road trip could then lead you to an Apartment in Glanegg. This district of Gröding, a suburb of Salzburg, used to be the first hurdle for enemy attackers on Salzburg. Glanegg Castle and the large Maierhof courtyard bear witness to the eventful past to this day. Both fortifications were built on behalf of Archbishop Paris Lodron, who also promoted the extension of the Hohensalzburg fortress. The further way could lead you over the so-called “Deutsche Eck”, the shortest connection between the Flachgau and the Pinzgau, e.g. to a private holiday room in Hochmoos. Here you will find a very popular hiking and skiing area in the immediate vicinity of the Zugspitze. On the Lofer, the local mountain of Hochmoos, you will find one of the most important centres for paragliders in the region. There is a direct connection to Augsburg, north of Munich. Our Apartments in Augsburg are located in the middle of a lively university town, which owes its economic rise primarily to the work of the famous Fugger family. The traces of the most famous Swabian merchant family date back to the 15th century and influenced the economic development in the entire Central European region. The city is particularly known for its numerous rococo buildings.