Well done. Look what authentic hosts in New York City-Hamilton Heights are offering to you on 9flats. 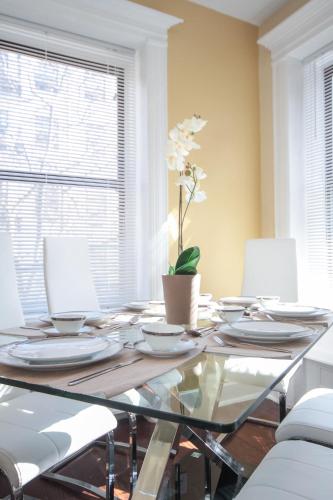 Located in New York, 2.5 km from Yankee Stadium and 2.9 km from Columbia University, Three Bedroom Apartment - West 148th Street provides accommodation with free WiFi, air conditioning and a shared lounge. The property is 9 km from Lincoln Center and 9 km from Central Park.Book now
from $12 per night 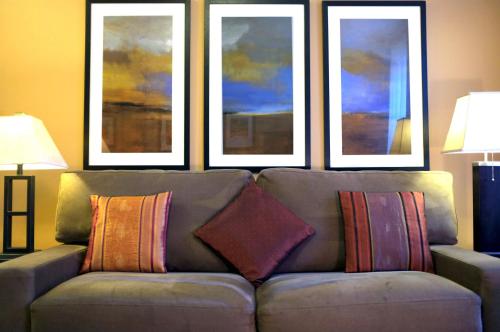 Situated in New York, 2.3 km from Columbia University, NYC Townhouse features accommodation with a tennis court, free WiFi, a 24-hour front desk, and luggage storage space. The property has garden and city views, and is 3.4 km from Yankee Stadium.Book now
from $229 per night

$7 MILLION TOWNHOME--MINUTES TO TIMES SQUARE in New York provides accommodation with free WiFi, 2.4 km from Yankee Stadium, 3 km from Columbia University and 6 km from Metropolitan Museum of Art. The property is 9 km from Lincoln Center and 10 km from Broadway Theatre.Book now
from $899 per night 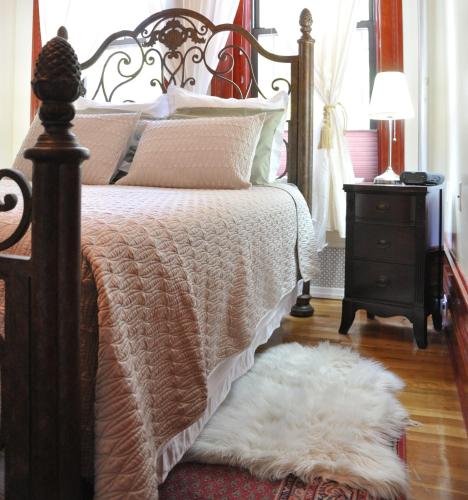 Located in Harlem, these New York City apartments are 1 mile from both Columbia University and The Apollo Theater. Guests staying at these apartments can enjoy access to a kitchen and free Wi-Fi.Book now
from $150 per night 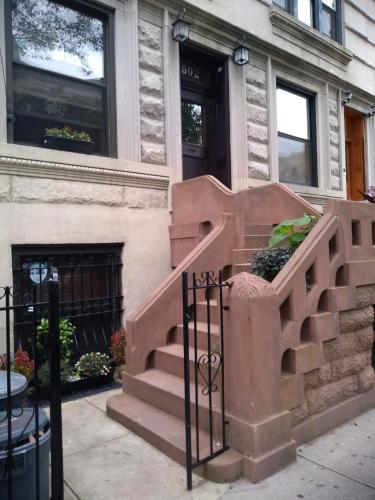 Ideally set in the Harlem district of New York, Irving Manor is set 2.5 km from Yankee Stadium, 3.3 km from Columbia University and 7 km from Metropolitan Museum of Art. All rooms boast a flat-screen TV with cable channels and a shared bathroom. The accommodation offers a shared kitchen and free WiFi throughout the property.Book now
from $84 per night 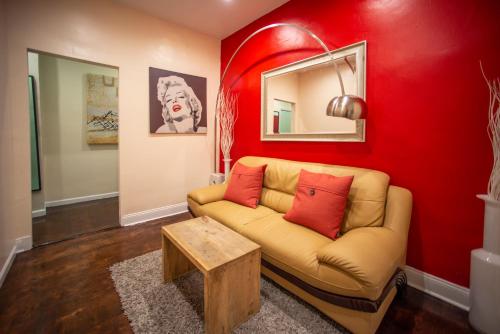 private room in a family apartment 15 minutes to times square!

Located in New York, 2.5 km from Columbia University and 3.3 km from Yankee Stadium, private room in a family apartment 15 minutes to times square! provides free WiFi.Book now
from $85 per night

Set in New York, 2.3 km from Yankee Stadium and 3.2 km from Columbia University, Beautiful Room in Newly Renovated Apt offers accommodation with free WiFi, air conditioning and a bar. The property is 8 km from Carnegie Hall and 8 km from Strawberry Fields.Book now
from $116 per night 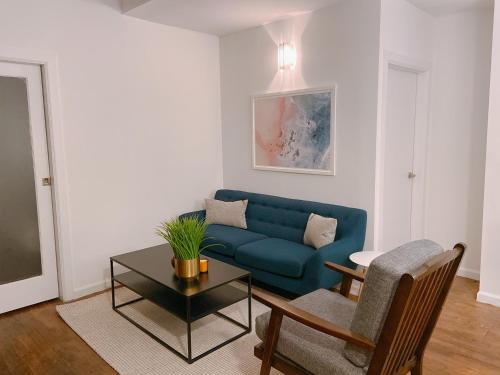 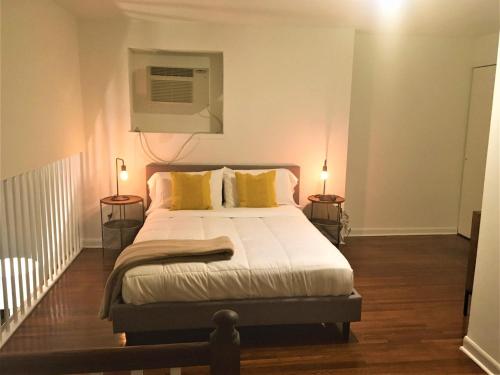 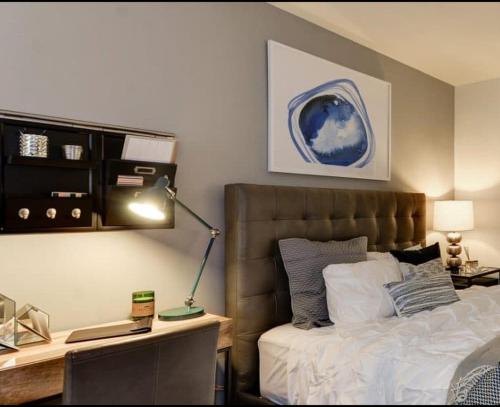 Set in New York, 1.8 km from Yankee Stadium and 2.7 km from Columbia University, Hamilton Heights 30 Day Rentals offers free WiFi. The accommodation is 6 km from Metropolitan Museum of Art.Book now
from $12 per night 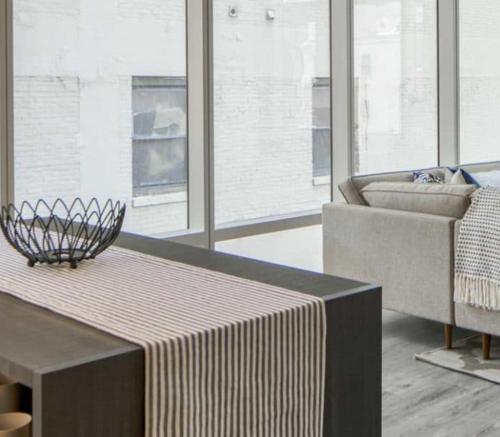 Hamilton Heights is located in western Manhattan between Washington Heights in the north and Manhattanville in the south. With an apartment in Hamilton Heights, New York, you live directly on the Hudson River, which separates Manhattan and the city of New York from the neighboring state of New Jersey. In addition to the attractive location on the riverbank, a private holiday home in Hamilton Heights (New York) also offers you an insight into everyday life in this noble residential area, which today is preferred by wealthy Latin Americans and African Americans. Away from Manhattan’s hectic downtown and the noble quarters of the Upper East Side, you will experience the authentic and multi-faceted Manhattan here, and much more comfortably than when couchsurfing in Hamilton Heights, New York. In densely populated Manhattan, you’ll also find many lesser-known attractions within easy reach, including Riverside Park, which stretches for miles along the Hudson River from Hamilton Heights, forming a pleasant contrast to the canyons of downtown New York. The Cloisters Medieval Art Museum north of your accommodation at Fort Tryon Park also boasts unique collections and exhibits.

Hamilton Heights owes its name to Alexander Hamilton, one of the American founding fathers. The district is part of the Harlem neighborhood, traditionally an important center of Afro-American culture and a problem neighborhood until the 1990s. Now the once wicked Harlem has experienced a new boom through social changes and extensive renovation work, and the area around your private accommodation in Hamilton Heights, New York, today is preferred by wealthy New Yorkers who prefer the comparatively cheap housing in Hamilton Heights to the expensive and hectic downtown. Since the 1980s, the once African-American Harlem has seen an increasing influx of Latin American immigrants, but New York artists, actors and intellectuals are also increasingly attracted to the high-quality city apartments of Hamilton Heights. On the southern side of Central Park, you can visit the elegant Upper East Side neighborhoods where Hollywood stars, politicians and business titans live in luxurious city apartments.

With an apartment in Hamilton Heights (New York), you’ll live in the heart of the Big Apple and reach all the major sights in no time. Many attractions like the Central Park, the Empire State Building, Wall Street or the Brooklyn Bridge are located a few kilometers south of your Apartment in Harlem, New York. If you are not staying in a vacation apartment in downtown New York, Hamilton Heights offers several metro lines that will take you all along Central Park in half an hour to downtown. Use your Apartment in New York for a boat trip on the Hudson River or the East River and enjoy the view of the spectacular Manhattan skyline. From Battery Park at the southwest end of the island you can also reach Liberty Island and the Statue of Liberty by ferry.