Well done. Look what authentic hosts in Istanbul-Firuzağa are offering to you on 9flats.

Set in a renovated building, Hammamhane is just 550 meters away from the lively Istiklal Avenue. The property has spacious suites with a private kitchen and free WiFi. A historical onsite Turkish Bath called Cukurcuma Hammam is welcoming the guests.Book now
from $55 per night 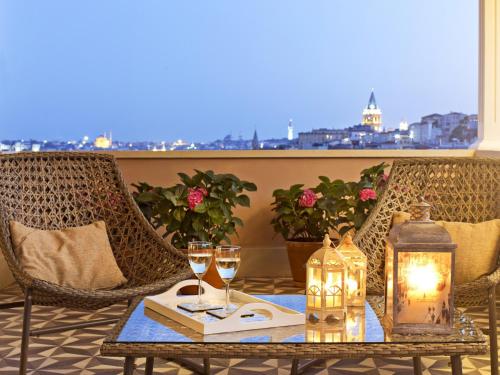 Located in Beyoglu district, in a 120-year-old building, Casa Di Bava Istanbul is just 250 metres from Istiklal Avenue. The property has a modern design with 4-metre-high ceiling and offers stylish rooms with a private kitchenette and free WiFi access.Book now
from $53 per night 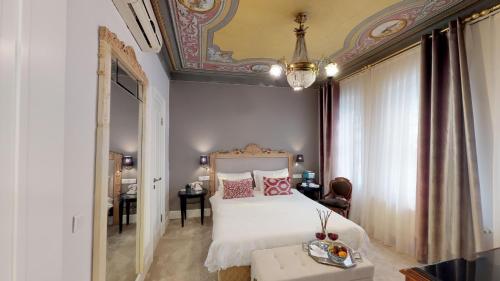 Located only 350 metres from the lively Istiklal Avenue, Faik Pasha Suites - Apartments offers air-conditioned rooms with free WiFi throughout. Free wired internet is also accessible in the business centre. The hotel, which was built in 18th century and renovated according the original construction techniques, has a spa centre and a Turkish bath.Book now
from $39 per night 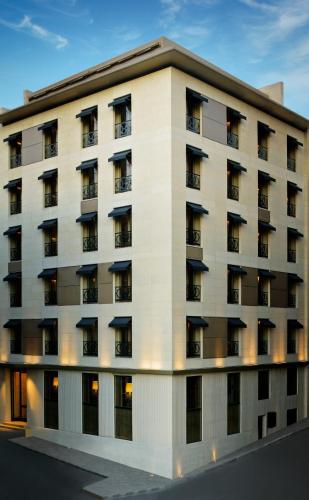 Located in the heart of the city, Suiteness Taksim Hotel is just 400 metres from Istiklal Avenue. The hotel offers luxurious rooms with soundproofing, free Wi-Fi and a private kitchenette.Book now
from $47 per night 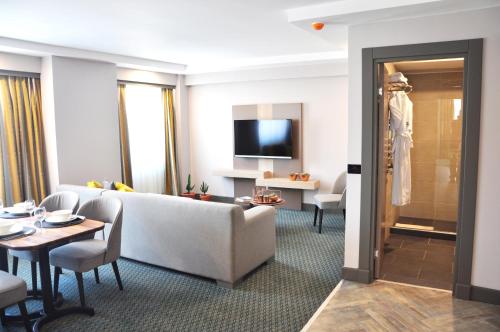 Tophane Suites is set in Istanbul and 350 metres from Tophane Tram Station, enabling easy access to many parts of the city as well as other public transports. Free WiFi is featured throughout the property.Book now
from $50 per night 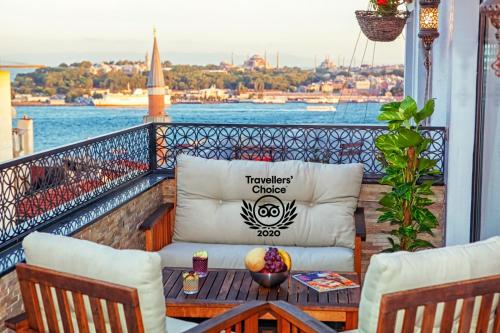 Located in the Cihangir neighbourhood of Beyoglu district, Mysuite Istanbul is just a 5-minute walk from Istiklal Avenue and Taksim Square. It offers tastefully decorated rooms with a private kitchen and free Wi-Fi. The property is a 5-minute walk from Demiroren Mall and Istanbul Contemporary Art Museum.Book now
from $56 per night 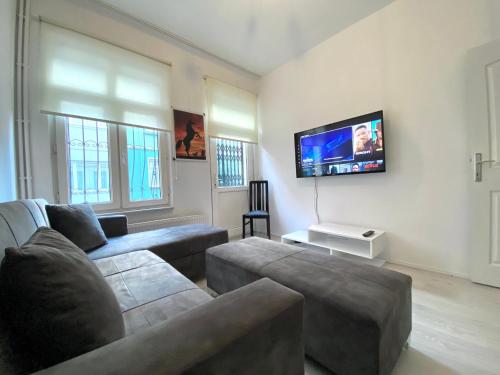 Situated in Istanbul, less than 1 km from Taksim Square, a 14-minute walk from Istiklal Street and 2.2 km from Spice Bazaar, Central Triplex House in Taksim Beyoğlu Cihangir features accommodation with a balcony and free WiFi. The property is 2.6 km from Istanbul Congress Center and 2.7 km from Dolmabahce Palace.Book now
from $143 per night 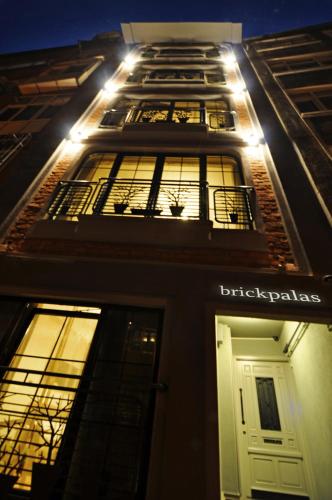 Just a 2-minute walk from the the centre of Cihangir area, Brickpalas is located in the colourful and historic Cukurcuma District. It offers air-conditioned modern accommodation, and free WiFi.Book now
from $49 per night 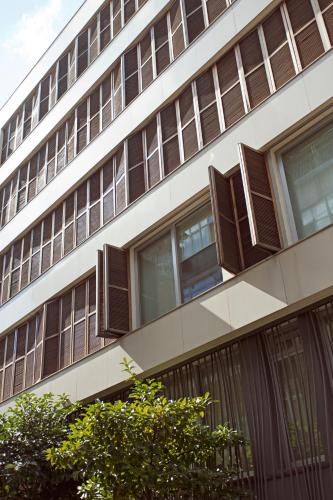 Located in lively Cihangir neighbourhood in Beyoglu, NOA - Sungu 1 is just a 8-minutes walk from Taksim Square and Istiklal Street with lots of restaurants and shops. The area surrounded by cosy cafes, bars and restaurants where you can taste local flavours. The nearest tram station is Tophane, 400 metres away, offering easy access to the historical peninsula and the famous Grand Bazaar, while Taksim metro station is 900 metres from NOA - Sungu 1. The property offers free access to fully-equipped fitness centre NoaGym, just a 10-minute walk away.Book now
from $65 per night

Just 350 metres from the seafront of Istanbul, Waw Hotel Galata Port is located 500 metres from the vibrant Istiklal Street. It offers air-conditioned accommodation and free WiFi throughout the premises.Book now
from $19 per night 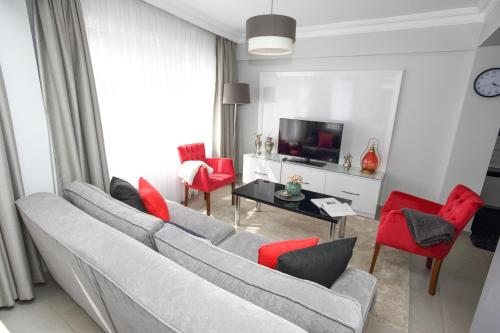 With a wrought iron gateway and traditional courtyard, Patika Suites is a self-catering accommodation located Cukurcuma District of Beyoglu. Free WiFi access is available. The property is 500 metres from Istiklal Avenue.Book now
from $35 per night

See all 35 accommodations in Istanbul-Firuzağa

The neighbourhood of Firuzağa takes its name from the Firuz Ağa Mosque in the Fatih district of Istanbul in Turkey. This stunning local neighbourhood is dominated by the Mosque, both spiritually and visually. Dating back to the ancient Ottoman Empire, the Mosque harbours a treasure trove of artistry and historic artefacts; the most notable of which is the marble sarcophagus of Firuz Aga. Located in Istanbul’s historic quarter, this district is a fantastic place to base your stay in the city if you like to delve into the history of the places you visit. A private holiday home from 9flats will put you right at the heart of this incredible district.

Holiday Apartments in Firuzağa Which Add Value to Your Vacation Plans

During the early part of the 20th century, Firuzağa and the wider Fatih area were relatively wealthy neighbourhoods of Istanbul. That has changed over recent years, as many of the city’s cash-rich residents have moved on to other neighbourhoods. Whilst Fatih is now predominantly a working class area, its privileged background means it is not short of charm and modern facilities. The district is quite rightly proud of its academic excellence; it is home to both the Halic and the Kadir Has universities. There are also two campuses belonging to the Faculty of Medicine at the prestigious University of Istanbul in the vicinity. The entire area has a rich history and a welcoming community, and by renting a holiday apartment in Istanbul, you can experience it at close-quarters.

This area of Istanbul is relatively conservative, and strict traditions of Islamic culture are followed. The Laleli Mosque as well as many of the city’s municipal buildings are located in an around Fatih, so it is important that Western travellers show respect and dignity whilst living in the community. The Çarşamba quarter in particular has a strong tradition of religion, and many of the local male residents will be seen wearing very distinctive ‘shalwar’ trousers, turbans and black gowns. The sense of history in the area is almost tangible, with landmarks such as the sea walls of the Golden Horn and the Valens District, this entire district of Istanbul is as beautiful as it is culturally rich. The best way to fully understand local traditions and customs is to immerse yourself in local life, and you can do that by renting nearby holiday accommodation in Tomtom. Living as the locals do is the only way to appreciate this incredible society.

The couchsurfing phenomenon has become so popular in recent years because it provides people with an affordable alternative to hotels, deep in the heart of local communities. The service provided by 9flats is similar to couchsurfing, but it also gives travellers the opportunity to live in luxury and seclusion – away from the intrusion of property owners and other travellers.

Latest reviews for places in Istanbul-Firuzağa