Well done. Look what authentic hosts in Augsburg-Kriegshaber are offering to you on 9flats. 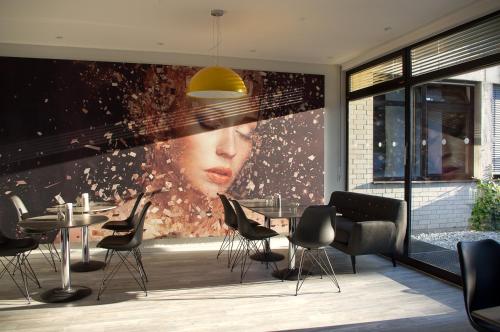 Just 2 km away from Augsburg's historic city centre, this hotel offers comfortably furnished rooms, an inviting spa area and free Wi-Fi internet access throughout the building.Book now
from $48 per night 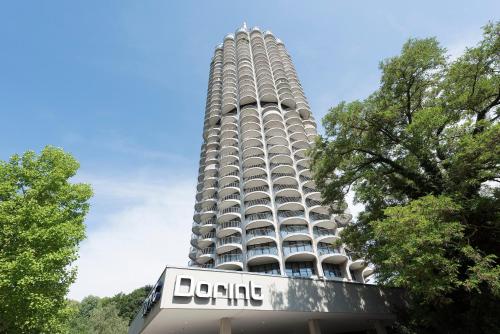 Offering free WiFi in all areas and modern-style rooms, this 4-star hotel lies in the south-west of Augsburg. It is located near Augsburg University, Augsburg Main Station and the Congress Hall.Book now
from $85 per night 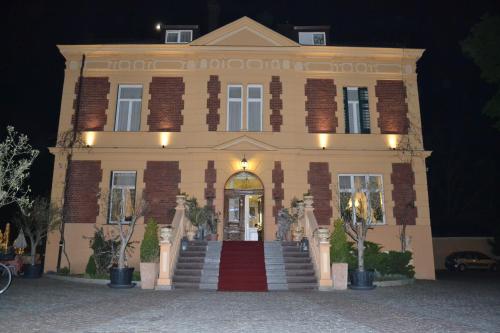 Offering a restaurant, Il Gladiatore is located in Augsburg. Free Wi-Fi access is available. Each room here will provide you with a minibar.Book now
from $85 per night 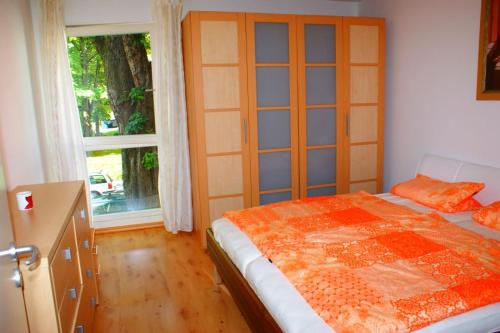 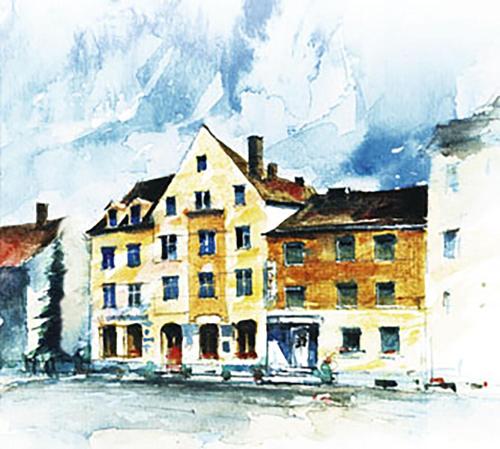 Featuring garden views, Modern Apartment offers accommodation with a balcony and a coffee machine, around 6 km from Congress Centre Augsburg. The Rosenaustadion and the Rathausplatz are within 2.4 km and 2.9 km of the apartment, and free WiFi is provided.Book now
from $96 per night 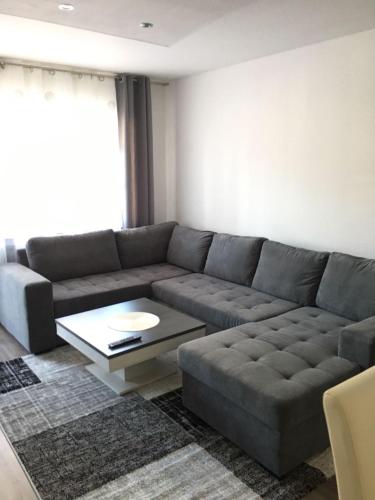 Augsburger Apartment, a property with a terrace, is set in Augsburg, 2.9 km from Rathausplatz, 3.9 km from Parktheater im Kurhaus Goeggingen, as well as 3.9 km from Zeughaus. With free private parking, the property is 6 km from Congress Centre Augsburg and 2.4 km from Rosenaustadion.Book now
from $158 per night

Offering free WiFi and free private parking, Ferienwohnung Winkler is set in Augsburg, within just 600 metres of Rosenaustadion. This apartment is 3.4 km from Zeughaus and 3.6 km from Rathausplatz.Book now
from $62 per night 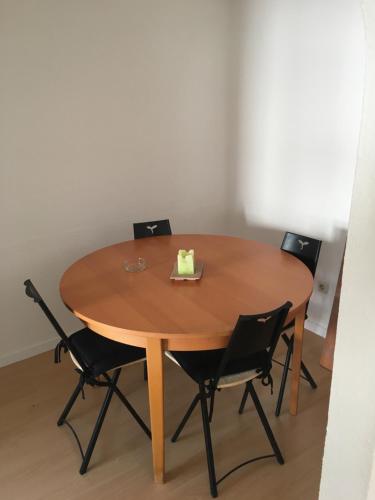 Set in Augsburg in the Bavaria region, Monteurezimmer offers accommodation with free WiFi and free private parking.Book now
from $11 per night 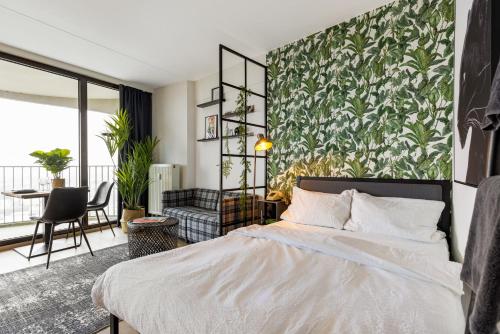 Stunning City View & Tropical Vibes - Studio Apartment is located in Augsburg, less than 1 km from Rosenaustadion, 1.1 km from Zeughaus, and 1.4 km from Rathausplatz. It is situated 2.3 km from Congress Centre Augsburg and features free WiFi plus a 24-hour front desk.Book now
from $11 per night MESSE+UNI: Modern & Stylish for 4: Kitchen+Parking is located in Augsburg, 2 km from Congress Centre Augsburg, 600 metres from Rosenaustadion, and less than 1 km from Parktheater im Kurhaus Goeggingen. This property offers access to a patio, free private parking and free WiFi.Book now
from $84 per night 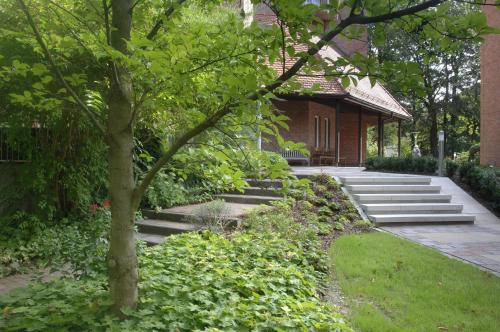 Set in the leafy surrounds of the Old Park, this hotel stands just 300 metres from Augsburg Central Station. It offers modern accommodation and all telephone calls within Germany are free to guests.Book now
from $67 per night

See all 59 accommodations in Augsburg-Kriegshaber

Kriegshaber in the northwest of Augsburg is a modern district and a popular place to live for families. Terraced houses and semi-detached houses are characteristic of Kriegshaber, alongside which there are numerous shopping facilities, businesses and also some historical buildings. With an apartment in Augsburg-Kriegshaber you live on the edge of the city and at the same time conveniently located to the city centre.

Even if the appearance today appears predominantly modern, Kriegshaber is a place with a long past. It was first mentioned in documents around the year 1000. From the 15th century onwards, the Jews of Augsburg preferred to settle here. The synagogue, the Jewish cemetery and old Jewish houses in the centre of the village still bear witness to this past. With your apartment in Augsburg-Kriegshaber you will find yourself in a pleasant residential area with a family atmosphere. Here you can live in a bourgeois atmosphere, but couchsurfing in Augsburg-Kriegshaber is not so much the norm. If you want to explore the city on the Lech and Wertach rivers, which is often wrongly overshadowed by nearby Munich, this is a very good location. Book your apartment in Augsburg-Kriegshaber with us!

Quickly in the centre: private holiday apartments in Augsburg-Kriegshaber

From your private holiday flat in Augsburg-Kriegshaber you are quickly in the centre – even without a car. Tram and bus lines connect the district with the city centre. The city is worth a visit. Numerous representative and sacral buildings, mainly from the Renaissance and Baroque periods, dominate the picture. An unmissable landmark is the splendid town hall with the Golden Hall inside – a proud testimony to civic self-confidence. Next to it rises the high Perlachturm, an old watchtower. Both buildings characterize the picture of the wide market place, which in its layout seems almost Italian. The Cathedral of Our Lady and the Basilica of St. Ulrich and Afra are the most important sacral buildings in the city and show the influence of the church in addition to the episcopal residence. A sign of worldly wealth is the Fugger’s City Palace in the style of the Italian Renaissance. The Fuggerei also belongs to the townscape, one of the earliest examples of social housing. Use a private holiday apartment in Augsburg-Kriegshaber for your stay!

City of the Fugger, Welser and Peace of Augsburg

In the late Middle Ages Augsburg was a centre of trade and finance. Two Augsburg families stand for this era: the Fugger and the Welser. Their companies, which financed emperors and kings, were among the first global players in history and directed their business from the city. The Fuggers are still present in the cityscape today and are connected with the city. For a long time Augsburg was also the seat of the Imperial Diet of the Holy Roman Empire. Another event is still closely linked with the name of Augsburg today: the Augsburg Religious Peace of 1555, which marks the first attempt to balance Catholicism and Protestantism in Germany and is celebrated in the city with a special holiday. Unfortunately the peace did not last long. The Thirty Years War followed. So when you are in Augsburg, you are truly on historical ground. We have more apartments and private holiday flats in Augsburg on offer, for example an apartment in Augsburg-Lechhausen. Good to use also as accommodation for a visit to nearby Munich.