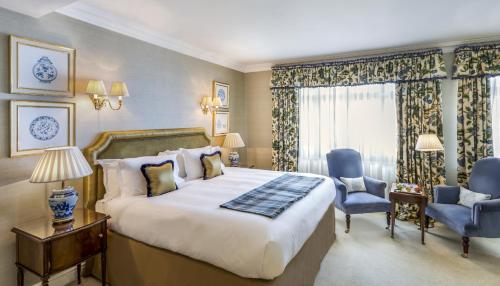 Just off Piccadilly and next to Green Park, The Stafford London is elegant, central, peaceful and charming. Alive with English character, it holds 5 AA Red Stars for its excellence and offers free Wi-Fi.Book now
from $286 per night 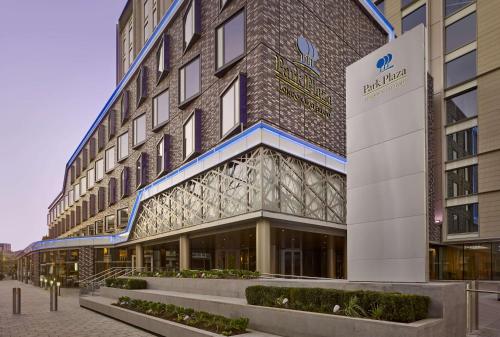 Offering a restaurant and bar, Park Plaza London Waterloo is located in London, a short walk from Lambeth North underground station and less than a 10-minute walk from Westminster Bridge and the London Eye on the South Bank. Guests can enjoy the on-site coffee bar.Book now
from $162 per night 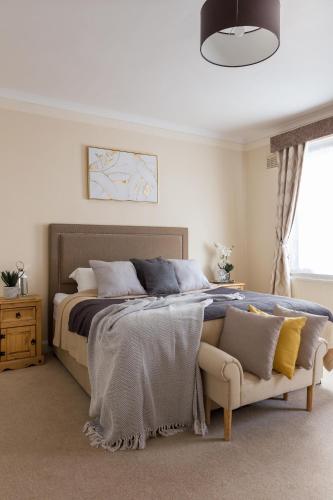 In a period building that was originally the home of famous author William Somerset Maugham, these luxurious serviced apartments offer free Wi-Fi and a free daily Times newspaper.Book now
from $207 per night 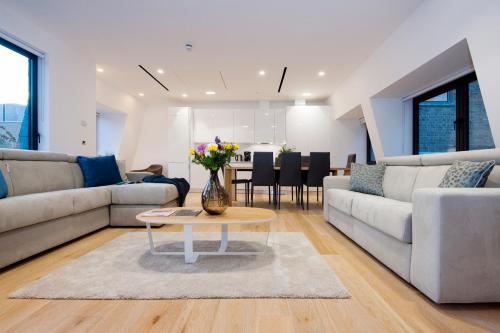 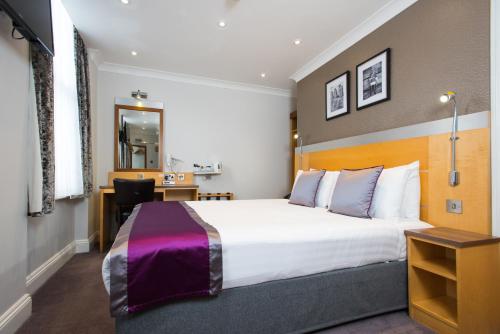 The Best Western Victoria Palace is just 500 metres from Victoria Rail Station and Westminster Cathedral. It offers air-conditioned rooms with free Wi-Fi and a 24-hour reception.Book now
from $69 per night 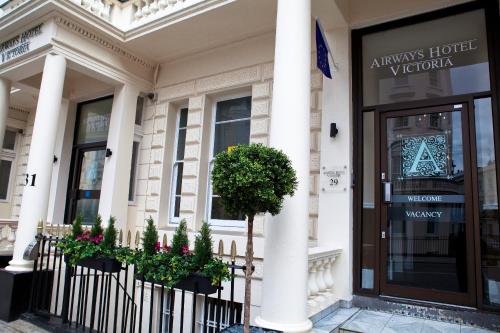 The 29 London - FKA Airways Hotel Victoria is an elegant 19th-century property, providing good-value bed and breakfast accommodation and friendly service. Victoria Coach Station is a 5-minute walk away and Buckingham Palace is nearby.Book now
from $57 per night

Featuring free WiFi throughout the property, Marlin Waterloo offers accommodation in London. Buckingham Palace is 2 km from the property.Book now
from $114 per night 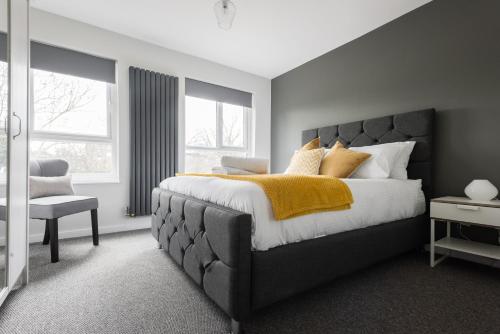 Set in London, 1.5 km from Houses of Parliament, 1.8 km from Westminster Abbey and 1.9 km from Big Ben, The Waterloo Residence offers accommodation with a terrace and free WiFi. Located 1.5 km from London Eye, the property provides a garden and free private parking.Book now
from $260 per night 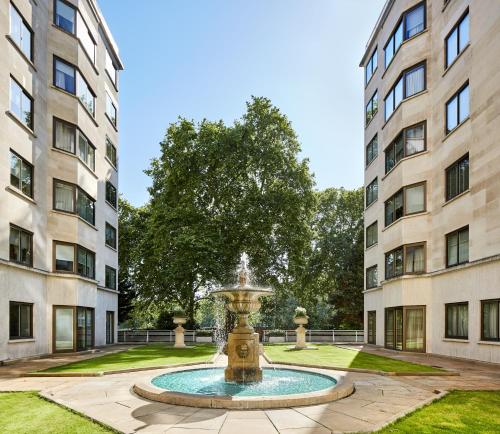 Arlington House Apartments are set in the heart of St. James and many come with impressive views overlooking Green Park. The apartments are only a 10-minute walk from Oxford Street and Leicester Square and 20 minutes’ walk from Covent Garden.Book now
from $197 per night 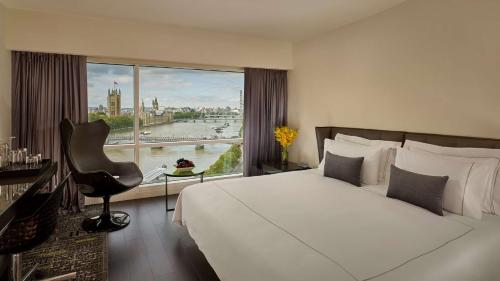 Located on the south side of the River Thames, 650 metres from the London Underground, Park Plaza London Riverbank has free WiFi and air-conditioned rooms with flat-screen TVs.Book now
from $162 per night 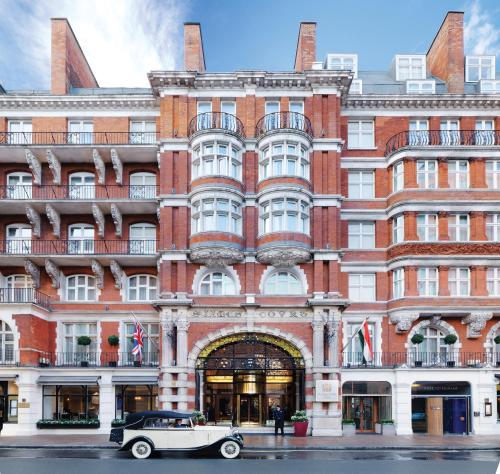 A heritage deluxe 4-star hotel, located a short walk from city highlights such as Buckingham Palace, Hyde Park and Mayfair. The hotel features 2 restaurants, a full-service spa and a selection of meeting and event spaces including a conference suite. Complimentary WiFi is provided.Book now
from $182 per night

See all 729 accommodations in London-Lambeth

Modern, polarising architecture – these are Lambeth’s hallmarks. Your apartment in Lambeth, London, takes you to one of the centres of progressive architecture, which is shaped primarily by the Royal National Theatre. Lambeth is agitating, strenuous – a good reason, therefore, to decide against couchsurfing in Lambeth/London and instead use a quiet, private holiday home in London. The Borough of Lambeth district lies south of the centre of London, directly on the Thames, and was created in 1965 by merging the districts of Metropolitan Borough of Lambeth, Clapham and Streatham.

Under the Eye of London: Your Apartment in Lambeth, London

The landmark of Lambeth is the London Eye, which opened in 2000. The Ferris Wheel was built in the immediate vicinity of the Westminster Bridge and is today the largest of its kind in Europe with a height of 135 metres. The gondolas, which are almost entirely made of glass, offer you an incomparable view over London’s old town, which is not disturbed by any aspirations due to the construction of the London Eye. One of the most important buildings of Lambeth is the Lambeth Palace. The palace has been owned by the Anglican Church since the 13th century and is the seat of the Archbishop of Canterbury. Polarising is the Royal National Theatre, near which you will also find numerous private holiday homes in Lambeth (London). The complex was completed in 1976 and is considered one of the most significant examples of architectural brutality. The people of London themselves chose the theatre as one of the ten most popular and ten most hated buildings in the city. The London Waterloo Stadium, opened in 1848, is the most important traffic hub. The ongoing expansion of the station resulted in an almost unmanageable construction of buildings and facilities, which quickly became the subject of ridicule. For this reason, the operating company decided to rebuild the entire complex – the construction work took more than twenty years. Among film fans, the station became a household name through the agent thriller “The Bourne Ultimatum”, for which some central scenes were shot in the London Waterloo Stadium.

The Old Doctor Butler’s Head on Mason’s Avenue is one of the traditional British pubs in the immediate vicinity of your apartment in Lambeth, London. The prices are moderate and the atmosphere is characterised by a dark Victorian-style interior. The pub is named after the famous quack butler, whose bizarre story is told on the menu. Although he failed in his education in Cambridge, Butler practiced for a long time as a doctor in Lambeth. He became known for his unusual healing methods. So he let patients fall through a trap door on the Londonbridge into the Thames and tried to frighten the “bad souls” by immersing the sick in ice water. Despite these inhuman and often unsuccessful treatment approaches, Butler nevertheless managed to become the personal physician of King James I.. Although the birthplace of punk music is actually in Chelsea, punk on Soho Street also follows the same tradition. The bar is extremely cosy due to its leather interior and the numerous round corners and attaches great importance to the choice of music. This proves that punk doesn’t necessarily have to have a close relationship with unkempt backyard pubs or violent groups. The music is understood here as an art form whose numerous substreams are presented in a varied programme. The bar is modelled on the SEX in Chelsea, from which the formation of the Sex Pistols emerged. After the fascinating hustle and bustle you will appreciate your quiet, private accommodation in Lambeth (London) even more. A holiday home in Chelsea/London. A completely different world will take you to a holiday home in Chelsea/London Instead of modern architecture, it is predominantly historical buildings that are the centre of London’s academic education. At the same time, the roots of hippie and punk culture can also be found here – contrasts that polarise as much as the barren construct of the Royal National Theatre.

Latest reviews for places in London-Lambeth