Well done. Look what authentic hosts in Berlin-Friedrichshain are offering to you on 9flats. 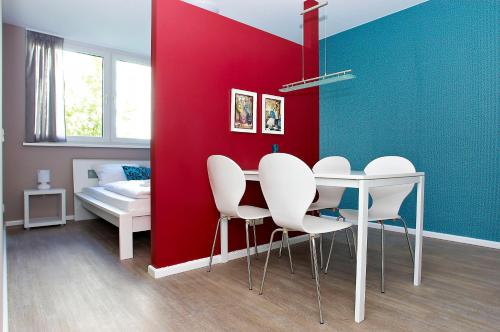 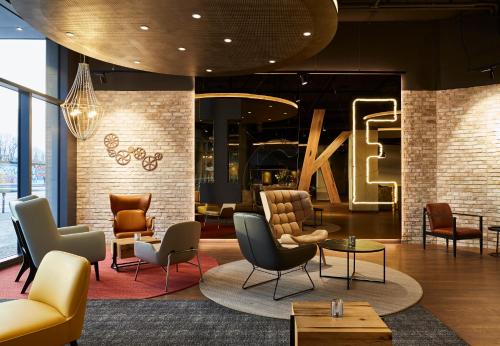 This stylish hotel lies between the Mercedes-Benz Arena and the East Side Gallery, the remaining iconic section of the Berlin Wall. It offers free WiFi, business services and a rooftop bar with stunning city views.Book now
from $94 per night 90sqm 2BR Design Gem - outdoor terrace is located in Berlin, 2.7 km from East Side Gallery, and provides a patio, garden, and free WiFi. It is situated 2.9 km from Alexanderplatz and features luggage storage space.Book now
from $107 per night 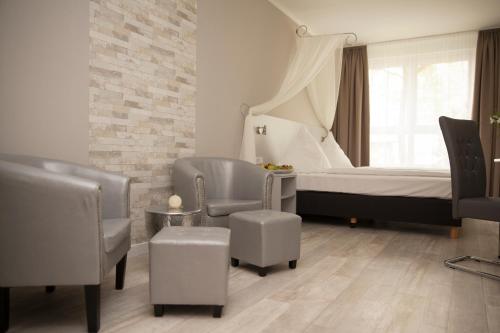 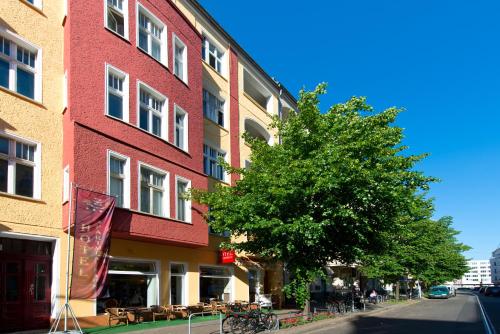 Located in the heart of Berlin’s lively Friedrichshain going-out area, this non-smoking hotel is decorated in a Russian imperial style. Hotel Zarenhof offers free Wi-Fi and theme rooms with a flat-screen TV.Book now
from $68 per night

This modern hotel and hostel in Berlin’s trendy Friedrichshain district is located opposite Warschauer Strasse Train Station. It features an Italian restaurant, indoor pool, and free Wi-Fi.Book now
from $42 per night

Europe's first music hotel, nhow Berlin is located directly on the banks of the river Spree and just a 5-minute walk from MTV Berlin and Universal Music. It offers 2 professional music recording studios, elegant spa facilities and free Wi-Fi.Book now
from $122 per night This stylish hotel lies in Berlin’s popular Friedrichshain district, right between the Mercedes Benz Arena and the East Side Gallery. It offers free WiFi, a fitness centre and a 24-hour business centre.Book now
from $71 per night 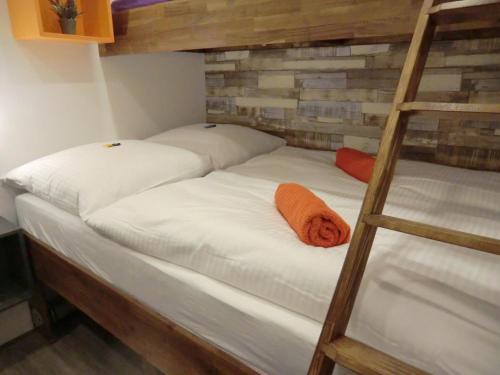 Offering luggage storage and free WiFi, this guest house is situated in the Friedrichshain district of Berlin. Hotel-Pension Cityflair is a 3-minute walk from Frankfurter Tor Underground Station.Book now
from $42 per night 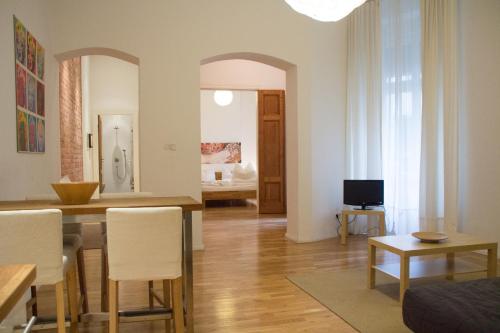 Situated in Berlin, 2.4 km from East Side Gallery and 3.3 km from Alexanderplatz, City Apartments Friedrichshain features garden views and free WiFi.Book now
from $162 per night

This 3-star hotel offers free high-speed WiFi internet, a co-working space, meeting facilities and excellent transport links. It is located in the trendy Prenzlauer Berg district of Berlin, offering easy access to Berlin's main sights, including the Brandenburg Gate and Potsdamer Platz.Book now
from $78 per night

Offering a restaurant, a 24-hour front desk and a bar, Holiday Inn Berlin City East Side is located in the trendy Friedrichshain neighbourhood of Berlin. The popular East Side Gallery is a 2-minute walk.Book now
from $88 per night

See all 105 accommodations in Berlin-Friedrichshain

Discover the trendy districts from your holiday home in Berlin-Friedrichshain

Berlin-Friedrichshain is a district of the district Friedrichshain-Kreuzberg, formed in 2001. It is located in the centre of Berlin and stretches as far as the banks of the Spree. Holiday flats in Friedrichshain are in great demand, as it is now a trendy district where chic restaurants, bars and clubs have settled and, especially in the warmer months, provide an almost Mediterranean ambience. Beautiful old buildings dominate the cityscape and the Simon-Dach-Straße promenade invites you to stroll. A holiday apartment in Berlin-Friedrichshain is recommended if you want to dine in great restaurants or celebrate in the evening. 9flats.com lets you live in the four walls of a Berliner and experience the capital city in a special way. And you shouldn’t miss out on privacy either: In the morning, you can have a leisurely breakfast, read the newspaper and then simply leave the house and make the city insecure – far away from the stereotypical hotel ambience. You don’t know our apartments in Berlin-Friedrichshain yet? Then browse through our pages right away, because our offers are provided with many pictures and descriptions, so that the decision is easier for you. Are you looking for alternatives to an apartment in Friedrichshain? Then take a look at our Holiday Apartments in Berlin-Charlottenburg, west of Friedrichshain. We also offer Apartments in Berlin-Gesundbrunnen or Holiday flats in Berlin-Reinickendorf.

Places of interest near your accommodation in Friedrichshain

Berlin-Friedrichshain is famous for its many sights. These include, for example, Oberbaum City, whose foundation stone was laid in 1906 and which is also known as “Lampenstadt” (Lamp City), since later “Osram Werke GmbH KG” took over the buildings. Today, Oberbaum City is a modern and unusual office complex. The historic Zwingli Church, the construction of which began in 1905, is located in the immediate vicinity. Today it is used as a meeting place within the framework of the parish youth craft. A stroll through the Volkspark Friedrichshain, which borders on the Bötzowviertel, will relax you, but don’t forget to take a look at the fairytale fountain, which was already built in 1913 and is one of the most beautiful fountains in the city.

Excursions around your apartment in Berlin-Friedrichshain

From your holiday apartment in Berlin-Friedrichshain you can easily get to the sights of the capital by public transport such as bus and train, regardless of whether you want to make a detour to the Brandenburg Gate or the “Alex”, or whether Wannsee and Grunewaldsee are your next destinations. If you want to shop far away from the “KuDamm” and the exclusive designer shops, have a look at the small shops of the Kreuzberg quarter, because here you will surely find something if you are looking for a souvenir or want to give yourself a present with unusual finds. Neukölln, too, has moulted in the past, because the former Berlin problem district suddenly appears in a new guise: artists feel at home here, small pubs between Sonnenallee and Landwehrkanal provide a casual and cosy break and historic half-timbered houses, cobbled streets and enchanted gardens give the district an amazing ambience. Are you interested in an overnight stay in Berlin? Then reserve your accommodation in Berlin-Friedrichshain now!

Latest reviews for places in Berlin-Friedrichshain