Well done. Look what authentic hosts in Umbria are offering to you on 9flats. 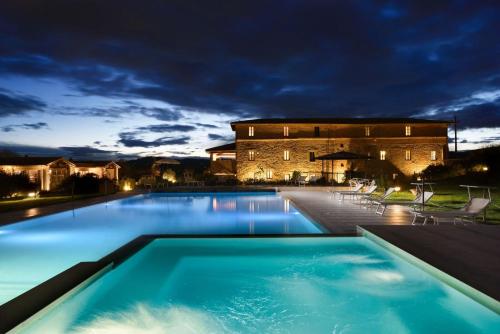 This converted monastery was built in the 1700s. Anna Boccali Resort offers elegant apartments, a restaurant specialising in local cuisine, a pool with hot tub and a peaceful location in the Umbrian countryside, 5 km outside Corciano. Lake Trasimeno is 10 minutes away by car.Book now
from $202 per night 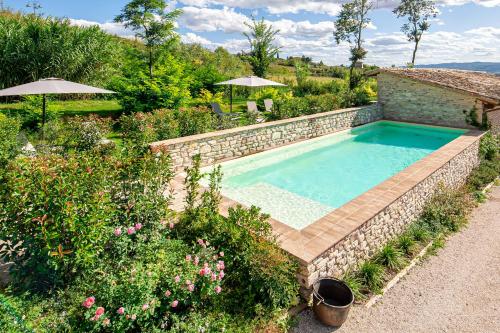 Boasting a swimming pool, a restaurant, a bar and views of the garden, Borgo Antichi Orti Assisi is situated in Assisi and features accommodation with free WiFi.Book now
from $90 per night 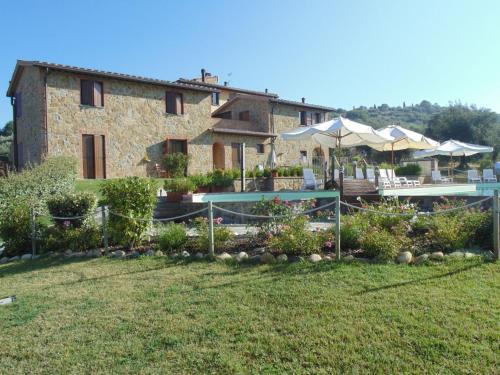 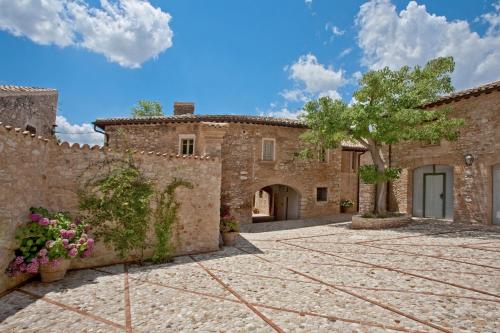 Borgo della Marmotta is housed in an ancient hamlet settled in the beautiful countryside facing the Spoleto Valley. All accommodation has air conditioning, internet access, minibar, and satellite TV.Book now
from $12 per night 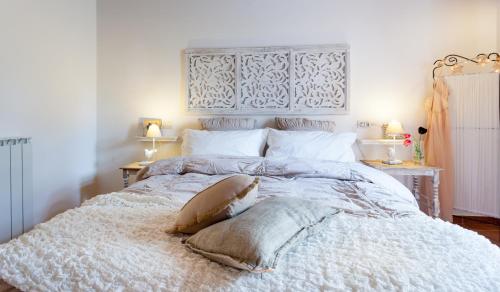 Featuring free WiFi and a seasonal outdoor pool, Le case di Lisetta Holiday homes offers accommodation in Corciano, within a private estate with olive groves and vineyards. Assisi is 27 km from the property. Free private parking is available on site.Book now
from $65 per night 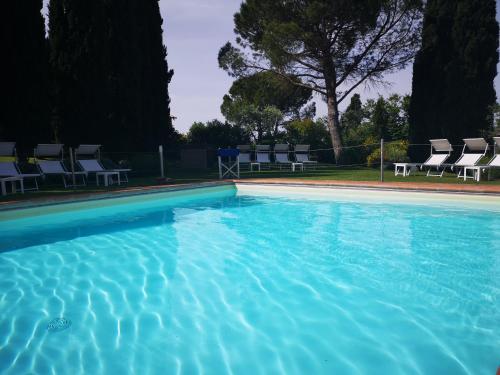 Situated in Villastrada, 21 km from Chianciano Terme, Agriturismo Palazzo Val Del Sasso features a seasonal outdoor swimming pool and free WiFi. The accommodation has a sauna.Book now
from $69 per night 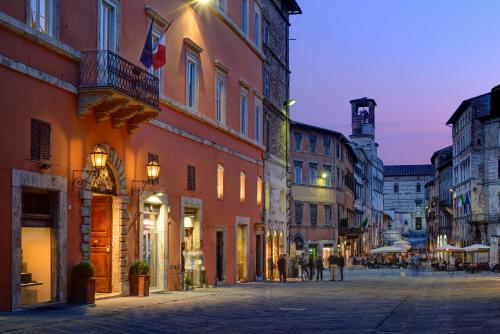 Set in the centre of Perugia along the main pedestrian street of Corso Vannucci, Hotel Locanda Della Posta offers accommodation in a historical building of the 18th century.Book now
from $107 per night 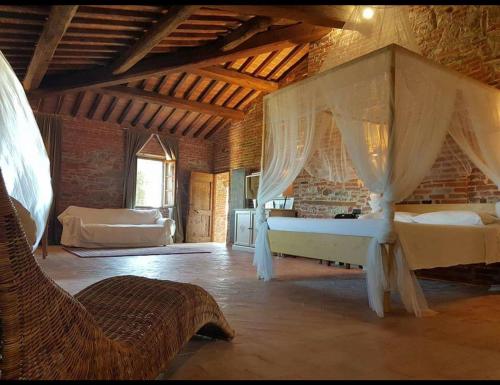 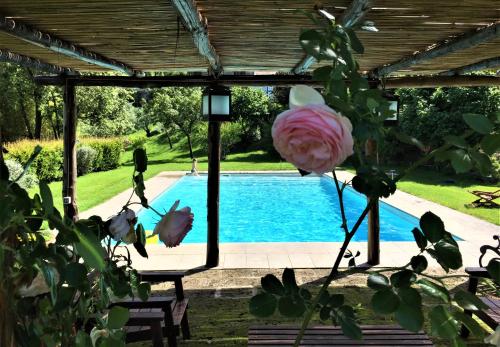 Set in the Orvieto countryside, La Sorgente offers accommodation with views. The property boasts a pool with sun loungers, an external shower and an equipped veranda and garden. Free WiFi is available in public areas.Book now
from $470 per night 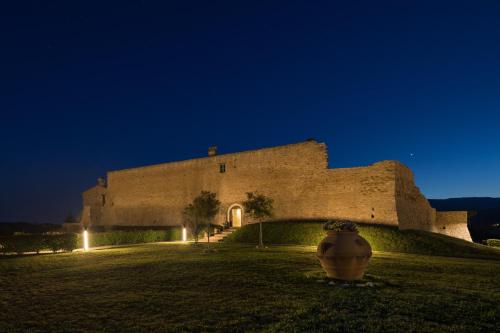 Surrounded by the Umbrian countryside, Castello di Gallano Resort offers an outdoor pool and a traditional restaurant. The centre of Valtopina is a 10-minute drive away.Book now
from $119 per night

Offering an outdoor pool and views of the mountain, Villa Cozzano is set in Pozzuolo in the Tuscany Region, 11 km from Castiglione del Lago. Free WiFi is available throughout the property and free private parking is available on site.Book now
from $12 per night

See all 3630 accommodations in Umbria

Umbria is the only Italian region without a coast, but every year it attracts visitors from home and abroad. Finally, it scores with magnificent landscapes, lakes and historic cities. Also those guests come to Umbria who love the regional cuisine. Would you also like to let yourself be seduced by the diversity of Umbria and its culinary highlights? Then have a look at our offer right away, because we offer you numerous apartments in Umbria. It doesn’t matter whether you travel alone to this region or with your family, friends or acquaintances. We have generously cut holiday apartments in Perugia as well as cosy apartments in Salticchio. and also our private holiday homes in Villanova meet the highest demands. Instead of Couchsurfing in Umbria it means then already soon for you and your dearest ones: Vacation and free space purely, because relaxation and recovery are quasi pre-programmed in our accommodations. Here you can immediately relax and enjoy your holidays to your taste.

In the middle of Italy: Apartments in Umbria

Many routes lead not only to Rome, but also to your apartment in Umbria, because you can arrive by train or by plane. If you prefer to declare your way to your destination, take the time to travel to Umbria with your own car. If you would like to make a stopover, we will be happy to supply you with the appropriate Apartment in Zurich or another location that matches your itinerary. You will see, Umbria is not called the “Green Heart of Italy” for nothing. Many meadows, pastures and forests surround historically significant cities and line the impressive foothills of the Apennine Mountains. In Umbria you can hike to your heart’s content, climb or undertake long tours by mountain bike. Paragliding is just as popular here as relaxing in the numerous thermal baths for which the region is also famous.

Your private holiday home in Umbria, the Italian treasure

It is best to decide before you arrive which sights, tours and activities you would like to include in your travel agenda, because there are really countless possibilities. Your private holiday home in Umbria is perfect for many excursions in the surrounding area. Have a look at fascinating places like Perugia, Orvieto or Assisi. After all, with their historical sights they are witnesses of past epochs. But also enjoy the culinary delights of the region: Since agriculture, pasture farming, agriculture and viticulture are typical, Umbria’s cuisine is also influenced by them. Antipasti such as Caprese-Mozzarella, Bruschetta and Tramezzini or pasta dishes such as Rigatoni con la pajata or the typical spaghetti Bolognese are served here. Pizza, meat and fish dishes are just as varied as the sweet dessert temptations. Who can resist a homemade gelato before continuing the journey of discovery to the next city?

Latest reviews for places in Umbria

Perugia
Terni
close
Cookies help us deliver our services. By using our services, you agree to our use of cookies.