Well done. Look what authentic hosts in Canton of St. Gallen are offering to you on 9flats. 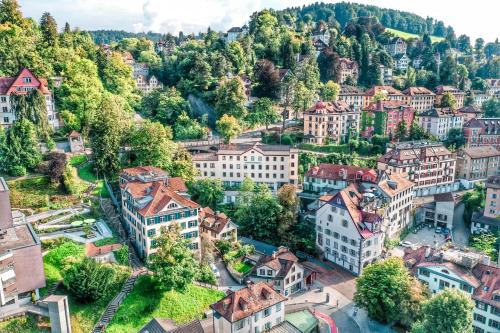 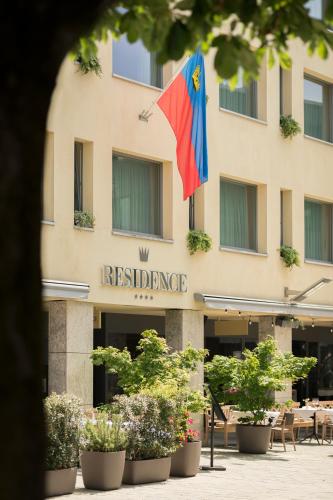 Set in the pedestrian zone in the heart of Vaduz, the 4-star Residence Hotel enjoys a location right below the Vaduz Castle. Guests can enjoy their stay in the well-equipped rooms and suites. WiFi is offered in the entire hotel for free.Book now
from $243 per night

The Grand Resort Bad Ragaz is a first-class spa hotel situated just an hour’s drive from Zurich, amidst the foothills of the Alps in Eastern Switzerland. It is surrounded by a spectacular mountain landscape with picturesque hiking trails and stunning ski resorts. The 5-star luxury resort offers its own thermal spring and a medical health centre.Book now
from $446 per night 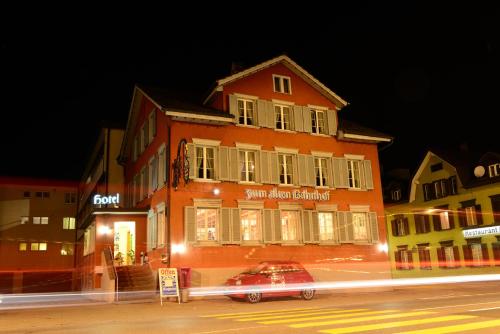 Centrally located in the village of Gossau, 7 km outside of Sankt Gallen, Hotel zum alten Bahnhof features a restaurant, en-suite rooms with cable TV and free WiFi.Book now
from $71 per night 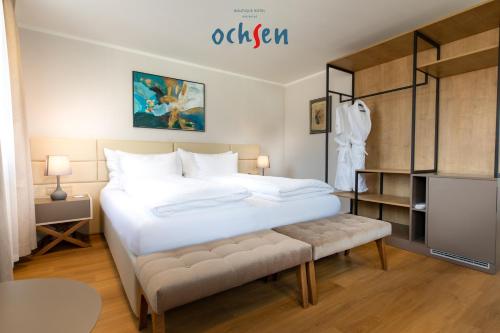 Set in Bad Ragaz, Boutique Hotel OchSen has a restaurant, bar, terrace, and free WiFi throughout the property. Private parking can be arranged at an extra charge.Book now
from $109 per night

Hotel Freihof is located at the beginning of the main shopping street in the centre of Wil, and offers an on-site Mexican restaurant with a bar, free WiFi in all areas, and free access to the fitness centre next door.Book now
from $109 per night 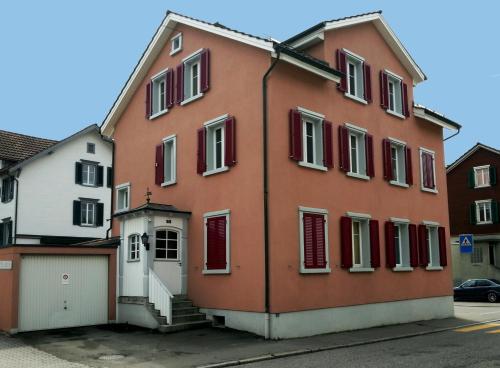 Situated in Gossau, 14 km from St. Gallen, Ferienwohnungen im Fürstenland features a garden and free WiFi.Book now
from $111 per night 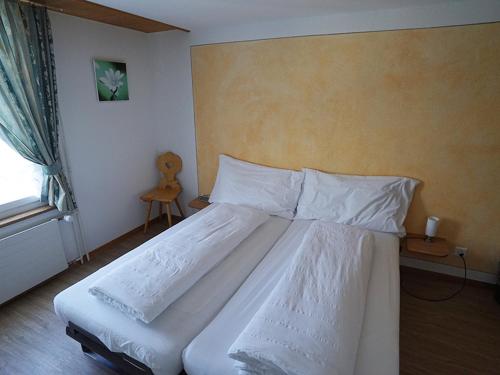 Located in Benken, Landgasthof Sternen features a restaurant, garden, water sports facilities, and free WiFi. Private parking can be arranged at an extra charge.Book now
from $92 per night 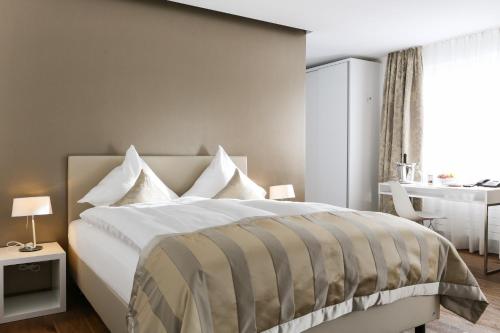 Centrally situated just opposite the Uzwil Train Station, Hotel Uzwil features rooms with modern facilities, a business corner, an à-la-carte restaurant and a bar. Free Wi-Fi in the entire property and free private parking are provided.Book now
from $136 per night 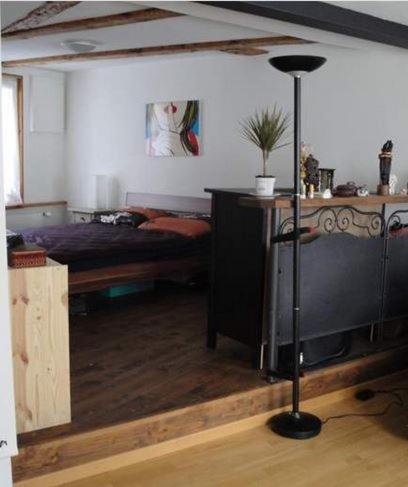 Altstadtappartment is located in Altstätten. The accommodation is 44 km from Damuls.Book now
from $140 per night 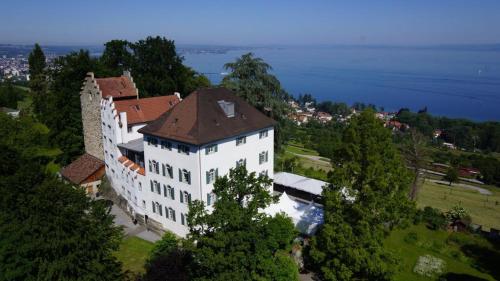 Surrounded by a large garden with a terrace and a historic chapel, Schloss Wartensee in Rorschacherberg offers panoramic views over Lake Constance. The tour desk can assist guests in planning their days out.Book now
from $133 per night

See all 534 accommodations in Canton of St. Gallen

Information about Canton of St. Gallen

The German-speaking canton of St. Gallen is located in the northeast of Switzerland and borders Lake Constance as well as Lake Walen and Lake Zurich. This offers you a variety of possibilities to find a suitable apartment in the canton of St. Gallen. With our accommodations we give you a completely new travel feeling, because similar to couchsurfing in the canton of St. Gallen, it is private people who make their apartments available. However, you will not share them with other guests, but enjoy the unrestricted freedom and your privacy when you reserve an Apartment in St. Gallen, the capital of the canton of the same name. Two nice alternatives are Holiday Homes in Rapperswil and Apartments in Niederuzwil. It is best to have a look at the entire selection of our private holiday apartments in the Canton of St. Gallen; we have added photos, descriptions and comments from those guests who already lived there. These details will certainly make your decision easier.

Book one of the cosy apartments in Canton St. Gallen!

You can reach the canton of St. Gallen from Germany via the well-developed motorway network. Of course, you can also use train connections that will take you to your apartment in the canton of St. Gallen. But it’s usually faster by plane, for example to Geneva or Zurich. However, we also recommend a rental car, as the region offers so many sights that you are more mobile with a car and can also get to more remote areas. Take, for example, the region St. Gallen-Bodensee, which is only an hour’s drive from Zurich and stretches from the shores of Lake Constance to the foothills of the Alps and the picturesque Rhine Valley. Idyllic villages will surprise you amidst forests and meadows. Rorschach is a harbour town on Lake Constance. Stately town houses tell historical stories, while cyclists and skaters run along the promenade towards their next destination. The “Kornhaus” awaits you in the town centre. It is the most beautiful Swiss granary and the city’s landmark. The southern atmosphere, great events and delicious Lake Constance cuisine will seduce you in Rorschach. Only 31 kilometres to the south lies the historic Altstätten in the middle of the Rhine Valley. The idyllic centre with small alleys and arcades as well as the colourful markets is a popular excursion destination and from here it is only a stone’s throw to the Bannriet nature reserve.

Around the private holiday residences in Canton St. Gallen

If you decide to go to the capital to book your private holiday home in the canton of St. Gallen and plan a stay in a pure city, you don’t actually need a car, after all, St. Gallen is known as the “city of short distances”. Otherwise, you should definitely take a trip to the UNESCO-listed city, because not only sensational sights such as the historic Stifts district await you here, but also picturesque parks, chic boutiques and hip shopping miles as well as cosy restaurants that will seduce you with Swiss delicacies. If you also want to get to know the Allgäu high alpine region during your round trip, look around for a suitable Apartment in Oberstdorf.