Well done. Look what authentic hosts in Bordeaux-Centre are offering to you on 9flats. 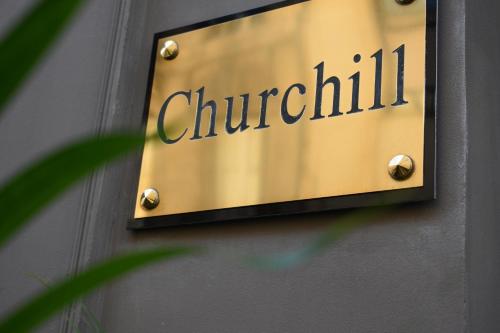 Hôtel Churchill Bordeaux Centre is located on an animated street, a 2-minute walk from Place Gambetta in the heart of Bordeaux. It offers free WiFi and comfortable, budget accommodation.Book now
from $117 per night

La Belle Endormie is offering accommodation in Bordeaux. The property is around 700 metres from CAPC Musee d'Art Contemporain and 800 metres from Esplanade des Quinconces. Grand Théâtre de Bordeaux is 1.1 km from the bed and breakfast and Wine and Trade Museum is 1.2 km away.Book now
from $153 per night

Offering a shared lounge and free WiFi, Bord'ôappart Le Cheverus is located in the Bordeaux City-Centre district in Bordeaux, 300 metres from Saint-André Cathedral. Housed in a building dating from 2014, this apartment is 1.4 km from Stone Bridge and 1.7 km from Place de la Bourse.Book now
from $11 per night 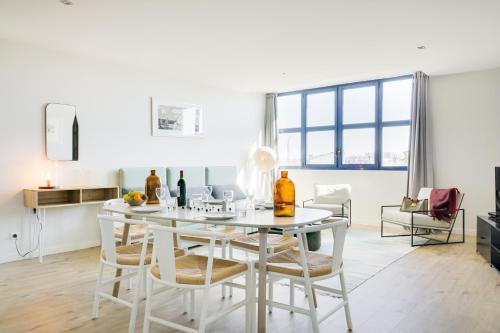 Featuring accommodation with free WiFi, air conditioning and flat-screen TV, IKO Bordeaux Appartements is situated 2.6 km from Esplanade des Quinconces and 2.7 km from Saint-André Cathedral. Private parking is available on site for a fee and according to availability.Book now
from $121 per night 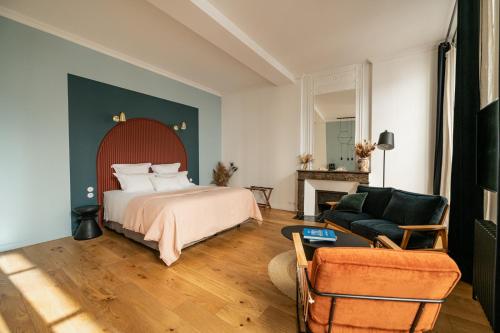 Conveniently set in the Bordeaux City-Centre district of Bordeaux, B&B La Maison Fernand is located 500 metres from Saint-André Cathedral, 500 metres from Great Bell Bordeaux and 600 metres from Museum of Aquitaine. Featuring a terrace, this property is situated a short distance from Saint-Michel Basilica, Stone Bridge and Place de la Bourse. The accommodation provides room service, and luggage storage for guests.Book now
from $147 per night 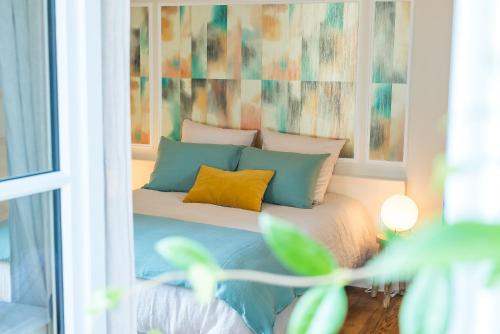 Right in the heart of Bordeaux, situated within a short distance of Saint-André Cathedral and Museum of Aquitaine, L'Appartement - Hôtel Singulier Bordeaux offers free WiFi, air conditioning and household amenities such as a microwave and coffee machine. Housed in a building dating from 2018, this apartment is 1.6 km from CAPC Musee d'Art Contemporain and 1.9 km from Place de la Bourse.Book now
from $11 per night 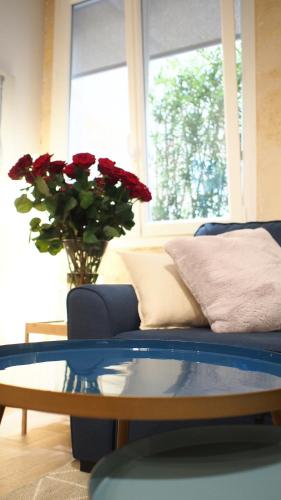 Set in Bordeaux, 300 metres from Place de la Bourse, 700 metres from Esplanade des Quinconces and less than 1 km from Grand Théâtre de Bordeaux, Esprit Bordelais offers accommodation with a patio and free WiFi. The apartment, set in a building dating from 1900, is 1.6 km from Great Bell Bordeaux and 1.8 km from Museum of Aquitaine.Book now
from $11 per night 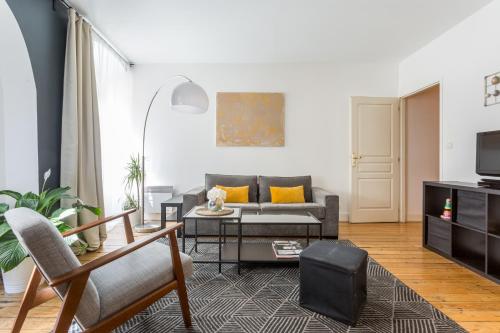 Providing city views and free WiFi, Bordeaux Bouquiere provides accommodation in a prime location in the centre of Bordeaux, within a short distance of Great Bell Bordeaux, Saint-Michel Basilica and Museum of Aquitaine.Book now
from $78 per night 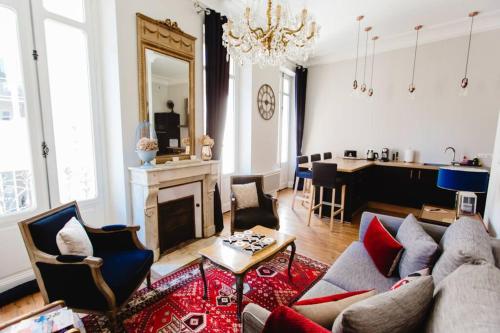 Featuring city views, Bordeaux Saint André - elegant, central and quiet provides accommodation with a balcony and a kettle, around 40 metres from Saint-André Cathedral. The property, housed in a building dating from 1900, is 1 km from Place de la Bourse and 1.2 km from Esplanade des Quinconces.Book now
from $105 per night 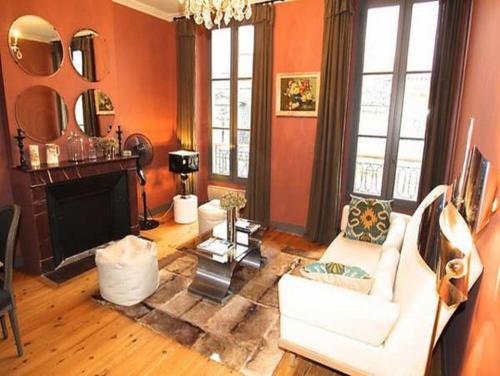 Located in Bordeaux and only 1.2 km from Esplanade des Quinconces, Gambetta provides accommodation with city views, free WiFi and free private parking. The property is 1.9 km from Saint-André Cathedral and 2.1 km from Museum of Aquitaine.Book now
from $11 per night 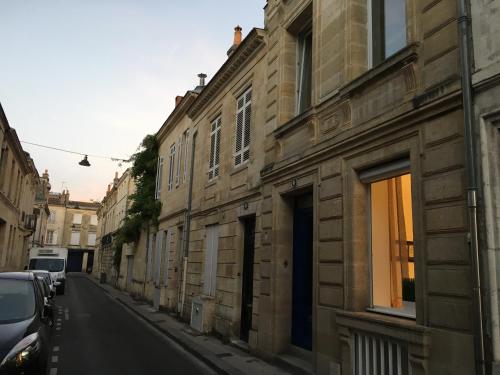 Set within 1.4 km of Esplanade des Quinconces in the Bordeaux City-Centre of Bordeaux, Le Saint Fort - Protocole sanitaire strict offers accommodation with a flat-screen TV. Free WiFi is provided.Book now
from $74 per night 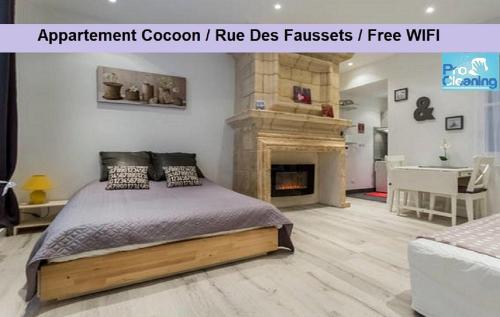 Appart Cozy / Quartier St Pierre in Bordeaux features accommodation with free WiFi, less than 1 km from Place de la Bourse, a 13-minute walk from Stone Bridge and 1.2 km from Saint-Michel Basilica. This apartment is 1.6 km from Museum of Aquitaine and 1.7 km from Grand Théâtre de Bordeaux.Book now
from $119 per night

See all 497 accommodations in Bordeaux-Centre

Bordeaux is a city of some 250,000 people located in southwestern France. The city is known for its wine trade from the surrounding famous vineyards and was for a long time known as the ‘Sleeping Beauty’ of France. A holiday apartment in Bordeaux Centre will see you right in the middle of this elegant and historic city. This area is where the elegance and culture of the 18th century centre mixes with the large student population to produce an exciting community. Your holiday apartment in Bordeaux Centre allows you to join that community and experience the city just as a local does. Indeed, your holiday accommodation in Bordeaux Centre offers an authentic travel experience much like couchsurfing in Bordeaux Centre but provides you with a far greater degree of comfort and privacy in your own room or apartment.

Exploring from your holiday apartment in Bordeaux Centre

When choosing a holiday apartment in Bordeaux you really could do no better than choose Bordeaux Centre. As mentioned above, the city was long referred to as the ‘Sleeping Beauty’ of French cities. This is largely because the city was hiding its beauty under years of neglect. This all changed in 2000 when the Centre area underwent a huge transformation, pedestrianising many boulevards, restoring buildings and introducing a new high-tech public transport system. These efforts transformed Bordeaux Centre and the area now forms the largest urban UNESCO World Heritage Site. The 18th century city centre is one of the best preserved and most complete in Europe and now attracts many film makers to its atmospheric streets.

Bordeaux Centre is a perfect base, not just to admire the surrounding architecture, but also to take in some great local sights. Right on your doorstep is the Cathédrale Saint-André, which dates back almost 1,000 years. There are superb gargoyles and if you can manage to climb the 232 steps to the top of the tower, then the views are magnificent. The Esplanade des Quinconces is a magnificent 19th century square, at the heart of which is a beautiful fountain, dedicated to the Girondins, many of whom were executed during the French revolution.

Choosing another district in Bordeaux

Just a little to the north of the city centre, a holiday apartment in Le Bouscat is still close enough to be convenient for city centre attractions but has its own atmosphere. It is a quieter, pleasant suburb, with a lower rise, less urban feel. The well to do area feels much like a provincial French town, with a good selection of local bars and bistros. It is also very convenient for a stroll in the botanic gardens or a visit to the adjacent Natural History Museum. In the north of the district is Le Bouscat Hippodrome, where you can enjoy some great horse racing. For the most authentic accommodation, for less than the price of a standard hotel room, book your apartment in Bordeaux Centre or Le Bouscat now.