Well done. Look what authentic hosts in Wiesbaden are offering to you on 9flats. 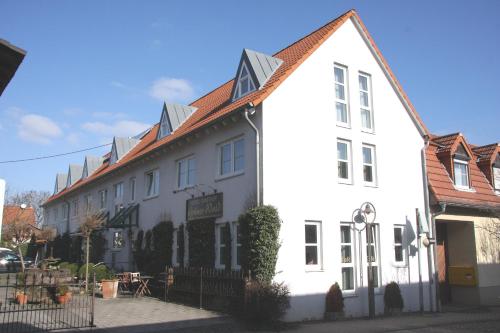 This delightful family-run hotel in Wallau is ideally located between Wiesbaden, Mainz and the Wiesbaden trade fair. All of these destinations can be reached within 20 minutes by car.Book now
from $66 per night 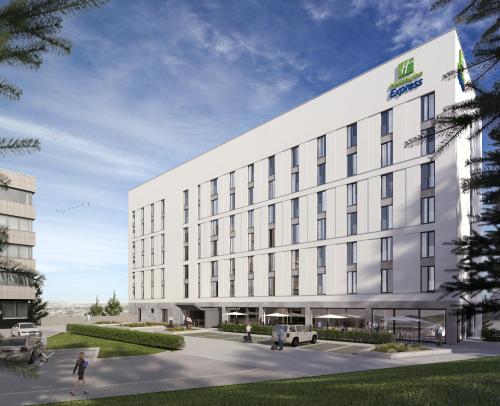 Situated in Wiesbaden, 1.8 km from Brita-Arena, Holiday Inn Express - Wiesbaden features air-conditioned accommodation and a bar. Among the facilities of this property are a restaurant, a 24-hour front desk and a shared lounge, along with free WiFi. The property is non-smoking and is located 6 km from Biebrich Palace.Book now
from $62 per night 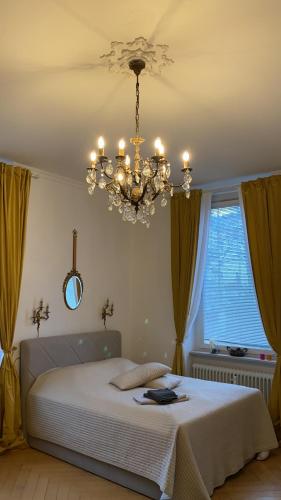 Villa Uhland provides accommodation located in Wiesbaden, 2 km from Brita-Arena and 4.2 km from Neroberg. Free WiFi is provided and private parking is available on site.Book now
from $85 per night

Surrounded by scenic woodland, this hotel in Budenheim features rooms with a balcony. The River Rhine is just 3 km away.Book now
from $63 per night 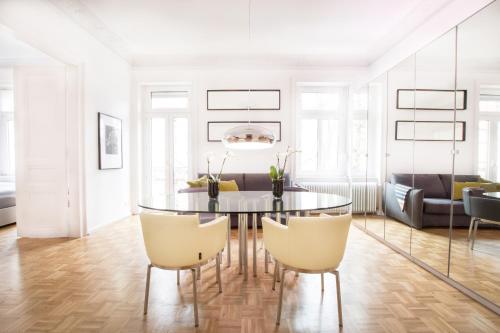 In the Westend district of Wiesbaden, close to Rhein-Main Halls, Design-Oase für Dich, Familie und Freunde features a terrace, free WiFi and a washing machine. Boasting a patio, the apartment is in an area where guests can engage in activities such as hiking, cycling and table tennis.Book now
from $12 per night 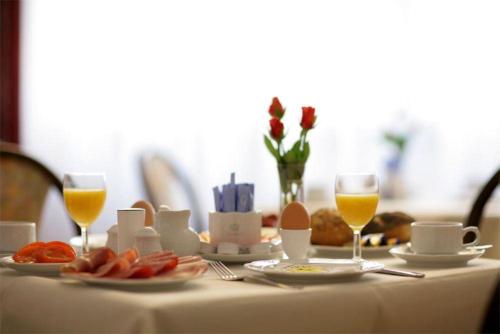 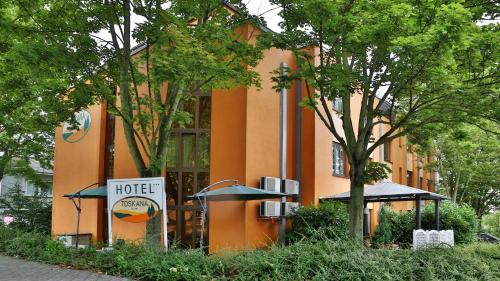 Located on the outskirts of Wiesbaden. just a 2-minute drive from the A66 motorway, this 3-star hotel offers free WiFi, free pay TV (8 Sky channels) and free parking.Book now
from $47 per night

This 3-star hotel is a beautiful villa, offering a harmonious blend of modern comforts and traditional style here on the northern edge of Wiesbaden city centre, close to all main sights, shops and restaurants.Book now
from $72 per night 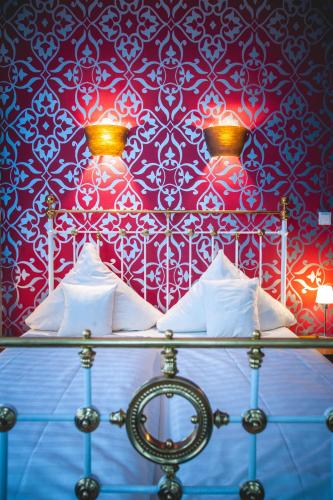 Just a 2-minute walk from the Rhein-Main-Hallen Conference Centre in Wiesbaden, this hotel offers stylish rooms with free Wi-Fi and a large hot/cold breakfast buffet.Book now
from $47 per night 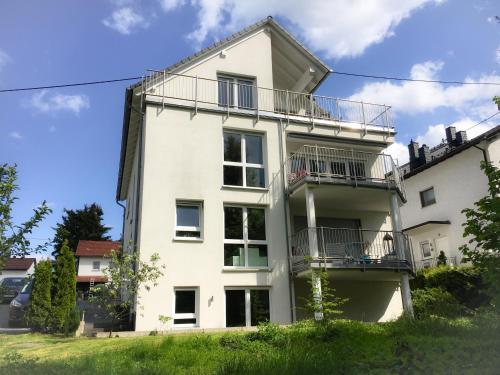 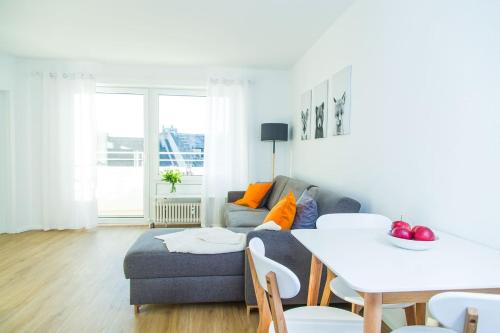 Set in Wiesbaden, 1.5 km from Rhein-Main Halls, 1.9 km from Thermal Area of Wiesbaden and 2.2 km from Kochbrunnen Fountain, Cute & Cozy offers accommodation with a balcony and free WiFi. Housed in a building dating from 1972, this apartment is 5 km from Neroberg and 1.3 km from Liliencarree.Book now
from $81 per night 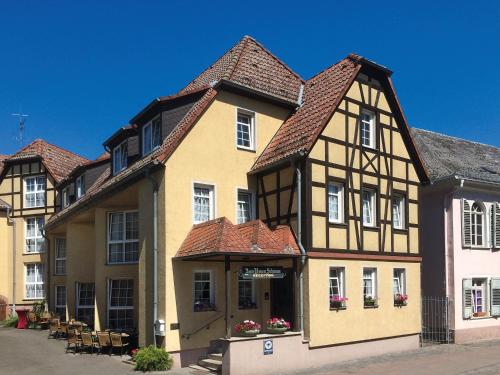 This country-style hotel in Walluf enjoys a peaceful location directly on the river Rhine, only a 10-minute drive from Wiesbaden’s city centre.Book now
from $61 per night

See all 206 accommodations in Wiesbaden

Holiday in one of the oldest health resorts in Europe: Holiday apartments in Wiesbaden

Due to the many mineral and thermal springs, Wiesbaden is one of the oldest health resorts in Europe. Also tourists like to come to Wiesbaden because of this fact to do something for their health and at the same time to use the sights of the city and its surroundings. For a stay of any kind, 9flats.com has the right private holiday apartment in Wiesbaden or an affordable apartment that is individually furnished. Our accommodations in Wiesbaden are located both in the centre of the city and in the neighbouring residential areas. They provide the greatest possible comfort and facilitate contact with the locals.

The flair of the spa, congress and state capital of the federal state of Hesse is also noticeable in the tourist activities that can be undertaken in Wiesbaden. For example, Wiesbaden is the starting point for many hiking trails that can be used to explore the surrounding area of the city. The starting point of a hike on the Rheinsteig can be the private holiday apartment in Wiesbaden, where all the utensils for a hike can be comfortably accommodated. The Rheinsteig, which leads to Bonn, runs past all the larger castles and offers an impressive panorama of the Rhine and the surrounding mountains. The long-distance cycle paths are particularly suitable for the sporty, who, for example, stay in a holiday apartment in Mainz-Kostheim with bicycles and other luggage, because the entire Rhine-Main area or the banks of the Rhine can be explored on them. However, before you plunge too much into sporting activities, don’t forget the sightseeing programme. A cheap holiday apartment in Wiesbaden, which is located directly in the city centre, is only a stone’s throw away from the venerable old town and the impressive Schlossplatz. The old as well as the new town hall and of course the city castle, in which today the Hessian state parliament meets and a plenary hall in the inner courtyard has let connect, can be visited and admired there. The city’s boulevard is Wilhelmstraße, which is lined with numerous elegant cafés and various museums. Among the museums that are particularly worth seeing is the Landesmuseum, which unites many contemporary works under its roof. On the street you can also admire houses that served as former film backdrops – such as the Villa Clementine, which was shown as a manor house in the film “The Buddenbrooks”. At the end of Wilhelmstraße you reach the Kureck – a green strip with a spa house. Around the ensemble of buildings a magnificent spa park was created, the sight of which alone can contribute to the recovery of many patients. Directly opposite the Kurhaus Colonnades are the Theater Colonnades, which house the Hessian State Theater and cause a sensation with their regular performances. After such a program one will enjoy it in the evening to be able to put one’s feet up in one’s own apartment in Wiesbaden!

Private accommodation in Wiesbaden – there’s no better way to spend your holiday!

To explore the city and its surroundings, it is ideal to book a private holiday apartment in Wiesbaden. If you are looking for a holiday apartment in Frankfurt, an overnight stay in Munich or even for an accommodation in Lloret de Mar, you will surely find what you are looking for on the internet portal 9flats.com and can spend a relaxing and unique holiday in a cosy accommodation in Wiesbaden.

Latest reviews for places in Wiesbaden