Well done. Look what authentic hosts in Utah are offering to you on 9flats. 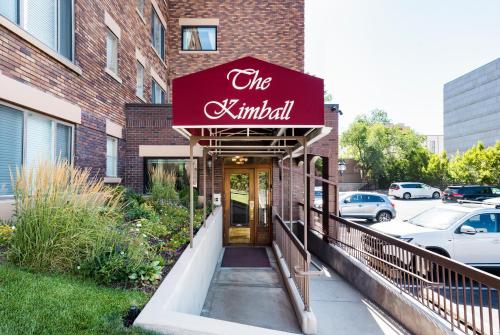 The Kimball at Temple Square

A hot tub is on site at this aparthotel. Apartments feature a full living room. The Kimball at Temple Square minutes’ walk away and the Salt Palace Convention Center is 10 minutes' walk from the property.Book now
from $104 per night 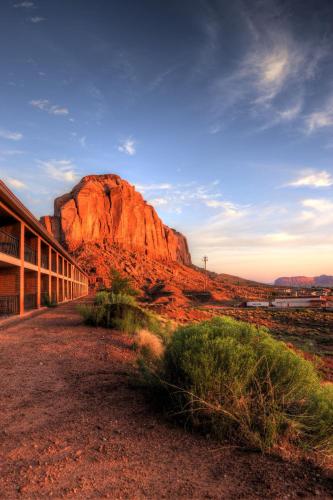 Goulding's Lodge offers accommodation in Monument Valley. Among the facilities of this property are a restaurant, a 24-hour front desk and an ATM, along with free WiFi. The resort has an indoor pool and a tour desk.Book now
from $129 per night 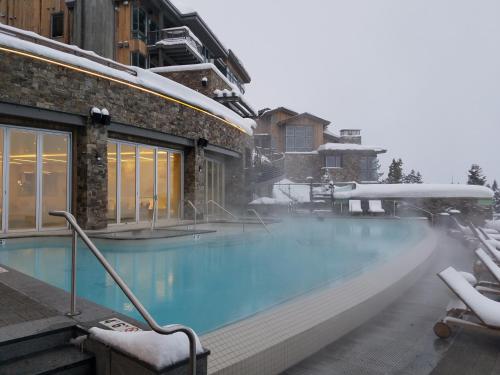 Located in Park City, 11 km from The Canyons Resort, Stein Eriksen Residences provides accommodation with a restaurant, private parking, an outdoor swimming pool and a fitness centre. With free WiFi, this 4-star hotel offers ski-to-door access and a 24-hour front desk. The hotel features family rooms.Book now
from $1,593 per night 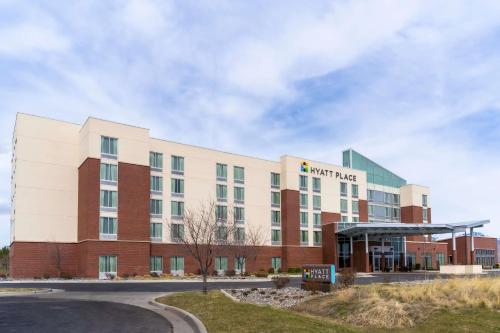 A free airport shuttle is featured at this Salt Lake City airport hotel. Rooms offer a flat-screen cable TV and mountain views.Book now
from $94 per night 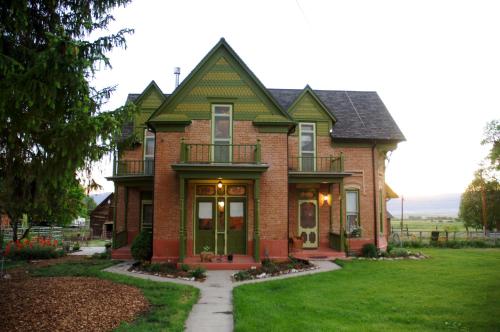 The Osborne is offering accommodation in Spring City. Among the various facilities are free bikes. Guests can make use of a shared lounge.Book now
from $11 per night 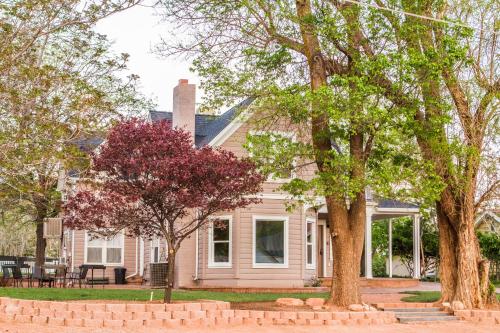 Situated in Kanab, Grand Circle Lodge features free WiFi, and guests can enjoy a shared lounge, a garden and a terrace.Book now
from $11 per night

Located less than one mile from the Dixie Convention Center, this hotel features rooms with flat-screen TVs and free Wi-Fi. The Comfort Inn welcomes guests with breakfast served each morning.Book now
from $71 per night 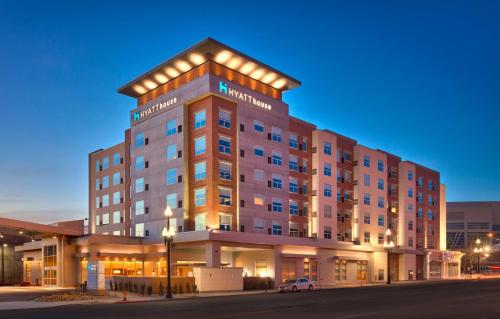 Situated in Salt Lake City, 1 km from The Tabernacle, Hyatt House Salt Lake City Downtown has on-site dining and rooms with free WiFi access. An outdoor pool is available and a free breakfast is served daily.Book now
from $99 per night 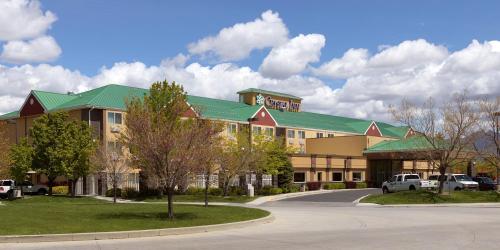 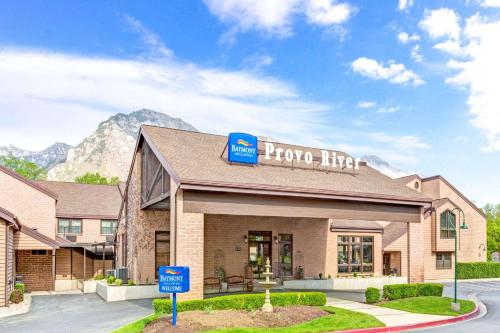 Nestled in the mountains and adjacent to the Provo River Trail, this Utah hotel features an indoor pool and a hot tub. Baymont Inn & Suites Provo River's spacious rooms provide free Wi-Fi.Book now
from $46 per night 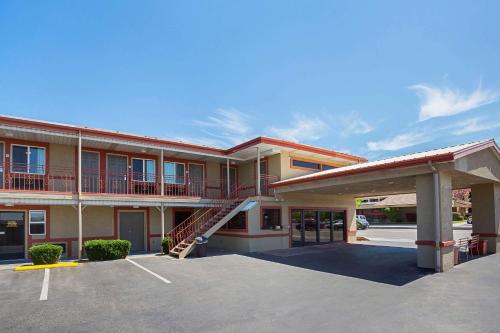 Econo Lodge Hurricane - Zion National Park Area is a 3-star property located in Hurricane. The hotel features an outdoor swimming pool and a 24-hour front desk and free WiFi throughout the property.Book now
from $38 per night

See all 10705 accommodations in Utah

The Beehive State – the nickname of Utah – was settled from 1847 by Mormons, who still make up the majority of the population today. They chose a difficult lot, as Utah’s landscape is considered difficult to use for agriculture. But that doesn’t have to stop you from visiting the state, because we offer you numerous air-conditioned holiday apartments in Utah, which make a comfortable stay possible.

Your accommodation in Utah, for example in Salt Lake City

Due to the isolation of the Rocky Mountains, Utah has a very dry steppe climate with hot summer months and cold, snowy winters. Salt Lake City is one of the most popular winter sports areas in the USA and hosted the 2002 Winter Olympics. This also makes Utah a state of contrasts. On one side there are snow-covered mountains as high as 4,000 metres, such as Kings Peak, and on the other side there are the dry, hot and baking plains of the Great Salt Lake. From an economic point of view, Utah is dominated by mining. Utah is home to important copper and uranium deposits, which are mainly extracted by open-cast mining. Some travellers use the numerous private holiday homes in Utah to visit one of the mines from there. West Jordan invites you on an excursion into the history of the region’s origins. The Gardner Village is an important open-air museum here, including the sawmill built in 1850. West Jordan is a good example of how the small towns founded by Mormons developed in the early days. To this day, the city’s economic focus is on primary production: agriculture, mining, tanning, and the operation of water mills. If you are looking for more peace and quiet, Orem would also be a good option. The small town is located right on the banks of the Utah Lake and gives you access to the sparsely populated Wasatch Mountains. Just relax, hike through vast forests and relax undisturbed on the shore of the lake – this is also possible with an apartment in Utah.

Apartments in Utah: Discover the stone bridges in the desert!

Some of Utah’s most famous attractions include the numerous natural stone bridges that have formed over millions of years as a result of corrosion. The world’s largest of its kind is the Rainbow Bridge in the national park of the same name, which you should definitely visit from your holiday home in Utah. The span of the bridge is no less than 82 meters, but for a photo you have to take a very special adventure. The sanctuary of the Navajo Indians is not accessible by road, but can only be reached by water and a challenging hike through the desert. The Salt-Lake Temple in Salt Lake City is a reminder of the dominant influence of the Mormons. The neo-Gothic style sacred building is the largest temple of the religious community and was inaugurated in 1893. So an overnight stay in Utah will be an exciting trip into the region’s faithful and hard working past – the informative guided tours through the sacred building make it possible. If you are lucky enough to stay in the USA on Independence Day, you should visit Provo. It’s where the annual Stadium of Fire takes place, an event at Brigham Young University that features America’s largest stadium fireworks. An apartment in Utah is the best option to visit the heart of the United States cheaply and comfortably. Book now Accommodation in the USA at 9flats.com – also in the neighboring countries. For example, you can find our Holiday homes in Arizona, our Accommodations in Nevada or also a Holiday home in Colorado.