Well done. Look what authentic hosts in Turin are offering to you on 9flats. 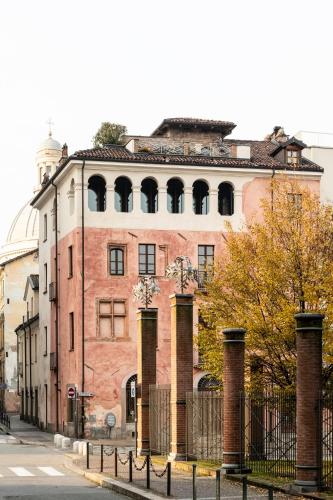 Located in Turin, Casa Pingone provides city views and free WiFi, 1.7 km from Mole Antonelliana and 2.8 km from Polytechnic University of Turin.Book now
from $186 per night 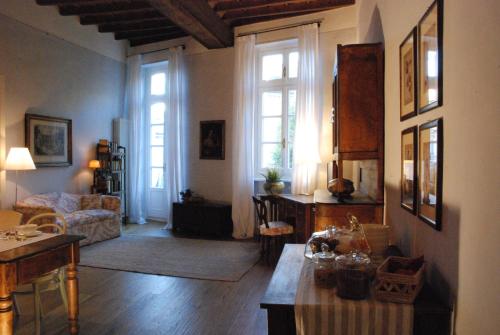 Providing accommodation with free WiFi, air conditioning and flat-screen TV, Maison Giolitti is located 250 metres from Piazza San Carlo and 400 metres from the Egyptian Museum.Book now
from $93 per night 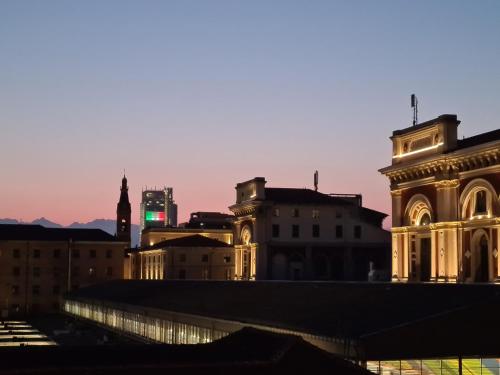 Offering free WiFi and a terrace, La Terrazza San Salvario is located in a 19th-century building in Turin, just steps away from Turin Porta Nuova Train Station.Book now
from $70 per night 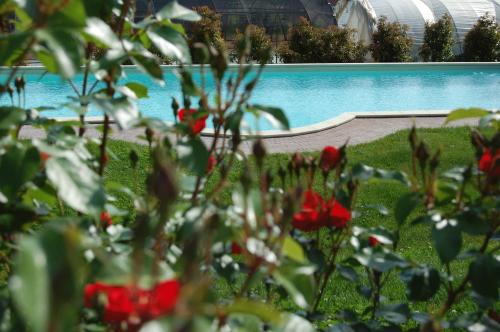 Set a 5-minute drive from Moncalieri centre and surrounded by nature, Le Serre Suites & Apartments offers air-conditioned apartments with kitchen and a large garden with pool and sun loungers. Breakfast à la carte available directly in the property.Book now
from $12 per night

Starhotels Majestic is just 200 metres from Turin’s Porta Nuova Station. It offers a restaurant with a stained-glass roof, a 24-hour gym, and modern rooms with a satellite TV and pillow menus.Book now
from $78 per night 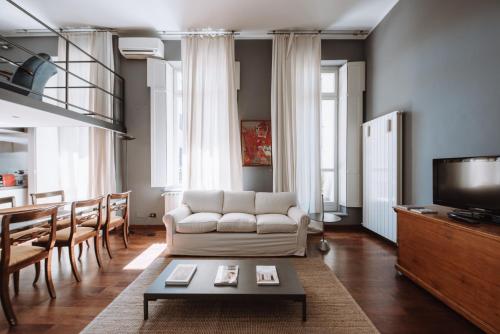 Featuring air-conditioned accommodation with a balcony, The Grey Home is set in Turin. The property is 6 km from Turin Exhibition Hall and 9 km from Allianz Juventus Stadium.Book now
from $12 per night 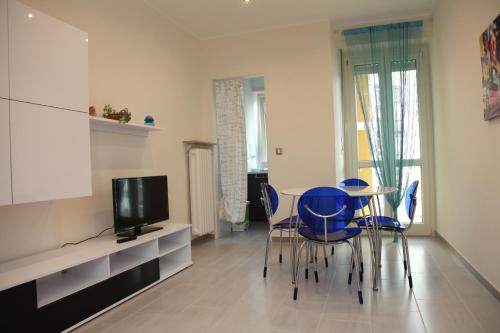 Set in front of Turin's Massaua Metro Stop and a 15-minute drive from the city centre, Appartamento Elena features a balcony, modern décor, hardwood floors and free WiFi access.Book now
from $97 per night

Within 500 metres of Mole Antonelliana and 4.4 km of Polytechnic University of Turin, Hostdomus - Casa Artisti 13 provides free WiFi and a shared lounge. The property was built in 1900 and has accommodation with a balcony.Book now
from $81 per night 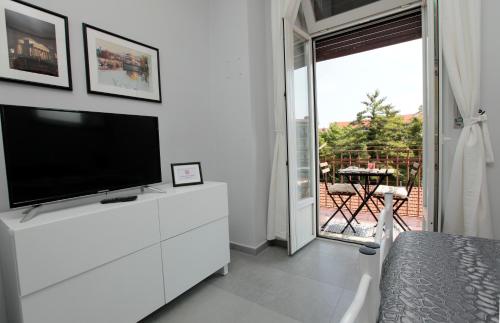 AC Torino Hotel is a 5-minute walk from the Lingotto Fiere exhibition centre and Eataly, in Turin's main business district. It offers a spa area with fitness facilities, hot tub and rooms with a modern design. Free WiFi is featured throughout.Book now
from $94 per night 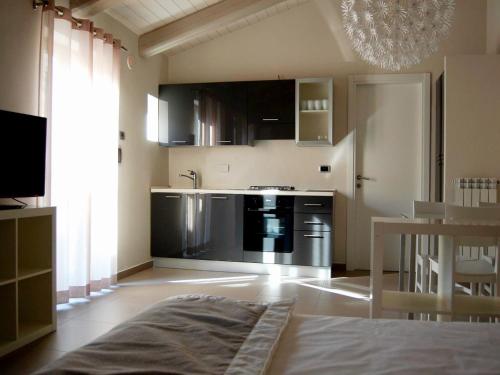 See all 1383 accommodations in Turin

Turin lies in the northwest of Italy, in the heart of Piedmont. Approximately 107,000 people live here on 130 square kilometres. Turin lies on a plain and is bordered by the Alps on the one hand and the Monferrato mountains on the other. Although the metropolis is a classic industrial centre (among others the car manufacturers Fiat and Lancia have their headquarters here), the city has been able to preserve its beautiful historical character. Our apartments in Turin, the name of the city translates as “little bull”, are partly in the immediate vicinity of numerous magnificent buildings of the Dukes of Savoy and the royal palace “Palazzo Reale”.

Your apartment in Turin: between history and modernity

Although the origins of Turin go back to pre-Christian times, it is architecturally a relatively young city. This is mainly due to the Dukes of Savoy, who built Turin from scratch in the 15th century. In the course of urban renewal, the University of Turin was founded in 1404, making it one of the oldest academic educational institutions in the world. The landmark of the city is the Mole Antonelliana, which was built in the 19th century as a synagogue. Today, the building houses the National Film Museum. But the real highlight is the glass, self-supporting lift. In it, you seem to float weightlessly through the central hall directly under the mighty dome and finally reach the viewing platform that offers an impressive view over Turin. One of the most famous sights of the city is the cathedral Duomo di San Giovanni. This cathedral became known by the so-called Turin Shroud. To visit the shroud of Turin in the cathedral Duomo di San Giovanni, you should plan enough time. Pilgrims worship the linen cloth with the image of a man as a corpse robe of Christ, the queues in front of the entrance are correspondingly long.

Private accommodation in Turin: between kitsch and art

Are you planning a holiday in Turin? Of course, the city has numerous hotels. But if you are looking for a special holiday, you should also consider a private apartment in Turin for your holiday. Our private accommodations allow you to get to know the local people better and to enjoy the way of life of the Italians. Away from the classic tourist routes you will find numerous Apartments in Aurora. The historic district in the heart of Turin is famous for its Porta Palazzo. This spacious square is not only surrounded by numerous magnificent buildings, but also houses the largest open-air marketplace in Europe. Here you will find numerous Piedmont delicacies and the freshest fish in the city. The Dukes of Savoy, who left their mark on Turin in an incomparable way, were known and famous for their passion for art and culture. An Apartment in Vanchiglia takes you right to the heart of Turin’s artistic district. Here small studios, antique shops and alternative lifestyles characterise the street scene. With one of our apartments you will live among artists, but still have your peace and quiet, as you can retreat to your own little realm at any time, unlike with couchsurfing in Turin. The omnipresent guiding principle in Vanchiglia is: “Art is the soul of man”. Private accommodation is also available in the Lingotto district. From here it is only five kilometres to the city centre of Turin. The Lingotto building can also be found here. It used to house the world’s largest car factory. Today it houses a shopping and convention centre, a hotel and a concert hall. The interesting Museum Pinacoteca Giovanni e Marella Agnelli is located on the roof of the building. There are also some private accommodations in the district of San Paolo. San Paolo is also centrally located and you have it not far to the numerous sights of Turin. Also in the districts Moncalieri, Cit Turin and in Rivalta di Torino you can book cheap accommodations. The apartments are all centrally located and the city centre with its sights such as the Palazzo Madama (a former fortress) or the Palazzo Reale (the royal palace of the former Italian kingdom) can always be reached quickly and easily on foot or by public transport.

From your apartment in Turin to other interesting cities

Fashion-conscious visitors are drawn from Turin to the east. There you’ll find numerous private apartments in Milan. The metropolis in Lombardy is Italy’s second largest city and famous for the fact that new fashion trends are starting their success train around the world from here. Milan is home to Milan’s Scala, one of the most renowned opera houses in the world, whose origins date back to 1381. Milan is also considered to be one of Leonardo da Vinci’s most important places of activity, whose most famous mural “The Last Supper” can be admired in close proximity to the church of Santa Maria delle Grazie. Due to the location of Piedmont in the northeast of Italy, the French Côte d’Azur is also within reach. Although the region is considered a holiday resort of the rich and beautiful, you will find numerous inexpensive, private holiday rooms in Nice The well-preserved old town is rich in historic buildings from the 17th century, but the actual nightlife takes place at the Promenade des Anglais. Countless bars and restaurants are lined up here, which are also regularly visited by prominent visitors. Browse in peace in our numerous offers and experience beautiful moments in Piedmont and at the Côte d’Azur.

Latest reviews for places in Turin