Well done. Look what authentic hosts in Skopje are offering to you on 9flats. 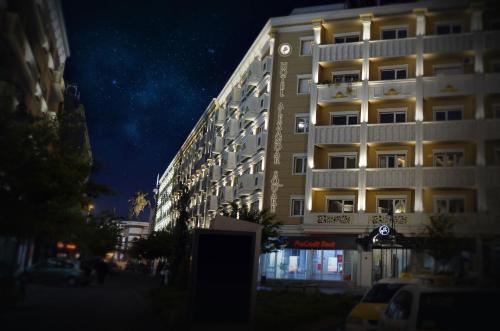 Alexandar Square Boutique Hotel is set in the centre of Skopje. The hotel has a sun terrace and views of the city, and guests can enjoy a drink at the bar.Book now
from $57 per night Skopje Marriot Hotel is set in Skopje, 100 metres from Macedonia Square and 200 from Stone Bridge. The hotel offers a spa centre with an indoor pool and facilities such as hot tub, massage and steam room.Book now
from $113 per night 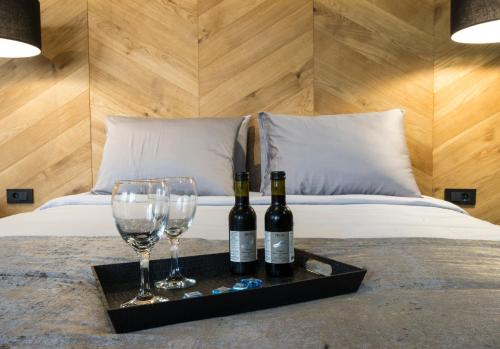 Located in the centre of Skopje, 100 metres from Macedonia Square, Hotel London B&B occupies a historic building from 1937 and features a restaurant and a traditional English pub. Free WiFi is available.Book now
from $72 per night 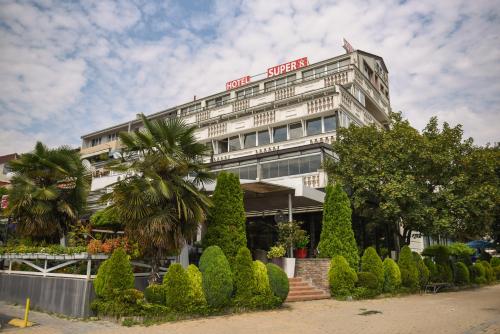 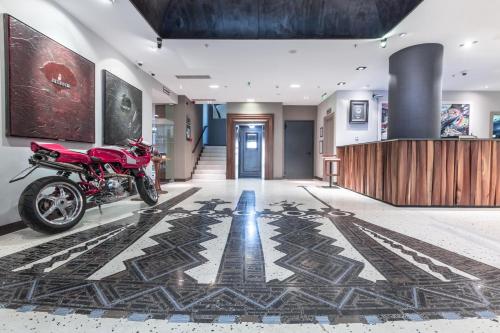 The centrally located Solun Hotel & SPA is an eco-friendly property, offering modern accommodation, an elegant à-la-carte restaurant and a gallery bar with terrace. Free WiFi is available and private parking is possible on site.Book now
from $76 per night 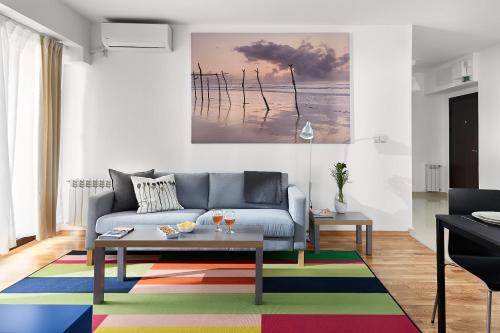 Set in the heart of Skopje, Moodeight Apartments is 1.4 km from the city centre, while Macedonia Square is 1.6 km away. Free WiFi is available throughout the property.Book now
from $26 per night Located along the river Vardar, DoubleTree by Hilton Skopje offers 5-star accommodation within a 10 minute drive of the city center, featuring luxuriously furnished rooms and suites, large indoor swimming pool with fitness and spa and an elegant roof bar with a relaxing view.Book now
from $69 per night 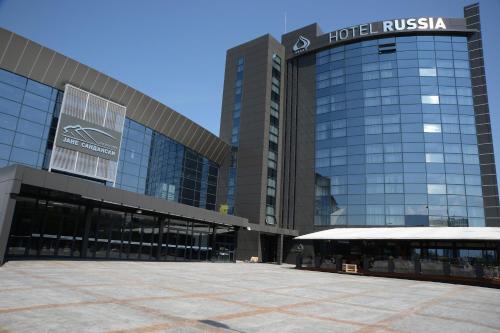 Just steps away from the Vardar River, this 4-star hotel is 3 km from the main square and 15 km from Skopje Airport. It offers a restaurant with a summer terrace, free WiFi, and free private parking.Book now
from $49 per night 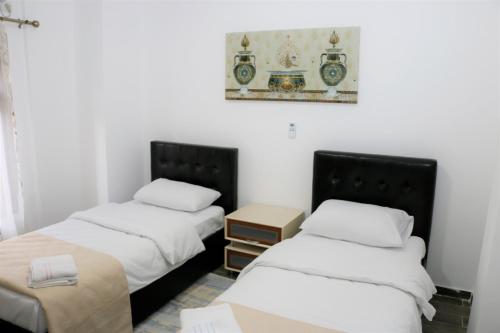 Hotel Old Konak features air-conditioned rooms with satellite flat-screen TV in the Old Bazaar district of Skopje. Among the facilities of this property are a restaurant, a 24-hour front desk and room service, along with free WiFi. There is free private parking and the property features paid airport shuttle service.Book now
from $27 per night 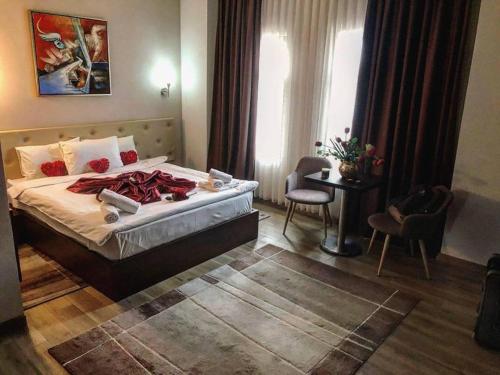 Set in Skopje, 1.7 km from Stone Bridge, Aen Hotel offers accommodation with a shared lounge, free private parking and a casino. This 3-star hotel offers dry cleaning services and a tour desk. The accommodation provides a 24-hour front desk, airport transfers, room service and free WiFi throughout the property.Book now
from $36 per night 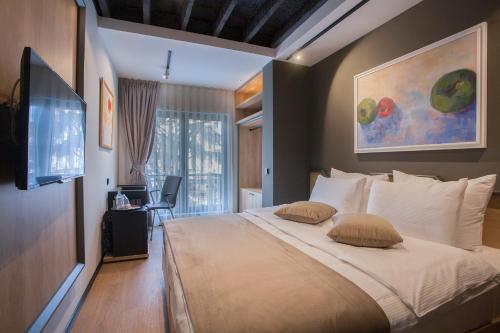 Solun's Riverside Rooms, designed by Solun Hotel & SPA, offers accommodation in Skopje. Stone Bridge is a 5-minute walk away from the property. Free WiFi is available.Book now
from $44 per night

See all 355 accommodations in Skopje

Skopje, the capital of Macedonia, lies on the Vardar River and is not only the largest city in the country, but also the seat of parliament and government. If you want to experience a city with more than 2000 years of history, we recommend that you book one of our apartments in Skopje. Similar to couchsurfing in Skopje, you stay in accommodation provided by private individuals, but with the advantage that you do not share it with other guests. Have a look around our website right now, because there you will not only find Apartments in Centar or private Holiday flats in Kisela Voda, but also the corresponding descriptions, photographs and guest opinions. If you are more attracted to a place just outside Skopje, we can offer you Apartments in Tetovo. Private holiday homes in Ohrid on the lake of the same name are located about 185 kilometres south of Skopje.

Apartments in Skopje, the capital of Macedonia

If you want to spend your holiday in Macedonia and get to Skopje as quickly as possible, you can use the flight connections that land at the international airport “Alexander the Great” Skopje. If you want your round trip to be as independent as possible from public transport, it is best to take a rental car, so you also come to your apartment in Skopje, the city with a great historical background. Finally the first traces of settlement were found, dating back to the Neolithic Age and therefore more than 6000 years old. Roman tombs, thermal baths, an aqueduct and many other historical buildings bear witness to a lively past in which Skopje was already a bishop’s seat, Bulgarian capital, Byzantine settlement and residence of Serbian dynasties. Balkan wars, the 2nd World War and an earthquake in 1963 had a severe impact on the city. But Skopje also survived these catastrophes. Today it is the capital of the independent Republic of Macedonia and offers its visitors an amazing number of sights from different eras: the Kale fortress from the 4th millennium BC, the Daut-Pascha-Hammam and the Cifte-Hammam from the 15th century AD as well as the clock tower from the year 1566. It is also best to take a walk from your private holiday home in Skopje through the historic city centre.

As the cultural centre of the country, Skopje also offers a lot of interesting things in museums and galleries. In 1991, the merger of the Ethnological, Archaeological and Historical Museums created the large Museum of Macedonia with an exhibition area of more than 6000 m². The “Museum of the Old Bazaar”, which was housed in the 15th century caravanserai, provides information about the life and history of the merchants. On the ground floor of Suli Han you can admire not only documents, but also objects from the Ottoman period. Since the people of Skopje are very cheerful, theatre, sport and music festivals mean a lot to them. The Skopje Jazz Festival has been taking place regularly since 1982. Would you like to spend your next holiday in another Eastern European metropolis? May we offer you Apartments in Podgorica, the capital of Montenegro?