Well done. Look what authentic hosts in Sardinia are offering to you on 9flats.

Set in the centre of San Teodoro, Il Viandante is 800 metres from the beach in Cala d'Ambra, and a 5-minute drive from La Cinta Beach. It offers an outdoor pool which is heated in spring and autumn.Book now
from $12 per night 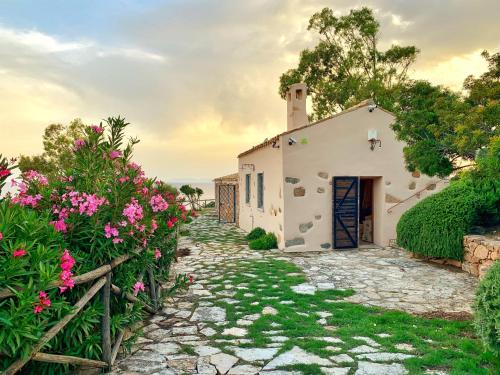 Angolo di paradiso sul mare is set in Geremèas and offers a garden and barbecue facilities. The air-conditioned accommodation is 1.2 km from Spiaggia di Kal’e Moru, and guests benefit from private parking available on site and free WiFi.Book now
from $177 per night 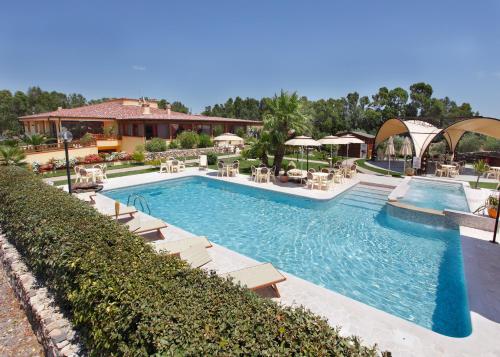 Su Soi is immersed in nature between Nurachi and Cabras, on Sardinia’s west coast. It offers an outdoor swimming pool with hydromassage, and a restaurant serving typical Sardinian food. Parking is free.Book now
from $12 per night 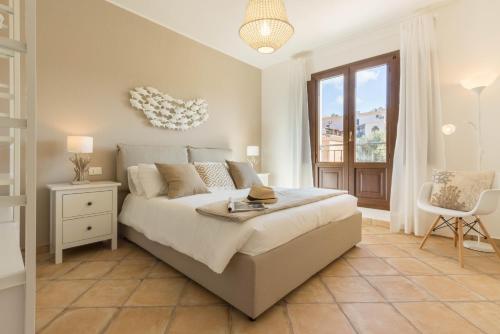 Situated in Villasimius in the Sardinia region, Villa Amelia features a garden. The air-conditioned accommodation is 2.9 km from Spiaggia di Campus, and guests benefit from private parking available on site and free WiFi.Book now
from $266 per night 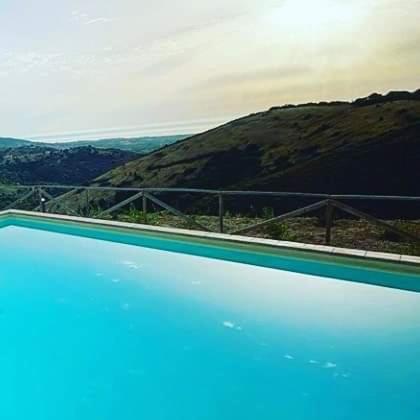 La Janna di la Faj offers rustic-style accommodation in the countryside around Budoni, 5.2 km away. Free private parking is available on site.Book now
from $12 per night 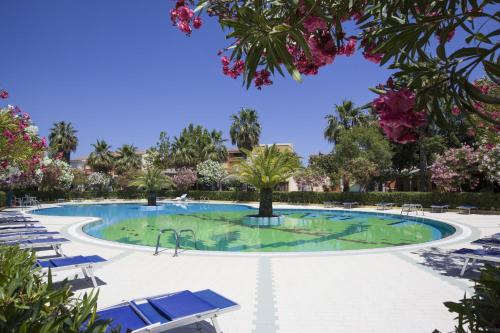 Located just 200 metres from the coast and a public sandy beach, Residence Oasi Anfiteatro is set in its large garden featuring a swimming pool and amphitheatre It offers apartments with tree-lined pathways and free private parking.Book now
from $39 per night 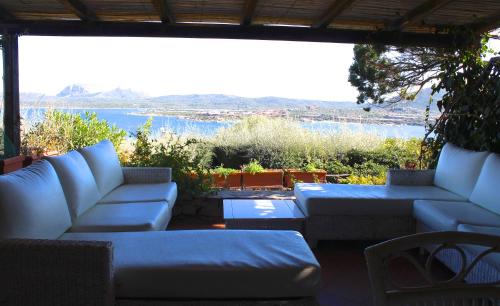 Situated in Porto Rotondo, Casa Vacanze il Ginepro - Golfo di Marinella features accommodation with free WiFi, air conditioning, a restaurant and access to a garden with an outdoor pool. This apartment provides a bar, a tennis court, as well as a terrace.Book now
from $12 per night Villa Lunu is situated in Quartu SantʼElena and offers a garden and barbecue facilities. The air-conditioned accommodation is 2 km from Santa Luria Beach, and guests benefit from complimentary WiFi and private parking available on site.Book now
from $118 per night 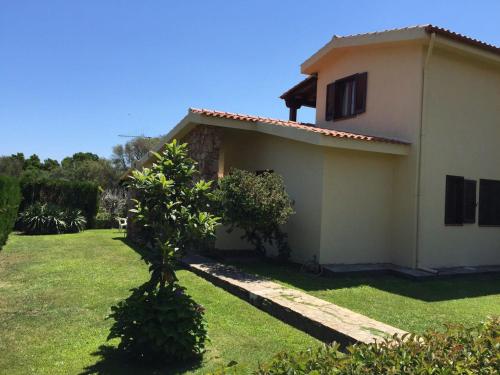 Situated in San Teodoro in the Sardinia region with Cala d'Ambra Beach nearby, Oasi features accommodation with free private parking.Book now
from $12 per night 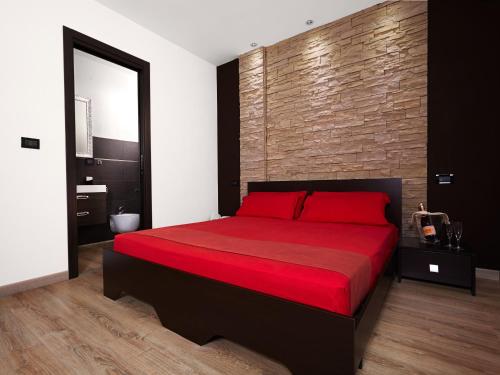 A 5-minute walk to the San Giovanni sandy beach in Alghero, B&B La Bouganville offers air-conditioned accommodation with free Wi-Fi. It features a furnished terrace, where a sweet breakfast is served daily.Book now
from $12 per night 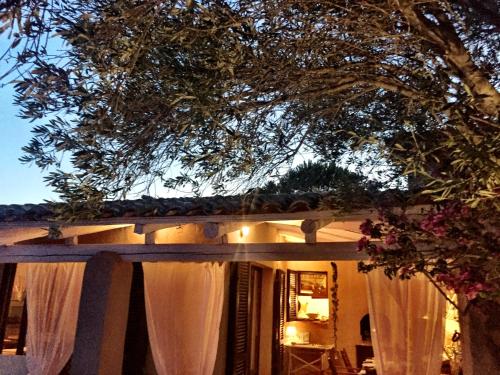 Boasting garden views, Villa Grace offers accommodation with a patio and a coffee machine, around 9 km from Island of Spargi. The air-conditioned accommodation is 2.2 km from Spiaggia di Cala Lunga, and guests benefit from complimentary WiFi and private parking available on site.Book now
from $154 per night 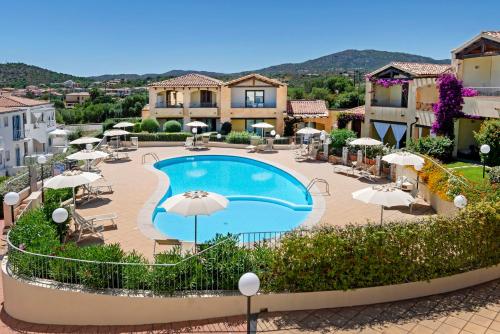 Villaggio Turchese is immersed in nature in Murta Maria, 9 km away from Olbia. It offers air-conditioned apartments with panoramic views, and a communal outdoor pool.Book now
from $12 per night

See all 12423 accommodations in Sardinia

HOTELS, APARTMENTS, VACATION RENTALS AND BED AND BREAKFAST IN SARDINIA

Sardinia, the second largest Mediterranean island after Sicily, is a true Eldorado for holidaymakers who want to relax and unwind. And who looks for the suitable, cosy accommodations, is likewise correct with us, because we offer apartments on Sardinien, which combine the individual flair of a private dwelling with erholsamem individualism. It does not matter whether you are looking for an apartment in Alghero, a chic city apartment in Cagliari or a private holiday residence in Liscia di Vacca would like to reserve: Look around us right away. Instead of couchsurfing in Sardinia you enjoy privacy and plenty of freedom, the most important factors for a varied and relaxed holiday. And if you want to go out chic or discover sights worth seeing, nice hosts and neighbours are at your side with advice and action,
after all, they know their island very well.

Sardinia and its offshore islands extend over an area of almost 25,000 km² and offer an unparalleled holiday paradise. From Germany you can easily reach Sardinia by plane and land either in Alghero, Olbia or Cagliari. From there it is best to go by rental car to the apartment on Sardinia. Although there are also bus and train connections on the island, a car is very practical if you want to spend a lot of time on the beach as well as discover the sights of the island. Countless nature parks do not make it easy for you to decide where to go for long walks or extensive bike tours: The Parco del Sulcis in the province of Cagliari is one of them. Findings prove that people settled here already in the Early Neolithic. If you are interested in the many cave systems of the island, the best thing to do is a boat trip to the Grotta del Bue Marino, and explore the stalactite caves and rock carvings from times long gone. Sardinia is crossed by mountains and is therefore ideal for hiking and climbing along bizarre rock formations and to spectacular vantage points.

From a private holiday home in Sardinia to historic cities

The all-rounder Sardinia offers you not only pure nature, but also interesting cities with historical sights, such as Alghero on the west coast. It is also called the “Spanish city” and many consider it to be the most beautiful city on the island, because the idyllic old town and the picturesque harbour not only provide many magnificent photo motifs, but also the opportunity to linger here and be spoiled by the Sardinian cuisine. Would you like a little snack? How about Pecorino, the famous sheep’s cheese, on a Pane Carasau, the typical shepherd’s bread? Or a dish made from freshly caught fish? Deliciously rounded off with a full-bodied Vernaccia di Oristano? After the many sights you have discovered from your private holiday apartment in Sardinia, you should also spend some days on the most famous coast of the island, the Costa Smeralda with its picturesque bays, breathtaking cliffs and wonderful sandy beaches. And if you still have time to explore a famous French island: Corsica is only 12 kilometres north of Sardinia and our Apartments in Ajaccio are just a mouse click away.

Latest reviews for places in Sardinia

Cagliari
Carbonia-Iglesias
Medio Campidano
Nuoro
Ogliastra
Olbia-Tempio
Oristano
Sardegna Island
Sassari
close
Cookies help us deliver our services. By using our services, you agree to our use of cookies.