Well done. Look what authentic hosts in Plettenberg Bay are offering to you on 9flats. 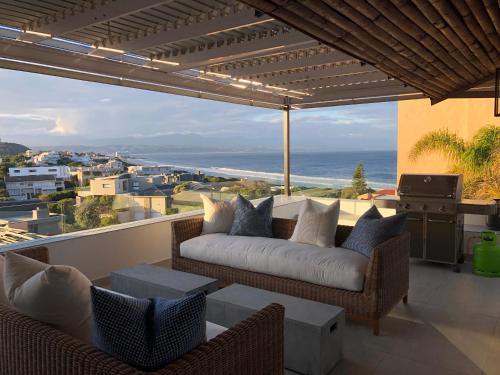 Boasting a patio with garden views, an outdoor swimming pool and a tennis court, The Sanctuary Penthouse can be found in Plettenberg Bay, close to Robberg Beach and 6 km from Robberg Nature Reserve. This villa features a private pool, a garden, barbecue facilities, free WiFi and free private parking.Book now
from $267 per night 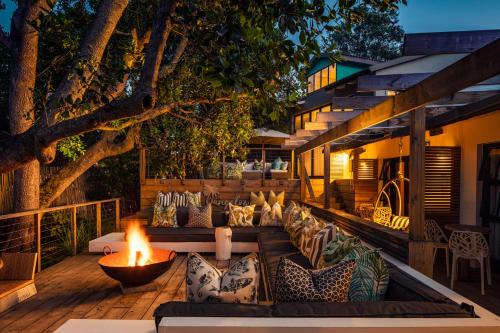 With garden views, The Bungalow is located in Plettenberg Bay and has a restaurant, a shared lounge, bar, garden, outdoor pool and barbecue. Free WiFi is available throughout the property.Book now
from $220 per night 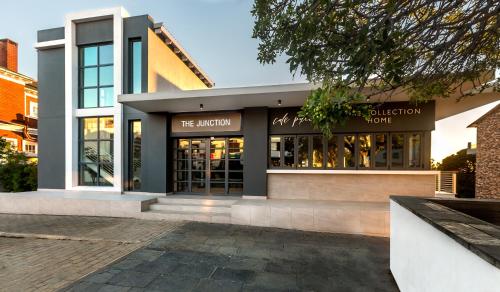 The Junction Boutique Hotel is situated at the heart of Plettenberg Bay, and offers free WiFi.Book now
from $156 per night 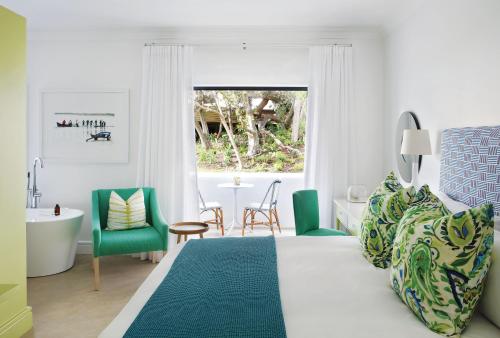 Located in Plettenberg Bay, 600 metres from Robberg Beach, The Old Rectory provides accommodation with a restaurant, free private parking, an outdoor swimming pool and a bar. 8 km from Robberg Nature Reserve and 2.6 km from The Market Square Shopping Centre Plettenberg Bay, the property offers a garden and a terrace. The accommodation features a 24-hour front desk, a shuttle service, room service and free WiFi throughout the property.Book now
from $188 per night 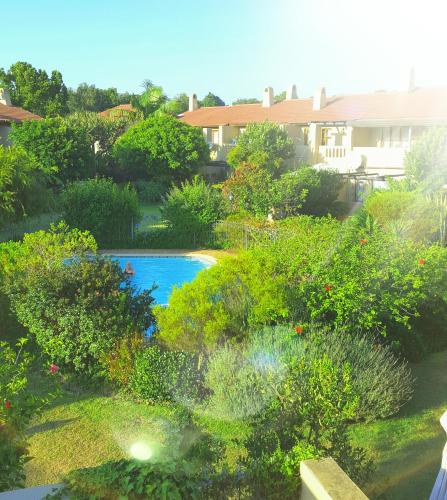 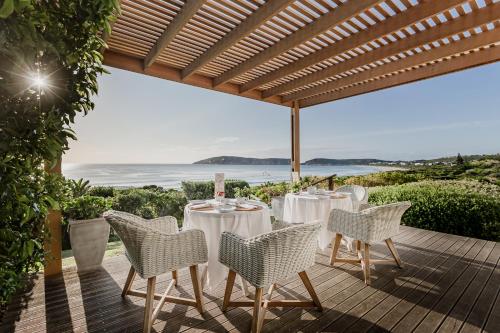 Located in Plettenberg Bay and a 2-minute walk from the beach, The Robberg Beach Lodge offers luxury accommodation with Indian Ocean, garden or Robberg Nature Reserve views. It features 2 outdoor pools, a sun terrace and a braai area.Book now
from $85 per night

Ocean Watch Guest House is situated on the coastal hill side of Plettenberg and within 10 minutes' walk from the beach. The guest house has a sun deck with sun loungers and outdoor pool overlooking the ocean.Book now
from $124 per night 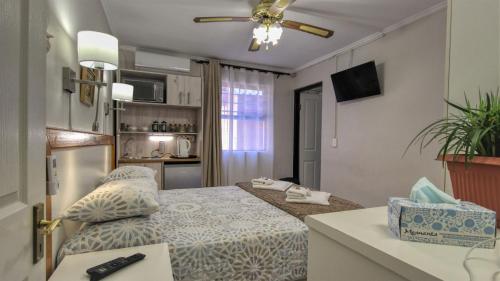 Anchorage Guest House is situated in a quiet neighbourhood in Plettenberg Bay and a 5-minute drive from town centre. The guest house features free WiFi and undercover parking.Book now
from $41 per night 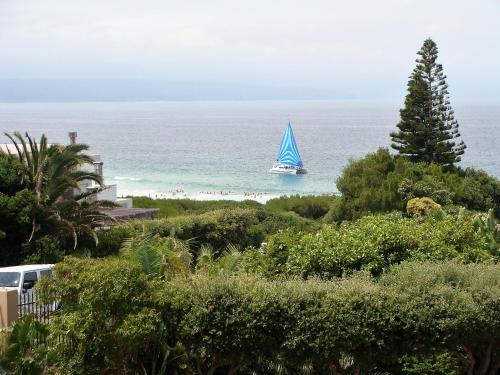 The Sanctuary No 3 350 sqm beachfront apartment

In the Robberg Beach district of Plettenberg Bay, close to Robberg Beach, The Sanctuary No 3 350 sqm beachfront apartment features a tennis court and a washing machine. This apartment has a private pool, a garden, barbecue facilities, free WiFi and free private parking.Book now
from $12 per night 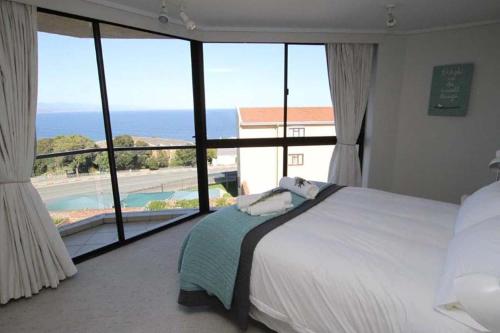 Boasting a balcony with garden views, an outdoor swimming pool and a terrace, Jenmilla Plett Apartment can be found in Plettenberg Bay, close to Robberg Beach and 8 km from Robberg Nature Reserve. This apartment has a garden, barbecue facilities, free WiFi and free private parking.Book now
from $169 per night 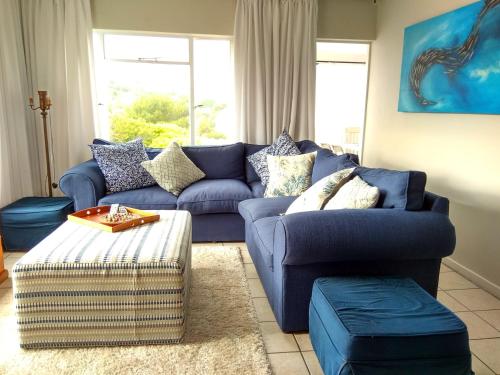 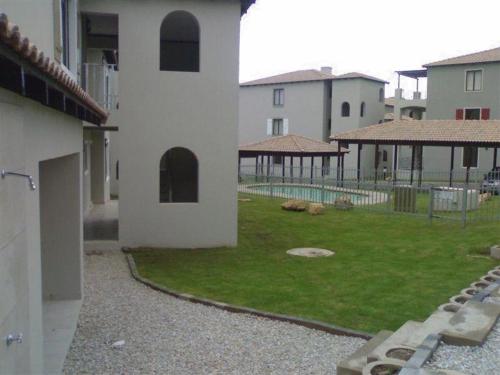 Santini Lace is an elegant self-catering apartment, 3 km from the beach in Plettenberg Bay. Its patio doors open onto a lawn with an outdoor swimming pool. Free Wi-Fi is provided throughout.Book now
from $40 per night

See all 294 accommodations in Plettenberg Bay

The South African city of Plettenberg Bay is located in the Western Cape Province on the famous Garden Route. Already in former times the Portuguese explorers were so enthusiastic about the landscape that they called the bay “Bahia formosa”. And indeed it is grandiose, picturesque and really beautiful. If you too would like to convince yourself of the unusual flair of Plettenberg Bay and its surroundings, we recommend a very special kind of accommodation: our private apartments in Plettenberg Bay. Surely you have heard or read about the so-called couchsurfing in Plettenberg Bay. Something similar we offer you: But instead of sharing your accommodation with other guests, you will get an individually furnished apartment with lots of personal space, so that you can really enjoy your stay in one of the most impressive coastal regions of South Africa. Alternatively we also have Apartments in Knysna or private holiday apartments in Wilderness, a few kilometres west of Plettenberg Bay. If you want to live a little further east, e.g. to hike along the magnificent Tsitsikamma Trail, book an Apartment in St. Francis Bay.

Apartments in Plettenberg Bay, one of the many jewels along the Garden Route

The best way to reach your apartment in Plettenberg Bay is by rental car and via the Garden Route. Whether you fly from Germany via Johannesburg to Cape Town or Port Elizabeth is up to your travel planning. In any case, you should take your time to enjoy this really beautiful region in peace and quiet. After all, there is no simple road that leads along the coast, but one of the most famous panorama roads in the world. Let us assume you start your tour in Port Elizabeth. In this case the famous Addo Elephant Park with its magnificent pachyderms and many other animals is only about 75 kilometres away and is really worth a day trip. If you set out to explore the Garden Route, make a stop in Jeffreys Bay or St. Francis Bay. Here, surfers from all over the world ride impressive waves again and again and leave the spectators breathlessly amazed. About 185 kilometres west of Port Elizabeth and 65 kilometres before Plettenberg Bay is the Tsitsikamma National Park, which has been part of the Garden Route National Park since 2009 and covers an area of almost 650 km² along the coast and into the hinterland. Hikers love this park for its breathtaking scenery and magnificent trails through diverse and lush vegetation.

Around your private holiday apartment in Plettenberg Bay

Worth seeing in Plettenberg Bay are the Keurboom Beach and the Central Beach. One of the largest gull colonies in South Africa has chosen Plettenberg Bay as its breeding ground, and whales and dolphins are also frequent guests on the coast. From your private holiday apartment in Plettenberg Bay you can easily explore the town on foot and have a look at the chic shops. But don’t forget to taste the delicious specialities, after all you are in the land of culinary delights. Your trip should also lead to Namibia? No problem, book an Apartment in Henties Bay!