Well done. Look what authentic hosts in Odesa are offering to you on 9flats. 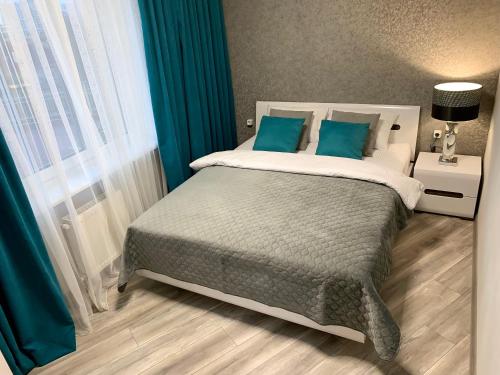 Arcadia apartments by the sea to the beach 300 m

Featuring a children's playground and a 24-hour front desk, Arcadia apartments by the sea to the beach 300 m is well located in Primorsky district of Odessa, 8 km from Odessa Archaeological Museum and 8 km from Odessa Theatre of Opera and Ballet. The air-conditioned accommodation is 400 metres from Arkadia Beach, and guests benefit from complimentary WiFi and private parking available on site.Book now
from $28 per night 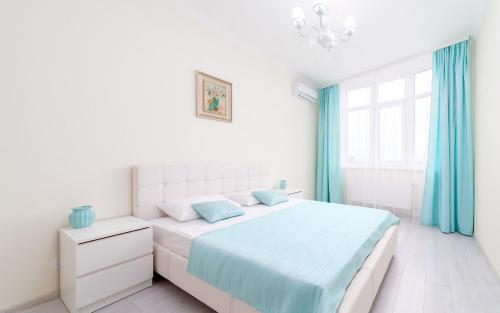 Situated within the Primorsky district in Odessa, Family Apartments Aquamarine of Arcadia has air conditioning, a balcony, and city views. This beachfront property offers access to free WiFi.Book now
from $12 per night 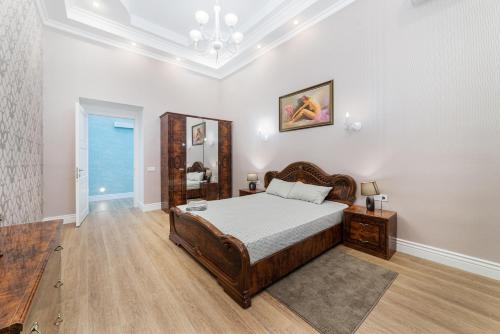 Located in Odessa, 300 metres from Duke de Richelieu Monument and 600 metres from Odessa Theatre of Opera and Ballet, Luxury Angel Apartment offers air conditioning. It is situated 2.5 km from Lanzheron Beach and features free WiFi plus a 24-hour front desk.Book now
from $69 per night 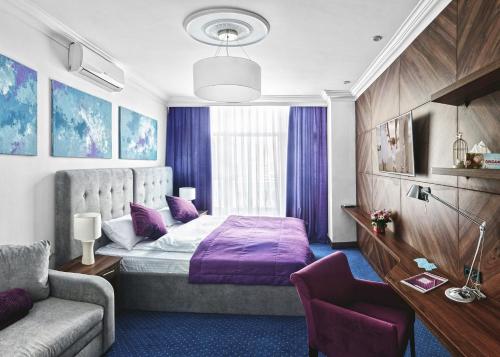 Hotel Fridman is located in the historic centre of Odessa. All rooms offer panoramic views of the city overlooking quiet yard and Preobrazhensky cathedral. The property features free WiFi, sauna and private parking.Book now
from $25 per night 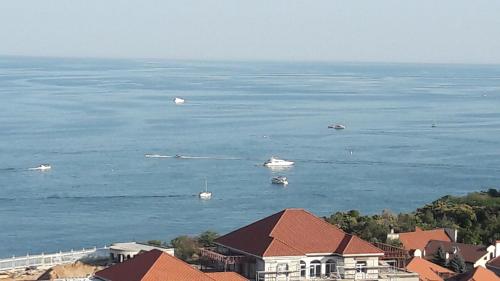 Apartments Arcadia Panorama of the sea

With sea views, Apartments Arcadia Panorama of the sea is set in Odessa and has a restaurant and a 24-hour front desk. Complimentary WiFi is provided throughout the property.Book now
from $43 per night 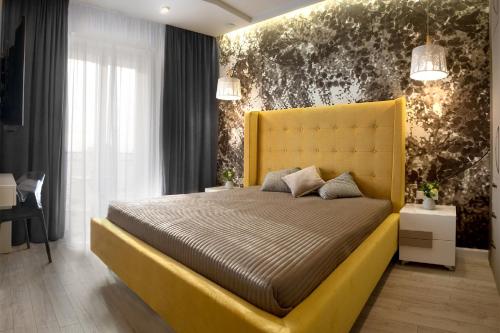 Situated within the Primorsky district in Odessa, Sunny Belle Apartments has air conditioning, a balcony, and sea views. It features city views and free WiFi.Book now
from $43 per night 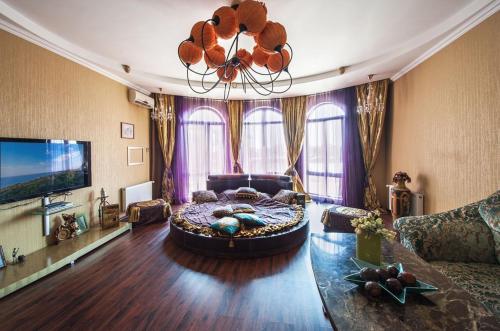 Featuring city views, Apartment on Grecheskaya 5a provides accommodation with a restaurant and a balcony, around 600 metres from Odessa Archaeological Museum. The air-conditioned accommodation is 1.7 km from Lanzheron Beach, and guests benefit from complimentary WiFi and private parking available on site.Book now
from $12 per night 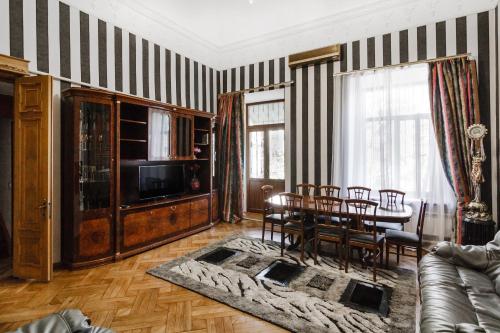 Situated within the Primorsky district in Odessa, Luxury three-storey apartment of the 19th century has air conditioning, a patio, and city views. It is set 2.3 km from Lanzheron Beach and features free WiFi plus a 24-hour front desk.Book now
from $56 per night 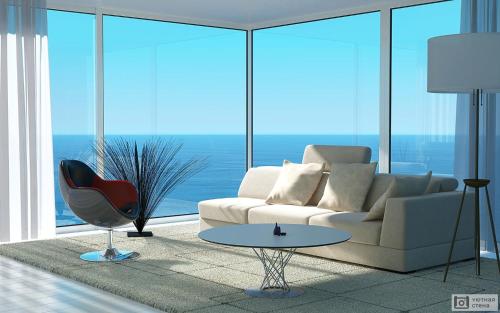 1-2 komnatnie apartamenty Arkadiya features air-conditioned guest accommodation in Odessa, 2.3 km from Dolphin Beach, 7 km from Odessa Archaeological Museum and 8 km from Odessa Theatre of Opera and Ballet. Complimentary WiFi is featured and private parking is available on site.Book now
from $12 per night 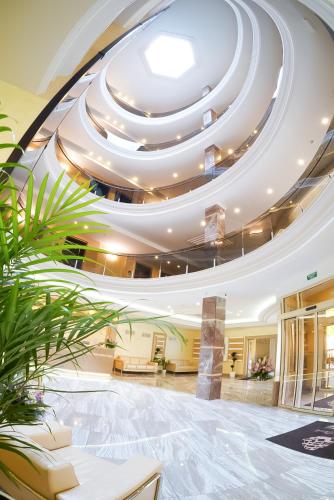 Situated in Odessa, GRAND OTRADA Spa Odessa offers free WiFi. Guests of the hotel have a free access to the cable way and to the indoor swimming pool.Book now
from $51 per night 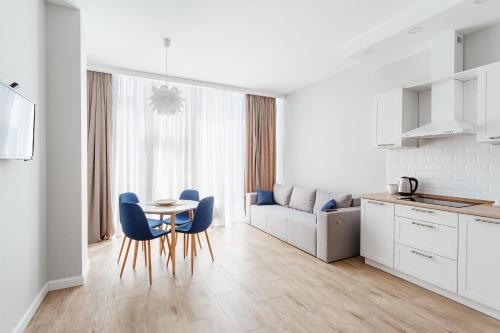 Located 2.9 km from Dolphin Beach and 1.6 km from Odessa Archaeological Museum, Skycity Apartments in Odessa provides air-conditioned accommodation with views of the city and free WiFi.Book now
from $50 per night

See all 2215 accommodations in Odesa

Odessa was founded by Catherine the Great and was soon the fourth largest city of Imperial Russia. Today it has an air of faded grandeur. The Odessans are known for their wit and style and with a vacation apartment in Odessa from 9flats.com you could soon be experiencing that for yourself. Renting your holiday accommodation in Odessa from 9flats.com is a great way to have a really authentic travel experience. You will be staying within the community and not separate in a tourist hotel.

Exploring the city from your holiday apartment in Odessa

Odessa has always been a city of immigrants and these many contrasting cultures give this port city an interesting, alternative atmosphere. There is a lively nightclub scene and even the beaches are just as much places to hang out as to sunbathe on. Sights include the Pushkin Museum and the Potemkin Steps, made famous by the film, Battleship Potemkin. Lovers of architecture, meanwhile, shouldn’t miss the Vul Gogolya. This street has most of the city’s greatest buildings and it has many striking 19th century gems. The Panteleymonivsky Church stands out with its five silvered onion domes and was built with stone from Constantinople. The City Garden lies at the western end of the main shopping street, vul Derybasivska, and is a good spot for cafes, bars and people watching.

Choosing your accommodation in Odessa and Ukraine

Odessa has good apartments to choose from in the city centre and also on the waterfront. Travelling elsewhere in Ukraine, a vacation rental in Lviv will take you to an architecturally beautiful city that is probably the least Soviet influenced in Ukraine. The city centre is also a UNESCO World Heritage Site and with sights like the Armenian Cathedral and Ploshcha Rynok market square, it is easy to see why. To the east of the country, an apartment in Kharkiv will take you to the city that was once the capital of Soviet Ukraine. Now a center for science and education, it also has perhaps the liveliest music scene in Ukraine.

Moving on from Odessa

Before leaving Ukraine, a visit to its capital is a must and a vacation rental in Kiev would be the perfect base as you explore this city of broad, leafy avenues and golden domes on the banks of the Dnipro. Head west and you will soon come to the Czech republic, where an apartment in Prague awaits. Here you can explore the old town, walk the Charles Bridge and enjoy some of Europe’s finest beers. Wherever you go, 9flats.com has great accommodation, so book now for a great, authentic travel experience.