Well done. Look what authentic hosts in Nona are offering to you on 9flats. 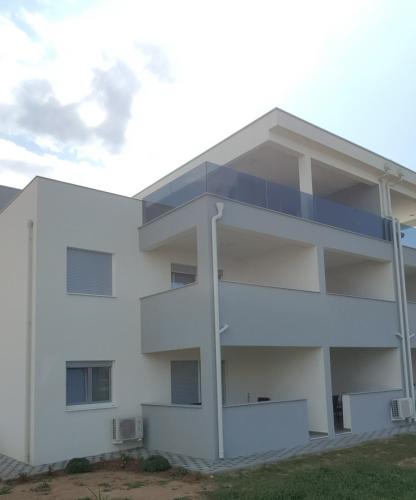 Situated in Nin in the Zadar County region and Skoljic Beach reachable within 2 km, Villa Gabriel features accommodation with free WiFi, BBQ facilities, a garden and free private parking.Book now
from $11 per night 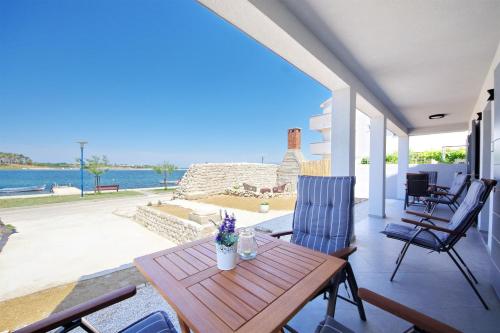 Located 2.6 km from Skoljic Beach, Apartments Piazza offers barbecue facilities, a terrace and air-conditioned accommodation with a balcony and free WiFi.Book now
from $11 per night 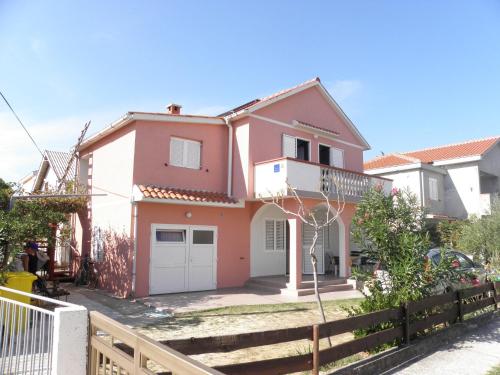 Located in Nin, just 50 metres from the nearest beach, Apartments Zdrijac Nin 100 m to beach Kip offers a garden with free-to-use barbecue facilities and free Wi-Fi access. At a distance of 1 km lies the Old Town of Nin along with the Church of the Holy Cross originating from the 9th century.Book now
from $11 per night 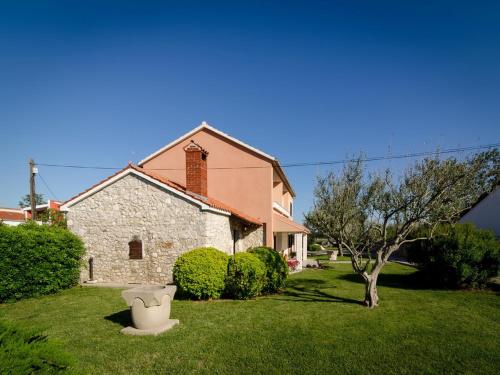 Set in Nin in the Zadar County region, Beautiful three bedroom apartment with a yard and terrace - Apartment Zoranica I is a 3-star property featuring free WiFi. Located 2.6 km from Skoljic Beach, the property provides a garden and free private parking.Book now
from $11 per night 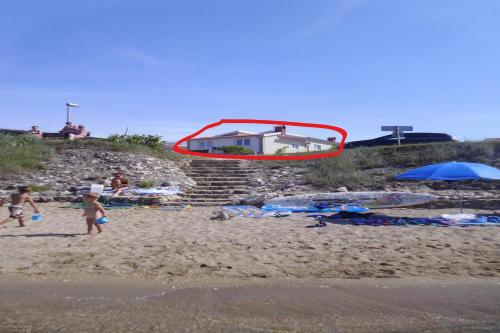 Cozy Seaview Apartment Next To The Beach - Apartments Zdrijac X

Located in Nin, 1.7 km from Skoljic Beach, Cozy Seaview Apartment Next To The Beach - Apartments Zdrijac X provides accommodation with free WiFi, air conditioning and access to a garden with a terrace.Book now
from $72 per night 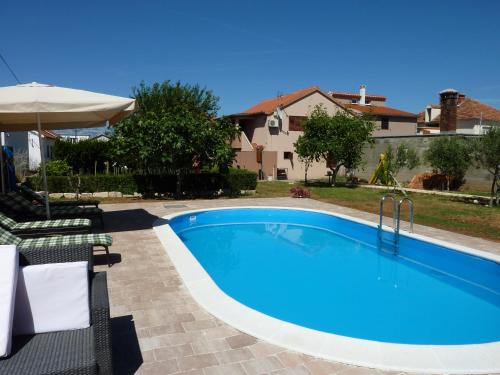 Located in quiet surroundings 15 m away from the sea in Nin, Apartments Valentina-B provides self-catering accommodation with free WiFi access. A furnished terrace or a balcony and a view of the sea are available in each unit.Book now
from $11 per night 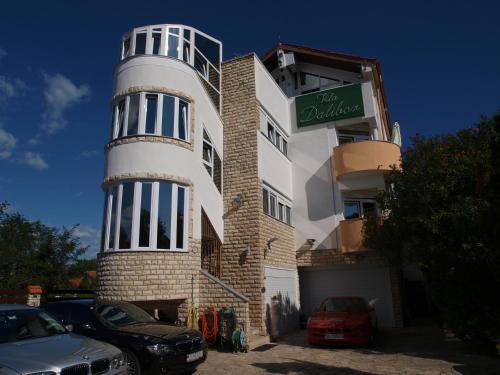 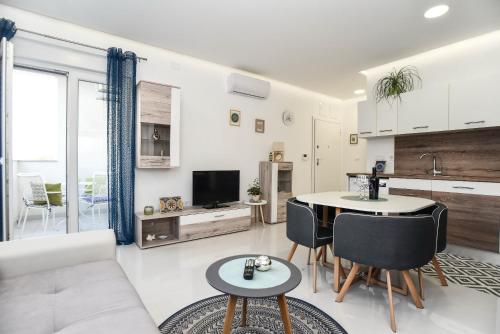 Situated in Nin, within 1.7 km of Skoljic Beach, Apartman Mar offers accommodation with air conditioning. This beachfront property offers access to a balcony, free private parking and free WiFi.Book now
from $62 per night Located just less than 1 km from Zdrijac Beach, Villa Romantika Dalmacija provides accommodation in Nin with access to an outdoor swimming pool, a shared lounge, as well as a shared kitchen. This villa features a private pool, a garden, barbecue facilities, free WiFi and free private parking.Book now
from $11 per night 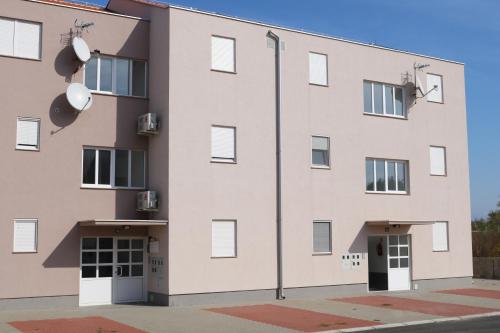 Boasting sea views, Nin Ždrijac 2 offers accommodation with a garden, barbecue facilities and a terrace, around 1.7 km from Skoljic Beach. This beachfront property offers access to a balcony, free private parking and free WiFi.Book now
from $11 per night 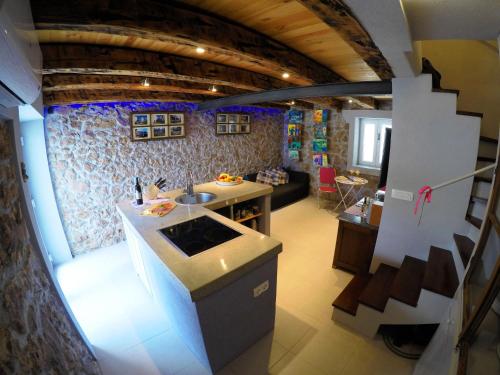 Holiday Home Jelic is set in Nin and offers a garden, barbecue facilities and a terrace. The air-conditioned accommodation is 700 metres from Zdrijac Beach, and guests benefit from private parking available on site and free WiFi.Book now
from $11 per night

See all 287 accommodations in Nona

Would you like to refresh yourself in ‘Aenona’ at sandy lagoons and explore a Croatian city at the same time? Then book an apartment with us in Nin, a Croatian city where the Romans already bathed. Nin can be reached by car. The connection to the island with its 4,600 inhabitants is via two bridges. The surroundings of Nin include a few smaller towns such as Grbe and Zaton, which belong to the administrative part. Zadar, 14 kilometres away, is a small town with over 200 islands around it and offers many opportunities for sea sports and basketball. Nearby are the Paklenica National Park, which includes the southern part of the Velebit massif. As a user of an apartment in Nin you will enjoy the Velika and Mala gorges. Nin offers many possibilities for active sports activities. Here and in the surrounding area you can play tennis, table tennis, mini golf, volleyball, football or bowling. Riders will also find good opportunities for a ride here. And you can even visit a donkey farm and try donkey milk there. This serves above all the beauty and, according to the legend, also as an aphrodisiac. Even the Egyptian empress Cleopatra bathed in donkey’s milk and thus beguiled the masculine world. And unlike couchsurfing in Nin, you can fully test this speciality in a self-contained holiday apartment. In the sea you can dive, windsurf, paraglide and hang glide – even without previous training.

An apartment in Nin: The music is your friend

Friends of historical buildings in Nin love Crkva svetoga Križa, the Church of the Holy Cross, the smallest cathedral in the world. It was not until later that researchers discovered that the special construction of the church also served as a calendar and clock. Exhibits from Roman times can be found in a smaller archaeological museum. And even the ruins of a Roman temple can be visited. Music lovers can enjoy the so-called ‘Klapa’. These are folk music groups from the Dalmatian region, which mostly perform unaccompanied songs. But also as a user of an accommodation in Poljica or as a tenant of an apartment in Vranjic you can experience Mediterranean and Croatian music festivals. The two biggest Klapa competitions, for example, take place in Omiš and Kaštela, not far from Vranjic. The tourist resort ‘Zaton Holiday Resort’ near Nin offers you concerts and many events and festivities. At disco clubs the ‘Voodoo’ in Nin or the ‘Saturnus’ in Zaton await their guests. You can find more accommodation and nightlife here with Apartments in Agram (the German word for Zagreb) or with an Apartment in Budapest, in Hungary. But before you make your way to the party you eat well.

A private accommodation in Nin provides for unusual food

Many restaurants, taverns and bars in Nin will delight you with Mediterranean dishes or local specialities from Nin and its surroundings. For example, you can taste ‘Šokol’, a speciality made from smoked pork neck with pure sea salt and various spices. Once a year the ‘Ninska Šokolijada’ takes place, where the chefs offer their guests traditional food. Nin offers you a lot of variety, surrounded by great lagoons with crazy beach life. Book a private holiday apartment with us in Nin and enjoy the Dalmatian village with all its advantages. The pleasant wind of the ‘Bora’ will surely give you a wonderful holiday in Croatia.