Well done. Look what authentic hosts in Naples are offering to you on 9flats. 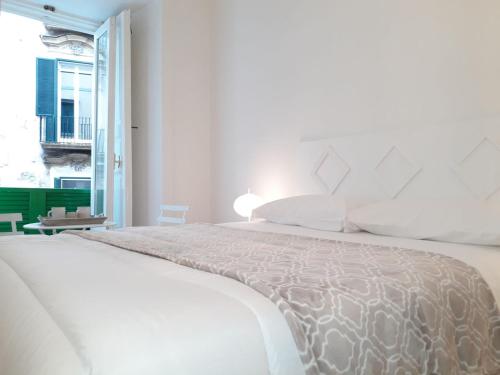 Located in Naples, on central Via Chiaia and only steps away from Piazza Plebiscito, Anna Home in Chiaia offers air conditioning and free WiFi. Both San Carlo Theatre and Palazzo Reale are within 300 metres of the holiday home.Book now
from $12 per night 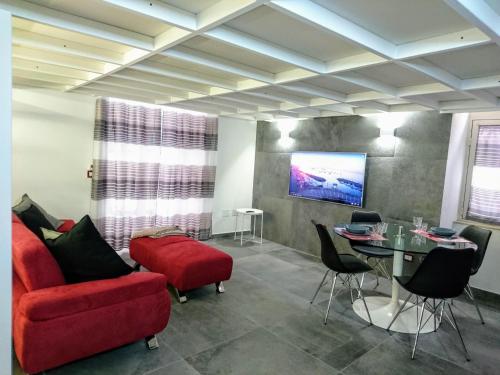 Located in Naples, within 700 metres of Maschio Angioino and less than 1 km of San Carlo Theatre, "WE" House Naples offers accommodation with free WiFi, air conditioning and a restaurant. Providing private parking, the apartment is 1 km from Via Chiaia.Book now
from $142 per night 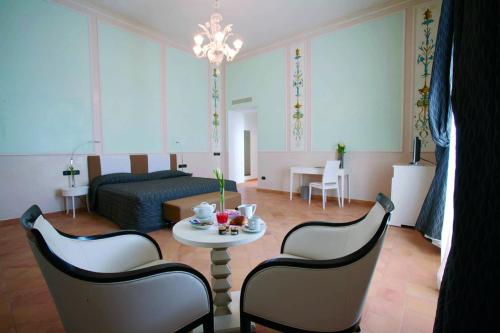 A few metres from the entrance to the Herculaneum excavations, this 18th-century villa offers large, modern rooms overlooking the sea or the 25,000 m² grounds surrounding the hotel. WiFi throughout is free.Book now
from $12 per night 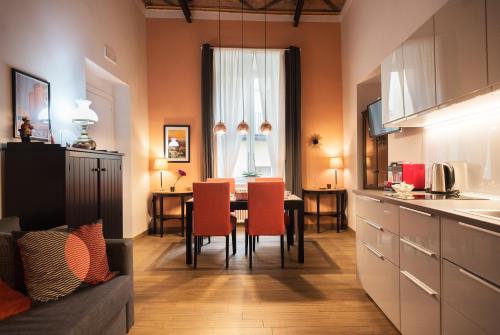 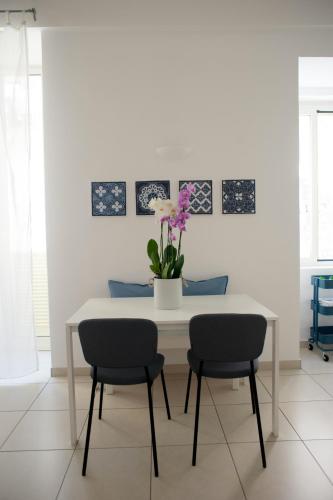 Right in the centre of Naples, situated within a short distance of Maschio Angioino and Naples National Archeological Museum, San Liborio Suites offers free WiFi, air conditioning and household amenities such as an oven and coffee machine. The property is 1.8 km from Palazzo Reale Napoli and 2.1 km from Chiesa dei Santi Filippo e Giacomo.Book now
from $47 per night 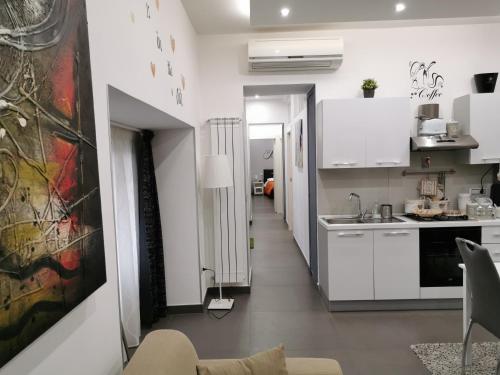 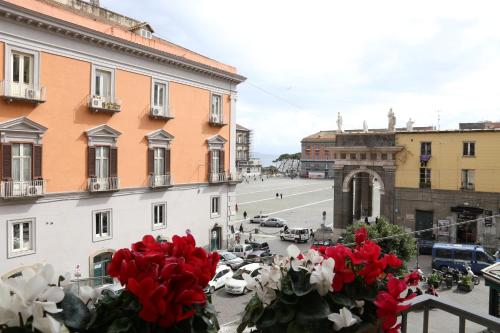 Located within the Plebiscito district in Naples, Maison Plebiscito has air conditioning, a balcony, and sea views. Providing private parking, the apartment is 200 metres from Galleria Borbonica.Book now
from $65 per night 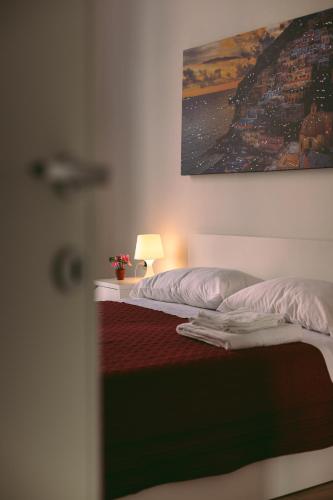 Set in the Naples Historical Centre of Naples, just a few steps from San Gregorio Armeno, Il Balcone Sui Presepi Apartment offers free WiFi and air conditioning. This apartment is 700 m from National Archeological Museum and 500 m from Catacombs of Saint Gennaro.Book now
from $142 per night 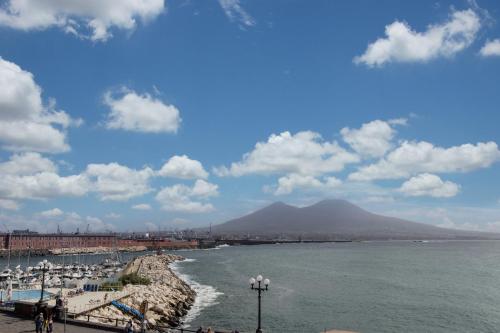 Overlooking the Tyrrhenian Sea, Casa Bellevue offers an air-conditioned apartment with a balcony and free Wi-Fi. This property is just a 5-minute walk from Piazza del Plebiscito square and the Royal Palace of Naples.Book now
from $247 per night 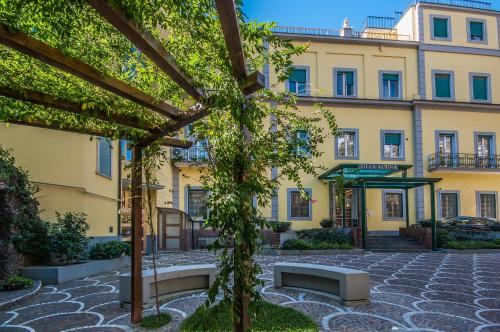 Just an 8-minute walk from Villa Floridiana in the Vomero district of Naples, Villa Albina features a garden and modern rooms with free WiFi throughout the property. Vanvitelli Metro Station is 500 metres away.Book now
from $71 per night 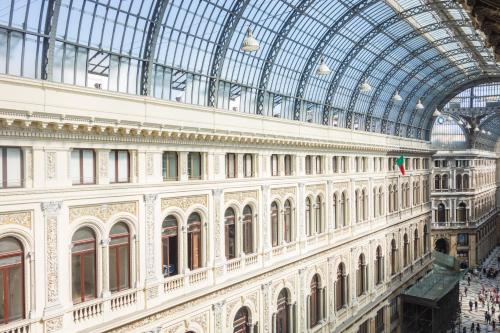 See all 3142 accommodations in Naples

Naples: A City Steeped In History

The third largest city in Italy, Naples nestles on the country’s Tyrrhenian Sea coast. Looking out over the beautiful Bay of Naples, the city commands a view of the Ischia Islands and Capri. Founded by the Greeks, Naples’ 2,800 year history has left a rich heritage of historically significant buildings and monuments. The city’s center is a UNESCO World Heritage Site. Vacation rentals in Naples offer a tempting opportunity to experience the cultural wealth the city has to offer. 9flats.com can accommodate you in an apartment in the vibrant heart of Bella Napoli, where you can visit such fascinating places as the Naples National Archaeological Museum. This boasts one of the world’s most extensive collections of Roman Empire era artifacts, including relics from the volcano devastated cities of Pompeii and Herculaneum. The Museo di Capodimonte, previously a Bourbon palace, houses a fabulous collection of paintings from the 13th to 18th centuries. Feast your eyes on breathtaking works by the likes of Titian, El Greco and Raphael. With 9flats.com vacation rentals Naples will open its ancient soul to you. However, while taking in the cultural riches don’t forget the excellent eating to be had in the city where pizza was created. Just check out those places with a wood burning oven for the authentic taste.

Enjoy This Timeless City with Vacation Rentals In Naples

A guest house rental from 9flats.com will allow you the freedom to enjoy Naples according to your own timetable. You will have plenty of time to explore wonders such as the Duomo. This 13th century Gothic cathedral is truly awe inspiring. Adjacent to it is the city’s oldest church, the Greek built Basilica Santa Restituta, an archaeological treasure trove. Of course, no visit to southern Italy would be complete without sampling some Italian opera, and THE place to enjoy this experience is at the Teatro San Carlo. Opened in 1737, this exquisite building with its ornately gilded interior and peerless acoustics is the world’s oldest surviving opera house. Naples boasts no less than three castles. The 12th century Castel dell’Ovo stands on an island in the bay. Castel Nuovo was built towards the end of the 13th century by Charles I of Anjou, and the Castel Sant’Elmo perches high over the city and commands panoramic views of the bay. From your vacation rentals in Naples all these can be enjoyed at leisure. While in the vicinity you will also want to take a trek up Mount Vesuvius and visit the ancient volcano’s ancient victims, the ruins of Pompeii and Herculaneum. Having whetted your appetite for the splendors of Italy you might also want to try an apartment in Rome, vacation rentals in Milan or perhaps a vacation apartment Palermo, courtesy of 9flats.com

Latest reviews for places in Naples