Well done. Look what authentic hosts in London-Hoxton are offering to you on 9flats. 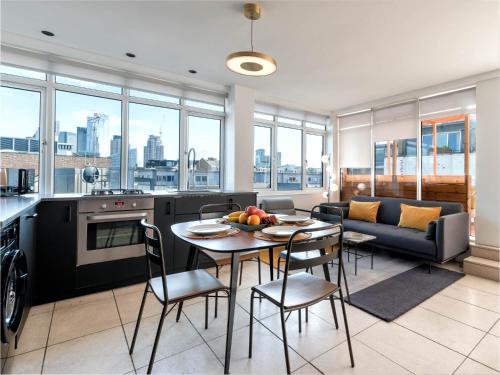 Set in London, 1.4 km from Brick Lane, D8 - Hoxton Square offers accommodation with a bar, free WiFi and room service. Guests benefit from a balcony and a terrace.Book now
from $117 per night

Situated up the road from London’s Silicon Roundabout, M by Montcalm offers luxurious accommodation in the heart of Shoreditch. There is an indoor pool, spa, sauna and fitness centre for guests’ use.Book now
from $12 per night 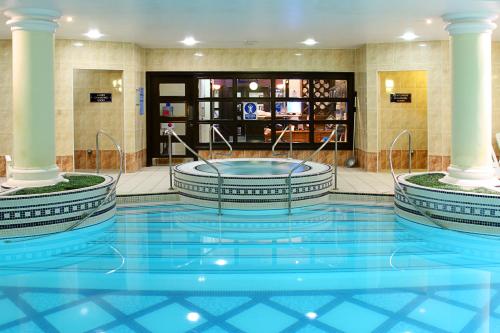 The Thistle Barbican Shoreditch is less than 10 minutes’ walk from Old Street and Barbican Tube Stations. It offers rooms with satellite TVs and a leisure centre featuring a pool.Book now
from $90 per night 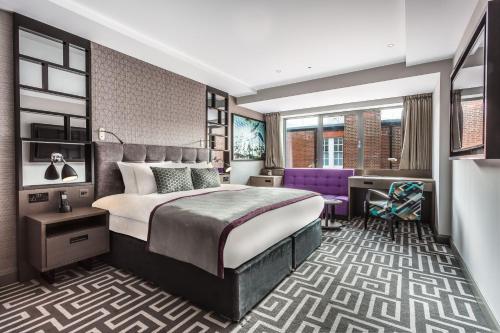 Located just 100 metres from Hoxton Square in London, Courthouse Hotel Shoreditch welcomes guests with an indoor pool, a sauna, a steam room and a fitness centre. Guests can enjoy the onsite restaurant and bar. Free WiFi is available throughout.Book now
from $241 per night 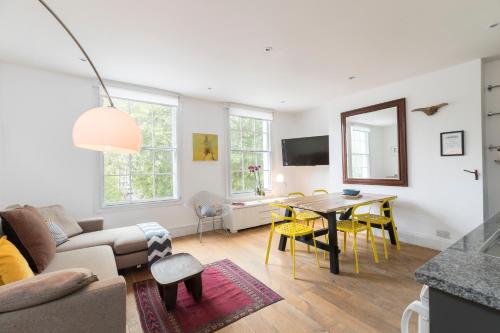 Situated in the centre of London, Smart 3 bed flat in Islington, close to Angel Tube features accommodation with city views, just 2.6 km from King's Cross Theatre and 2.8 km from Brick Lane. It is located 2.5 km from St Paul's Cathedral and provides free WiFi plus a 24-hour front desk.Book now
from $12 per night

Situated in London, 1.2 km from Brick Lane, 1.6 km from St Paul's Cathedral and 1.7 km from Sky Garden, City Road London features accommodation with a balcony and free WiFi. This apartment is 2.3 km from Borough Market and 2.5 km from Tower Bridge.Book now
from $120 per night

Situated less than 1 km from Brick Lane, Savoy Apartments features accommodation with a restaurant, a bar and room service for your convenience.Book now
from $12 per night

2.1 km from King's Cross Theatre, Angel Townhouse is set in London and offers free WiFi and express check-in and check-out. The property is located 2.2 km from Emirates Stadium, 2.3 km from Brick Lane and 2.7 km from St Paul's Cathedral. The property is situated in the Islington district.Book now
from $116 per night 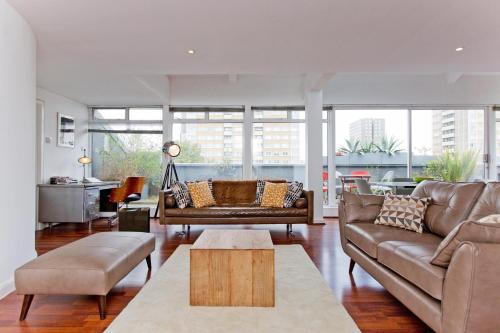 Old St penthouse, a property with a garden and a terrace, is located in London, 2.1 km from St Paul's Cathedral, 2.3 km from Brick Lane, as well as 2.7 km from Sky Garden. This property offers access to a balcony.Book now
from $288 per night 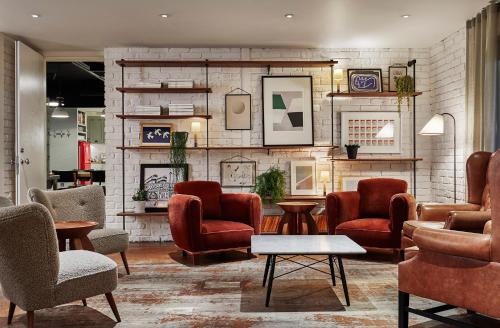 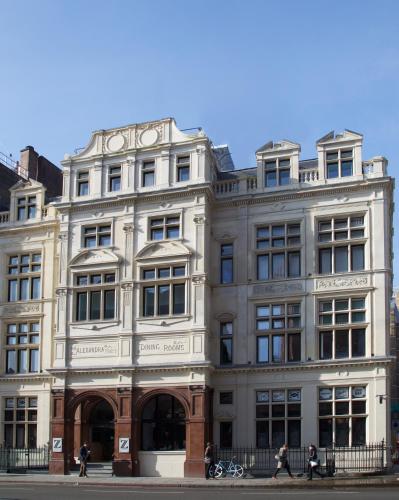 The Z Hotel Shoreditch is located just 15 minutes' walk away from the Shoreditch High Street and Hoxton Square.Book now
from $69 per night Hilton London Angel Islington is situated in the heart of fashionable Islington. This sleek, contemporary hotel is a 5-minute walk away from Angel Tube station and offers fitness and meeting facilities. Free limited WiFi is available in the public areas.Book now
from $12 per night

See all 134 accommodations in London-Hoxton

Hoxton is a district of London which is directly north of the City of London with the world famous financial district and belongs to the London Borough of Hackney. Due to its central location within the British metropolis, apartments in Hoxton/London are ideal quarters for anyone who wants to spend a few days in London and get to the most important tourist highlights in the city centre on short distances. A private accommodation in Hoxton, London, offers you freedom of space and time. You will live more privately than in a hotel, but you will have fewer contact points with your landlord and greater independence than with couchsurfing in Hoxton, London. Hoxton’s history goes back around 1,000 years, as the historic Domesday Book already mentioned “Hogesdon”, and a few centuries later the town was absorbed into the ever-growing British capital. Many historic buildings have survived in Hoxton to this day, such as the 1863 Hoxton Hall, which is still in use today as a venue.

Since the 1980s and 1990s, Hoxton has developed into a vibrant and trendy neighbourhood, with former industrial buildings gradually being taken over by young artists as lofts and studios and numerous clubs opened. To this day, life in this part of the city is still strongly influenced by creative people, and if you spend a few days in one of the apartments in Hoxton/London, you can experience the atmosphere of this special quarter very directly. A special attraction for locals and tourists alike is the Hoxton Market, founded in 1687 and revived in 2013. Staying in a private holiday apartment in Hoxton/London offers you the advantage of a good connection to the public transport network, but with many tours within the city centre you are not dependent on it at all. Rather, you can reach a lot of sights from Hoxton on foot or by bike.

A private apartment in London is appreciated by many tourists and is often a cheaper, but above all more individual alternative to a hotel. It is best to book a suitable private accommodation in London-Hoxton for your next trip to the Thames metropolis. Then you can spend a relaxing holiday in the neighborhood of the City of London and relax while worldwide financial transactions are processed next door. If you can’t find suitable accommodation in Hoxton, there are plenty of other alternatives to choose from, such as a holiday home in Bow, London, a neighbourhood that is also relatively centrally located. A private accommodation in Hoxton/London offers you an ideal combination of trendy neighbourhood and central location with short distances to the most important sights of London. The coexistence of different cultures and microcosms in a cosmopolitan city like London can be experienced especially well here. Numerous pubs and cafés ensure that you can start the day with a leisurely breakfast in Hoxton or end it with a delicious cocktail.

Latest reviews for places in London-Hoxton