Well done. Look what authentic hosts in Tenerife Island are offering to you on 9flats. 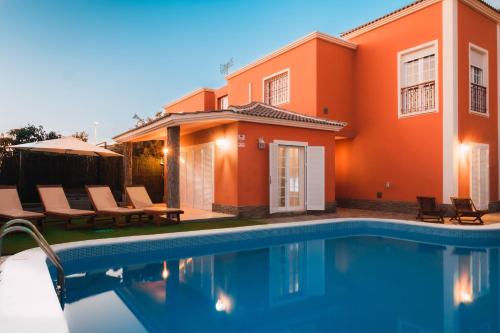 Featuring an outdoor swimming pool, a shared lounge, and a garden, Villa de Tenerife Sur offers accommodation in Adeje with free WiFi and pool views. The property was built in 2002 and features air-conditioned accommodation with a patio.Book now
from $293 per night 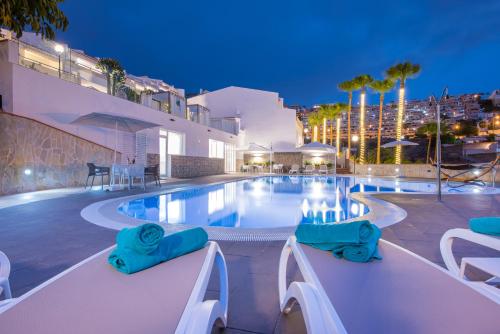 Set in Adeje, Haciendas features an outdoor pool and offers accommodation 300 metres from Aqualand. Free WiFi is available.Book now
from $87 per night

Featuring a patio with pool views, an outdoor swimming pool and barbecue facilities, PaulMarie Apartment Ocean View can be found in Adeje, close to Torviscas Beach and 1.3 km from Aqualand. Guests can go for a swim in the private pool and enjoy the free WiFi.Book now
from $163 per night 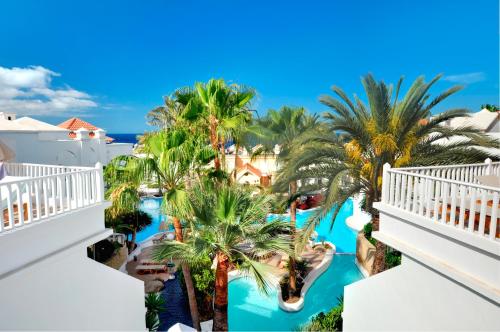 Featuring a private beach club on Playa Fañabé, Lagos de Fañabe Beach Resort is a 5-minute walk from the oceanfront. It offers stylish apartments with terraces, a seasonal lagoon-style pool and a gym.Book now
from $104 per night

The Hard Rock Hotel Tenerife is a luxurious beachfront hotel set in a tranquil residential area of Costa Adeje. It features 3 swimming pools, a saltwater lagoon, and free WiFi. There is daily free shuttle from the hotel to Siam Mall and Las Americas.Book now
from $139 per night 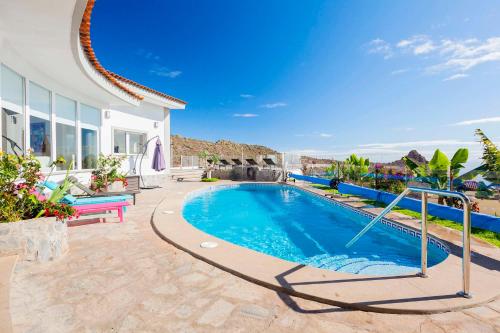 Featuring a restaurant, free bikes, and an outdoor swimming pool, Villa Sara in Costa Adeje offers accommodation in Adeje with free WiFi and pool views. This villa has a private pool, a garden and free private parking.Book now
from $384 per night 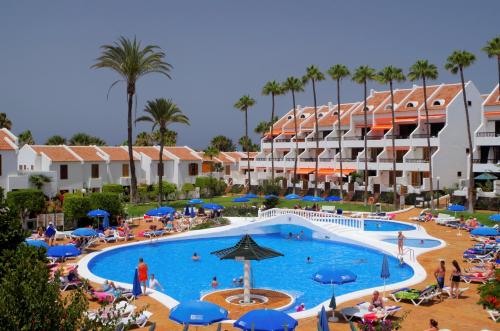 Set in Playa de las Americas, just 3 km from Playa del Callao, Parque Santiago ll offers beachfront accommodation with a bar, a garden, a terrace and free WiFi. With garden views, this accommodation provides a balcony.Book now
from $136 per night

Flamingo Beach Mate is set in Adeje and has an outdoor swimming pool, a children's pool, a fitness centre and a garden. Among the various facilities are a terrace and a bar. The accommodation offers free WiFi.Book now
from $128 per night

The Royal Sunset Beach Club Adeje is situated 100 metres from Fañabe Beach and features outdoor pools set within gardens. The hotel includes a gym, sauna and massage facilities.Book now
from $89 per night 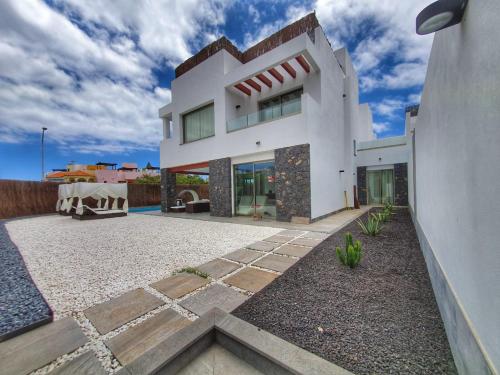 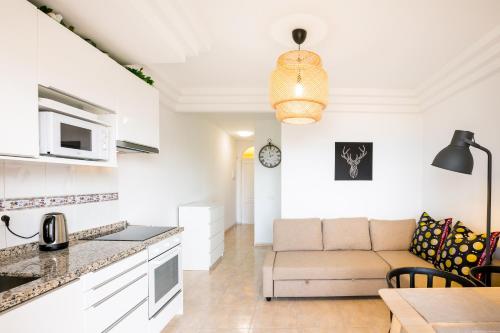 Set in Adeje, Apartment-Hotel Altamira offers accommodation with free WiFi, air conditioning, a restaurant and access to a garden with an outdoor pool. Situated on the beachfront, this property has a bar, a shared lounge and a terrace.Book now
from $90 per night

See all 7307 accommodations in Tenerife Island

The largest of the Canary Islands is Tenerife, with a length of about 80 kilometres and a width of about 50 kilometres. On almost 2.035km² it offers year after year numerous reasons to be visited by travellers from all over the world. Apartments on Tenerife are the perfect place to discover this austere beauty and at the same time allow yourself plenty of time to relax. Take a look around our website: If you prefer to live in the northeast of the island, we recommend Apartments in Santa Cruz de Tenerife or private apartments in San Cristóbal de La Laguna. In the southwest it would be e.g. Apartments in La Orotava, which could inspire you. Similar to the couchsurfing on Tenerife, but with much more comfort, you can enjoy your valuable holiday time in our accommodations – alone, with your family, friends or acquaintances. Nice hosts and neighbours will give you advice if you want to know which clubs are trendy on the island or which of the many sights you should definitely visit.

Apartments on Tenerife, the Spanish island in the Atlantic Ocean

From Germany you can reach your apartment on Tenerife quite quickly, because many non-stop flights land after only a few hours either on the Aeropuerto de Tenerife Norte or on the Aeropuerto de Tenerife Sur Reina Sofía. With a rental car you can then comfortably get to your holiday home. But when making your reservation, make sure that the carnival in Tenerife takes place on your desired date, for example, because it is one of the most interesting carnival events in the world. Every year hundreds of thousands travel to the island for this event, so it is advisable to book early if you want to see this great spectacle.

Around the private holiday apartment on Tenerife

Are you wondering what you can do in Tenerife? In addition to wonderful beaches and bays, the island has a diverse flora and fauna, which can be discovered on extensive walks. Especially in the region around the Teide, the highest mountain of the island, you will find forest cats and the famous West Canary lizards as well as many species of birds and butterflies. Tenerife is also known for its pilot whales, thousands of which regularly visit the strait between Gomera and Tenerife; a great opportunity to take a boat trip of a very special kind. But also the island towns are very worth seeing. From your private holiday apartment on Tenerife, you can reach by car for example the old town of La Laguna, which with the cathedral Santa María de los Remedios belongs to the UNESCO world cultural heritage. Historical buildings, the modern concert hall, colourful shopping districts and chic restaurants can be found in Santa Cruz de Tenerife as well as the impressive Natural History Museum. Your next trip will take you to the Portuguese island of Madeira? Then decide for one of our elegant Apartments in Funchal?