Well done. Look what authentic hosts in Calp are offering to you on 9flats. 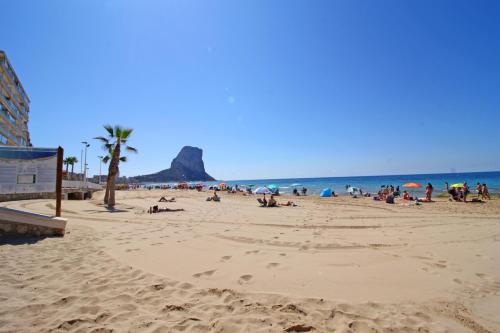 Apartamento Arenal is a beachfront property situated in Calpe, 1.9 km from Playa la Fossa-Levante and 2.6 km from Peñón de Ifach Natural Park.Book now
from $12 per night 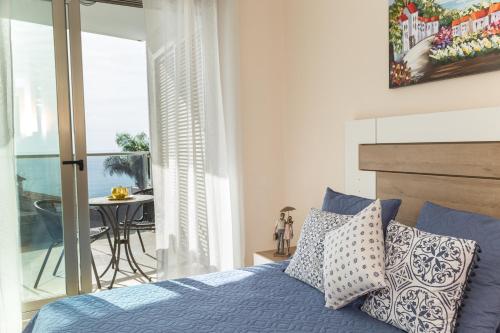 Situated 2.2 km from Playa la Fossa-Levante and 3.1 km from Peñón de Ifach Natural Park, Melior-1 in Calpe features air-conditioned accommodation with views of the city and free WiFi.Book now
from $35 per night

Located on Calpes Arenal Beach and a few minutes from the city centre, these smart apartments have an outdoor pool and views of the famous Ifach Rock the symbol of the Costa Blanca.Book now
from $52 per night 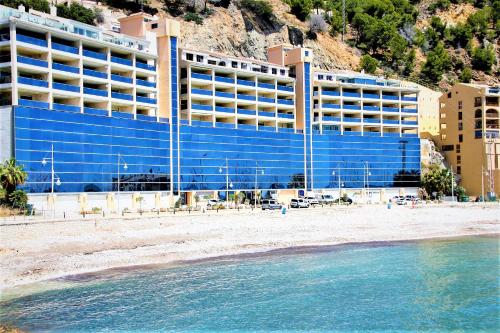 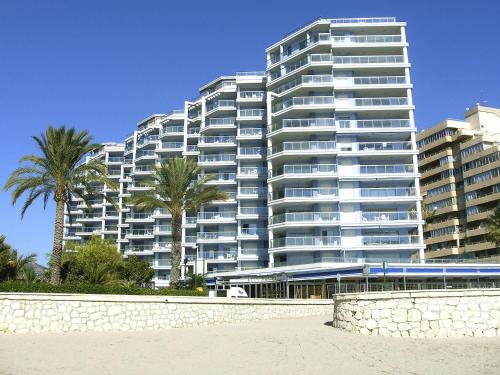 Located on the sea front of Levante beach, Apartamentos Unitursa Hipocampos features air-conditioned apartaments with free Wi-Fi and private parking on-site. The complex boasts an outdoor swimming pool a sauna and a terrace.Book now
from $52 per night 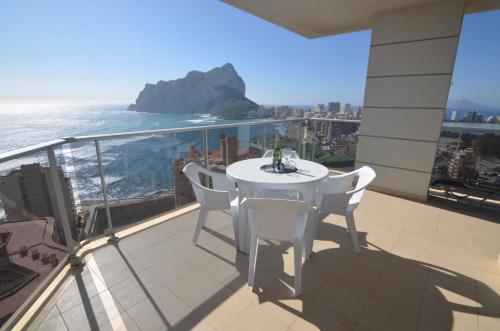 Located in Calpe in the Valencia Community region, Apartamentos Entremares provides accommodation with free private parking.Book now
from $72 per night 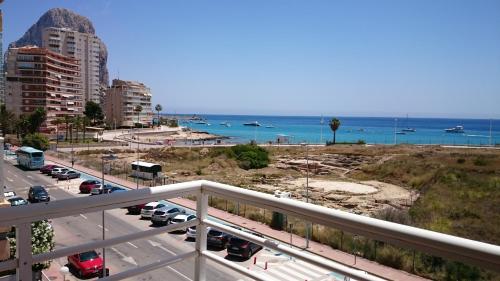 Situated in Calpe, within less than 1 km of Playa la Fossa-Levante and a 16-minute walk of Peñón de Ifach Natural Park, Apartamento con excelentes vistas offers accommodation with free WiFi, air conditioning, an outdoor swimming pool and a garden. The property has garden and sea views.Book now
from $53 per night 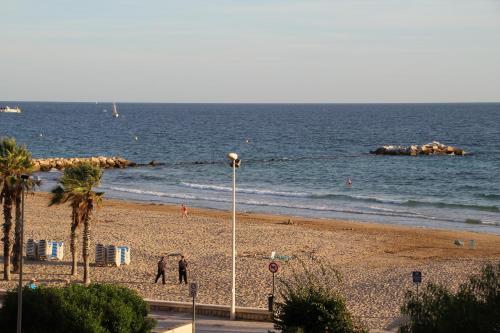 Located in Calpe, 1.4 km from Playa la Fossa-Levante and 1.8 km from Peñón de Ifach Natural Park, Amatista 12 D - Private provides accommodation with free WiFi, air conditioning, an outdoor swimming pool and a terrace. Featuring free private parking, the apartment is in an area where guests can engage in activities such as hiking, snorkelling and windsurfing.Book now
from $59 per night 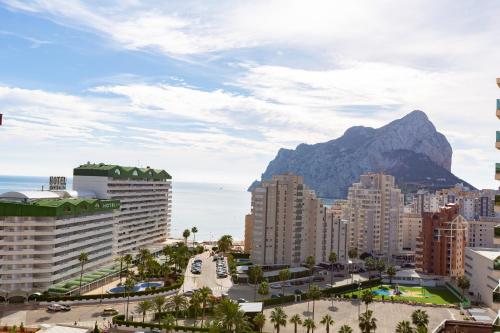 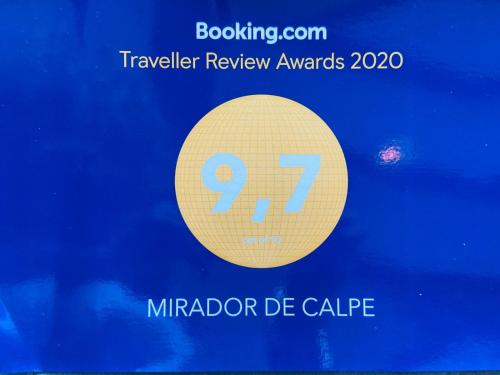 Situated in Calpe, just 1.4 km from Playa la Fossa-Levante, MIRADOR DE CALPE features beachfront accommodation with a seasonal outdoor swimming pool, a bar, a garden and free WiFi. Boasting free private parking, the apartment is in an area where guests can engage in activities such as hiking, snorkelling and table tennis.Book now
from $92 per night 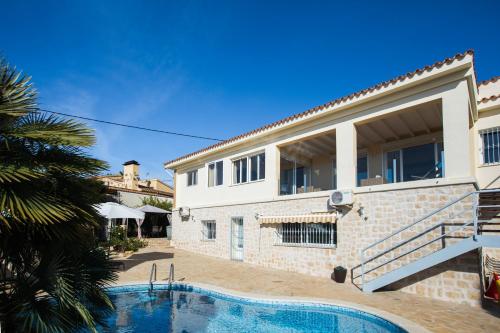 Offering impressive views of Calpe’s Peñón de Ifach Rock, Hotel RH Ifach is just 250 metres from La Fossa Beach. It features an outdoor pool with a children's area, and a heated indoor pool with a hot tub.Book now
from $12 per night

See all 2519 accommodations in Calp

Among the seaside resorts of southern Spain, the small town of Calp stands out with its very special location. The natural bay of Calp stretches from the Penyal d’Ifac Nature Park in the east to the Morro de Toix Cape in the west and has more than ten kilometres of fine sandy beaches. Water sports enthusiasts, beach volleyball players and surfers will find the best conditions here, and you can also explore the picturesque old town from your apartment in Calp. Similar to couchsurfing in Calp, you live in a local’s apartment during your stay, but you have it all to yourself. The biggest attraction of Calp, besides the beaches and the historic old town, are the characteristic salt lakes in the eastern part of the city, which are home to flamingos and many other bird species. Book your holiday home in La Merced with us in close proximity to the salt lake Ses Salines and the northern city beaches. Your private accommodation in Calp is also in a region rich in cultural treasures and traditional festivals, so you can celebrate with the locals at folk festivals such as Fallas de San José or the Fiesta de Moros y Cristianos. And if you ever need a break from the hustle and bustle of the busy resort, you can always retreat to your own four walls.

Holiday on the Costa Blanca: Apartments in Calp

Like the nearby holiday resort of Benidorm, Calp was originally a sleepy fishing village, and to this day the fish market in the old town harbour is still very busy when the fishermen sell their freshly caught fish on the spot. A few steps further you can try some of the local fish specialities at the promenade and on the way to the beach you can visit the famous baths of the queen, an old Roman complex that probably once served as a fish farm. The beaches of Calp are dominated by the Penyal d’Ifac, the town’s landmark at the eastern end of the bay. You can reach this 332 metre high rock via a footpath and enjoy the magnificent views from the surrounding coastal landscape. The characteristic rock formation served as a landmark for sailors several millennia ago and is now a nature reserve, as is Cape Morro de Toix with its cliffs and freshwater caves. Your apartment in Calp is situated in the middle of a typical southern Spanish landscape, characterized by wide hills and vineyards. From an accommodation in Maryvilla and other districts in the western part of the city, you have it not far to the Sierra de Bernia y Ferrer, a protected mountain landscape crossed by several panoramic hiking trails.

With its location between Valencia and Alicante, your apartment in Calp is an ideal starting point for excursions to the two port cities. But also to our holiday apartments in Benidorm you have it not far, because the popular holiday resort is only 20 kilometers away from Calp. Besides the beaches and amusement parks of the city, a winding old town awaits you here, where tapas bars and cafés give you an impression of the traditional southern Spanish way of life. For your onward journey to neighbouring Portugal, check with us about Apartments in Albufeira and other seaside resorts in the Algarve.