Well done. Look what authentic hosts in Atlanta are offering to you on 9flats.

Located near Dunwoody, in a suburban location near Perimeter Mall, The Battery Atlanta and a Marta station that travels to downtown destinations.Book now
from $71 per night Experience the excitement of Atlanta city centre at this centrally located hotel. Situated in the heart of the city, seconds from top attractions, this hotel offers exceptional accommodations and many modern conveniences.Book now
from $12 per night

Located in the Perimeter Area of Atlanta, 2.3 km from Perimeter Mall this all-suite hotel offers convenient services such as a free shuttle within an 12.9 km radius, free breakfast buffet, and free WiFi.Book now
from $76 per night 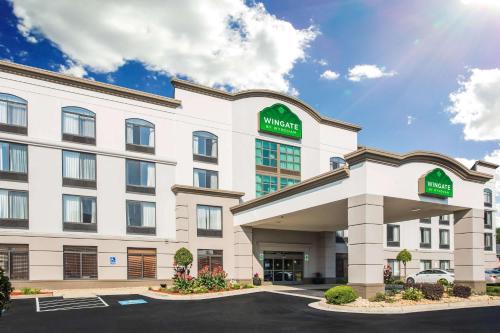 Located north of Atlanta, this Wingate hotel is only 10 minutes' drive to Six Flags White Water Park. Features include an indoor pool and complimentary hot breakfast. SunTrust Park is an 8 minutes' walk from the property.Book now
from $58 per night 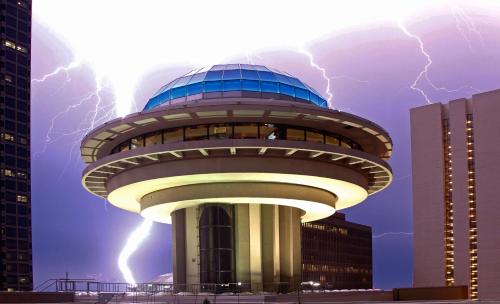 This Atlanta Hyatt Regency is 7 minutes’ walk from World of Coca-Cola and the Georgia Aquarium. Features 3 on-site eateries including a rotating restaurant, Polaris, and lounge as well as a seasonal outdoor pool.Book now
from $77 per night 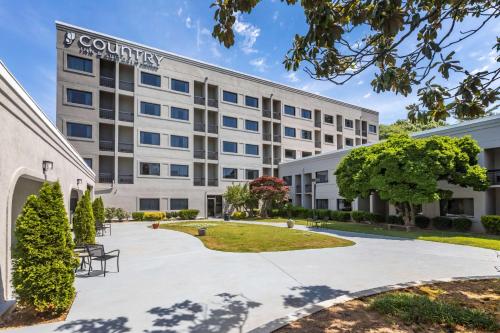 Located in Atlanta, Georgia, this hotel is just a 1 minutes' walk from the Georgia State Stadium. A seasonal outdoor pool, free parking, and free WiFi are offered at the hotel.Book now
from $75 per night 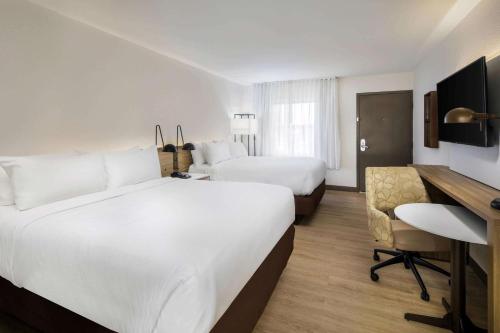 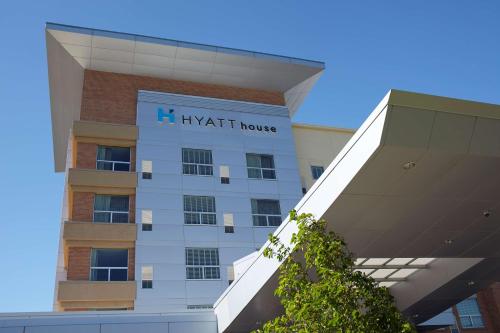 Featuring fitness centre, a sun terrace with a swimming pool and a bar, Hyatt House Atlanta Downtown is set in Atlanta and located just one block from the Georgia Aquarium. Among the facilities of this property are a 24-hour front desk and a shared lounge, along with free WiFi. Centennial Olympic Park is a 3 minutes' drive from the hotel. Mercedes-Benz Stadium is 1.6 km away. Grab-and-go breakfast options are available every morning at the hotel.Book now
from $119 per night

Connected to AmericasMart wholesale marketplace and steps from the Georgia Aquarium, this Atlanta hotel offers enjoyable services and a revolving restaurant with stunning views of the city.Book now
from $95 per night This Atlanta, Georgia elegant hotel features an outdoor infinity edge-pool with a city view, water walls, and a rooftop bar. Shopping malls and entertainment are nearby.Book now
from $170 per night 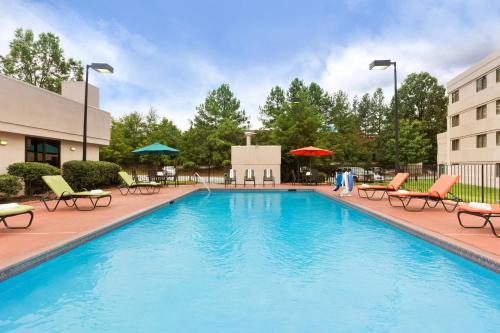 This Atlanta Airport Country Inn and Suites features a continental breakfast, outdoor pool, and free airport transfer service. This hotel is also 20 minutes’ drive from Six Flags Over Georgia.Book now
from $63 per night This Atlanta city centre hotel offers a 24-hour fitness centre, cocktail lounge, and rooms with a flat-screen television. The Tabernacle Concert Hall and Centennial Olympic Park are 152.4 metres away. Mercedes-Benz Stadium is 1.7 km from the property, while State Farm Arena is a 9 minutes' walk away.Book now
from $88 per night

See all 622 accommodations in Atlanta

Since the 26th Olympic Games were held in Atlanta in 1996 at the latest, we have known the city in the American state of Georgia. Georgia lies in the southeast of the USA, neighboring states are Alabama, Tennessee, South Carolina and in the south the “Sunshine State” Florida. But those who choose an apartment in Atlanta for their trip to the USA will be able to discover much more than just sporting attractions. Some people may know that the legendary shower company Coca-Cola founded its company here and still has its headquarters in the city today. CNN, UPS and Delta Airlines also prefer Atlanta because the tax rate here is lower than in other countries. You can choose your preferred domicile in Georgia’s capital from numerous offers and do not have to resort to couchsurfing in Atlanta. You live together with your landlords, but mostly in private holiday flats in Atlanta, which you can use alone. However, the owners are usually at your side with advice and action and above all great insider tips.

Large parks like the Piedmont Park and the Grant Park or the Oakland Cemetery beautify the city immensely. For example, the view from the Holiday Apartments in Morningside-Lennox Park, a quarter only five minutes from the city centre is fantastic. In addition the offered holiday houses are grandios in North Buckhead, Up to six persons can spend a dream vacation in America in domiciles with garden, roomy bedrooms and fire-place. If you are interested, book quickly, as large accommodations are not so common, but very popular. Of course you will also find smaller, private rooms through us, whose owners often even serve breakfast, provide bed linen and towels free of charge and can otherwise be a perfect contact for you, because they know Atlanta of course better than any travel guide.

Rent a private accommodation in Atlanta for sightseeing

In any case, you can plan on spending a week in Atlanta. Among other things you should visit the zoo with its pandas and gorillas, the Georgia Aquarium – the largest in the world – opened in 2005 and of course the Olympic Park with interactive water games. It is located right in the city center. If you live in an apartment in Atlanta, you will also want to see the memorial of Martin Luther King Jr. The preacher and Nobel Peace Prize winner, who was shot in 1968 in Memphis, comes from Atlanta and was buried here in the King Memorial Center. A trip to the city of Augusta, about 150 miles away, is also recommended. It is the second largest city in Georgia with a manageable population of almost 200,000. Of course you can also rent a holiday domicile in Augusta. from us. From here it’s a three-hour drive to the coast in the neighbouring country – to South Carolina, where you can go on a beach holiday right on the Atlantic, for example in a Cottage in Charleston We wish you a good trip and lots of fun if you take care of your booking now.

Latest reviews for places in Atlanta