Well done. Look what authentic hosts in Wisła are offering to you on 9flats.

Jurzyków is a richly equipped highland villa located in Beskidy National Park. It features a private, outdoor pool with a sauna, a hot tub and a shower with hydromassage facilities.Book now
from $12 per night 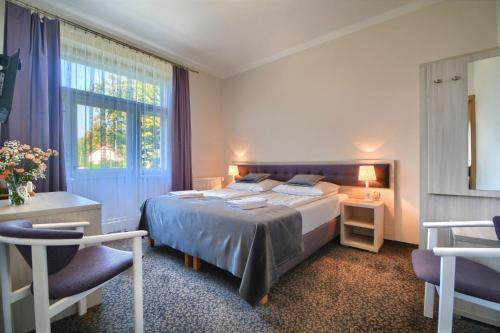 Willa Księżówka - Wiślanka offers self-catering accommodation located in the mountain resort of Wisła. FreeWi-Fi access is available. There is a volleyball and football pitch.Book now
from $55 per night 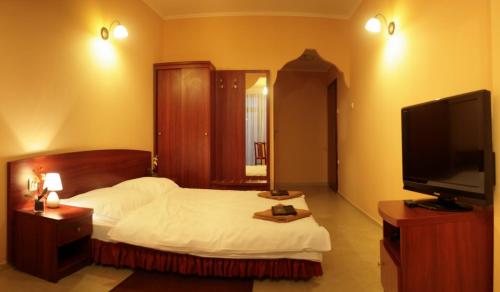 Dwór Jur-Gast is located in the centre of Wisła resort, 500 metres from the Market and 600 metres from the Skolnity Ski Lift. It features newly decorated rooms with free Wi-Fi and flat-screen satellite TV. Free parking is available on site.Book now
from $26 per night 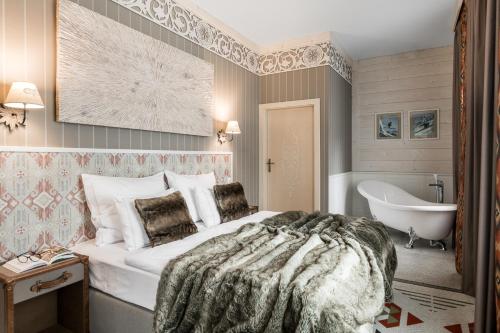 Located in Wisła, less than 1 km from Wisla-Malinka, Aries Hotel & SPA Wisła provides accommodation with a restaurant, free private parking, a fitness centre and a bar. The accommodation offers a ski pass sales point and ski storage space, as well as a garden and a terrace. The accommodation features a 24-hour front desk, airport transfers, room service and free WiFi throughout the property.Book now
from $89 per night

Rezydencja Pod Ochorowiczówką B&B is located in a quiet area in the centre of Wisła, 1.8 km from the Wisła Market Square and 200 metres from Siglany Ski Station. Free Wi-Fi access is available.Book now
from $42 per night 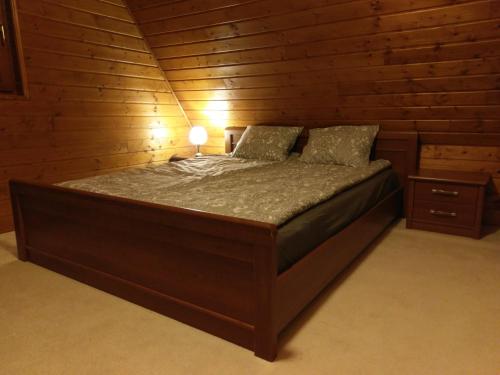 Featuring garden views, Całoroczny góralski dom w Parku Krajobrazowym features accommodation with a garden and a balcony, around 3.1 km from Świniorka Ski Lift. Boasting free private parking, the holiday home is in an area where guests can engage in activities such as hiking and skiing.Book now
from $81 per night

Nad Zalewem, a property with a seasonal outdoor swimming pool, a shared lounge and a terrace, is situated in Wisła, 4 km from Wisla-Malinka, 7 km from Kuba Ski Lift, as well as 11 km from Museum of Skiing. Featuring free private parking, the holiday home is in an area where guests can engage in activities such as hiking and cycling.Book now
from $192 per night 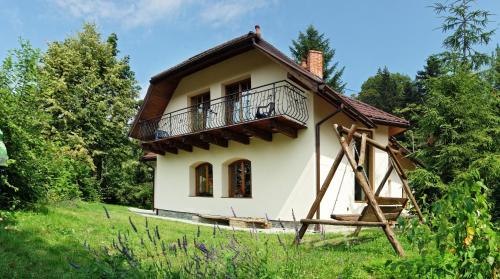 Boasting a garden, Babie Lato Bed&Breakfast is set in Wisła, 1.9 km from Wisla-Malinka. The property is situated 2.2 km from Cienkow Ski Lift, 3.6 km from Kuba Ski Lift and 4.3 km from Museum of Skiing. This property offers both WiFi and private parking free of charge.Book now
from $26 per night 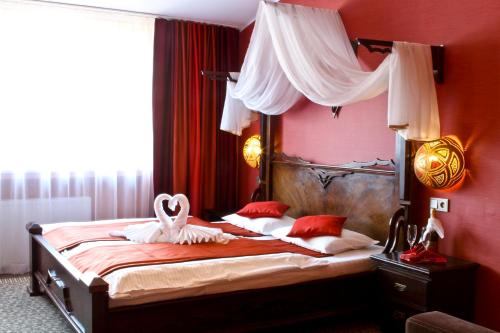 With a beautiful and peaceful mountain location on the outskirts of Wisła, surrounded by unspoilt forest, Centrum Green Hill Business & SPA offers comfortable accommodation, complete with conference facilities and free Wi-Fi. Guests can enjoy free access to a Spa centre.Book now
from $71 per night 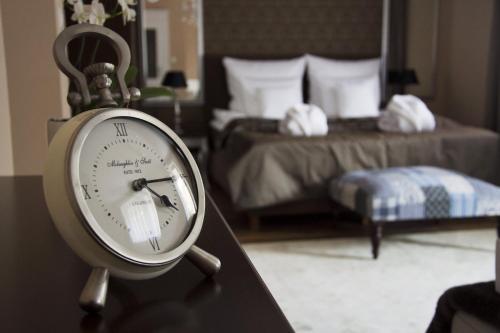 Sepia Spa is located in Wisła, just 2 km from the Market Square. This property houses a restaurant and a spa & wellness centre, including a massage parlour, a sauna and a hot tub.Book now
from $49 per night

Providing city views, Willa STRITZKI in Wisła provides accommodation, a restaurant, free bikes, a bar and a terrace. Both WiFi and private parking are available at the bed and breakfast free of charge.Book now
from $76 per night 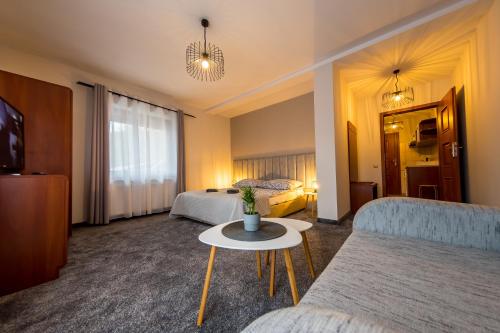 Located right by a forest, Willa Natasza is 2 km from the centre of Wisła. Free Wi-Fi access is available.Book now
from $24 per night

See all 297 accommodations in Wisła

Wisla, better known in our latitudes as the Vistula, is a small town in Polish Silesia. Despite its changeable history, the region has been able to retain its original character. Book your apartment with us in Wisla and use it as a starting point for a journey north, along the Polish border up to the Amber Coast of the Baltic Sea. Check out our private accommodation in Wisla and choose your favourite.

The area around Wisla was first settled in the 17th century. At that time, wide, inaccessible forest areas dominated, which were now cleared extensively in order to make room for flocks of sheep. Sheep farming remained the city’s most important source of income until the 19th century. Then tourism gradually began, as Wisla was discovered by summer visitors due to its location on the Vistula. The town itself has belonged to Poland only since 1919, before that it was part of the Great Empire of Austria-Silesia and thus part of the Austro-Hungarian Monarchy. Worth seeing is above all the Protestant church built in classicist style, in whose immediate proximity the Beskydy Museum is located. Just outside the city you will find numerous hiking trails and the residence castle of the Polish president, which was completed in 1931 with seemingly lavish luxury. However, there are no possibilities for couchsurfing in Wisla. But our apartments in Wisla allow you to experience your stay as if you were a local. Nature lovers, on the other hand, are regularly drawn to the shore of Lake Czernianski. From there, a small path leads to the Rodlo Cascades, a series of smaller waterfalls considered the most beautiful in the Beskydy Mountains. The Beskydy Mountains as part of the Western Carpathians are also responsible for the fact that Wisla has become a ski resort in recent decades. Along the Polish western border, your way could now lead you north to West Pomerania, or to Szczecin for that matter. The city lies in the approximately five kilometre wide estuary of the Oder, which also led to the development of one of the most important Baltic Sea ports. The city area itself, which is surrounded by the two main arteries of the Oder, also includes several islands, some of them of considerable size. Numerous private holiday accommodations in Szczecin are located in the old town, which suffered severe damage during the Second World War. The reconstruction has not been completed to this day. The castle of the Dukes of Pomerania, which is located on the highest point of the old town, was reconstructed according to original plans. Remains of the former city wall still remind us of the time when Szczecin was founded in the 12th century.

Between Russia and Germany, private apartments in Wisla

While the inhabitants of Wisla have always been able to retain an independent character, the formerly strong Prussian influence is much more noticeable in Kolberg. The small town was first settled in the 9th century, lies directly on the Baltic coast and quickly gained economic importance due to the rich salt deposits on the coast. Over the centuries, Prussian and Swedish occupiers alternated again and again. Despite severe destruction towards the end of the Second World War, the old town was rebuilt largely according to original models. The most important landmark in the immediate vicinity of the numerous private accommodations in Kolberg is the Kolberg Cathedral. The oldest areas were already built in the 14th century, and numerous valuable furnishings such as the baptismal font or a seven-armed chandelier date from this period. With a little luck you can find amber on a walk along the coast. The petrified resins are washed ashore by the surf, which is why this section is also called the Amber Coast. Further west on the island of Usedom lies Swinemünde. The city itself developed only in the 18th century with the construction of the new port and belongs since 1945 to the Polish territory. Book with us your private holiday home in Swinemünde, in the immediate vicinity of the city’s landmark – the Christuskirche. The oldest areas of the sacral building were erected during the city’s founding period and expanded further in the 19th century. In addition, numerous fortifications still remind of the time when Prussia extended the promontory to a bulwark against invading Swedish armies. From here it is then only a short distance to our private holiday apartments in Berlin. The landmark of Germany’s capital is the Brandenburg Gate, which today is regarded as a symbol of both division and reunification. More than ten million visitors flock to di