Well done. Look what authentic hosts in Southampton are offering to you on 9flats. 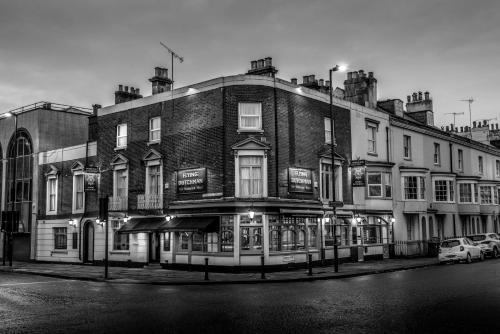 Flying Dutchman Hotel is located in the heart of historic Southampton, 2 minutes’ walk from bustling Oxford Street. It offers a stylish lounge bar and luxurious rooms with free WiFi.Book now
from $57 per night 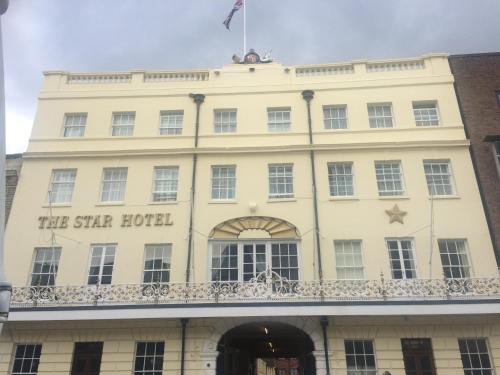 - LUNA HOUSE - Spacious - Modern - Southampton Airport - Central Eastleigh is situated in Eastleigh and offers a garden and a terrace. The accommodation is 13 km from Winchester, and guests benefit from complimentary WiFi and private parking available on site.Book now
from $170 per night 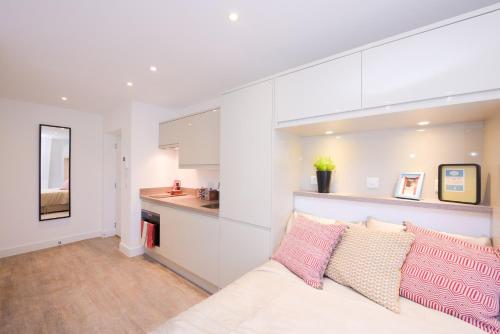 Town OR Country - Canute Studio is set in Southampton, 1.5 km from Southampton Guildhall. The Mayflower Theatre is 1.8 km away. Free WiFi is offered.Book now
from $65 per night 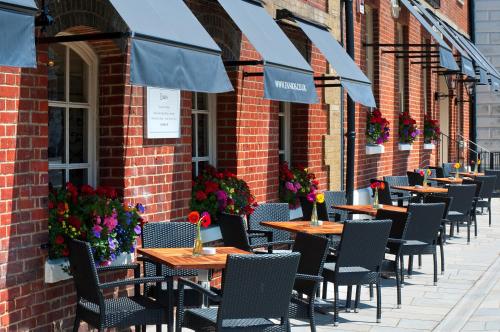 Opposite the Red Funnel ferry terminal and just minutes from the city centre and cruise terminals, Ennios is an Italian restaurant with boutique bedrooms that offer luxurious comfort.Book now
from $181 per night 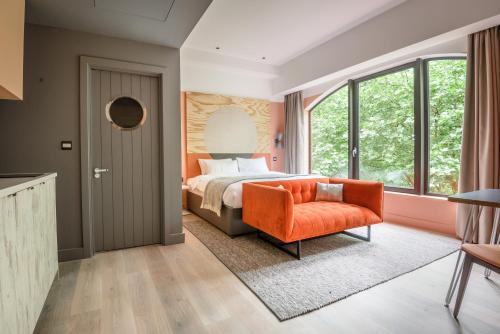 Featuring a fitness centre and a shared lounge, room2 Southampton is situated in Southampton, 1.2 km from Southampton Guildhall and 1.4 km from The Mayflower Theatre. This property is located a short distance from attractions such as Maritime Museum and City College Southampton. Ageas Bowl is 6 km from the hotel and Woodmill Outdoor Centre is 4.4 km away.Book now
from $84 per night 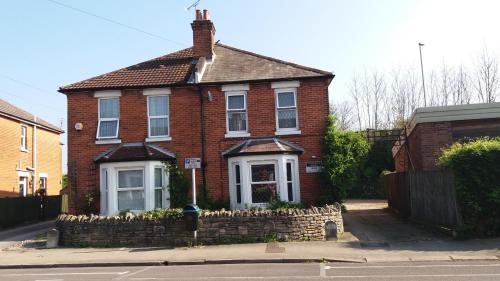 Situated in Eastleigh in the Hampshire region, crestwell house features accommodation with free WiFi and free private parking.Book now
from $11 per night 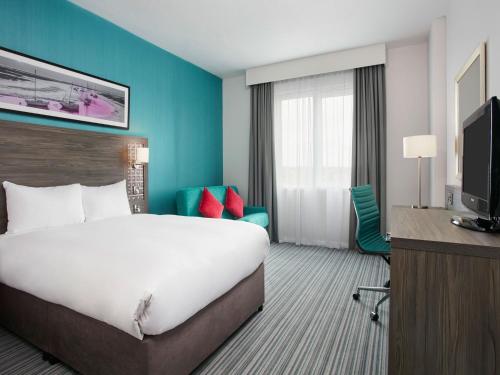 Overlooking East Park, Jurys Inn has a 24-hour reception and a modern restaurant. The hotel is located in Southampton centre, less than a mile from Southampton Central Railway Station. Free WiFi is accessible throughout.Book now
from $60 per night 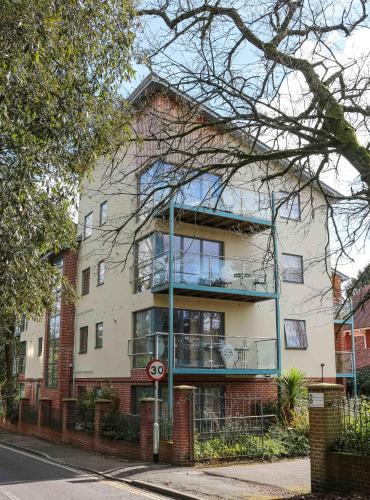 Situated in a residential area on the outskirts of Southampton, the Southampton Serviced Apartments offer free Wi-Fi and free onsite parking. Each two-bedroom apartment features a spacious open plan living area and a self-catering kitchen.Book now
from $84 per night 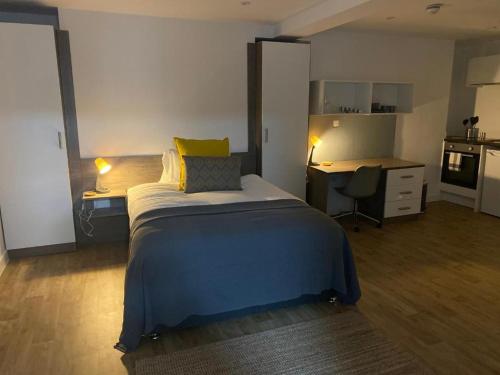 Located in Southampton, near Southampton Guildhall, The Mayflower Theatre and WestQuay, PS APARTMENTS features free WiFi.Book now
from $73 per night

Boasting garden views, Hospital House Luxury Apartment 1 provides accommodation with a patio and a kettle, around 4.3 km from Southampton Guildhall. Set 3.7 km from The Mayflower Theatre, the property offers a garden and free private parking.Book now
from $141 per night 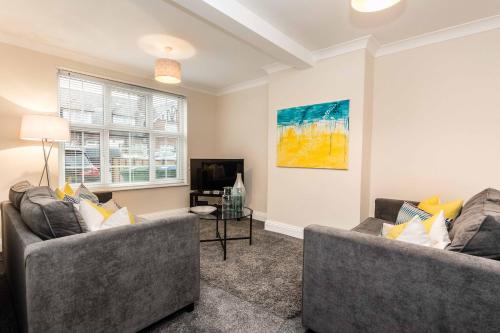 Offering free WiFi and garden views, Blue Flag - The Alder is an accommodation set in Southampton. Located 5 km from The Mayflower Theatre, the property provides a garden and free private parking.Book now
from $181 per night

See all 213 accommodations in Southampton

You’re never far from the water in Southampton, a city built between two rivers which has been a port since prehistoric times. It is linked with some of the most significant events in naval history – the Mayflower left from here carrying the Pilgrim Fathers, the Titanic set sail to its fate from the quayside and its importance as a port during World War II led to much of the city being flattened by Luftwaffe bombs. Today it has re-emerged as a modern, dynamic city which as the cruise capital of Europe is visited by some of the biggest and most luxurious ships in the world. Four million people visit each year but you don’t have to mingle with the masses to see the city. Renting a privately owned holiday apartment in Southampton from 9flats gives you a chance to get to know the local people and experience the city through their eyes.

Holiday apartments in Southampton, the city with something for everyone

The 9flats option is a great alternative to something like couchsurfing in Southampton because the apartment is for your own private use. You get your own front door and exclusive use of a home that has been decorated by the owner for their own personal comfort. 9flats has tens of thousands of similar properties around the world, from sophisticated vacation apartments in Paris to laid-back holiday beach houses in Mauritius. A holiday home in Southampton makes you part of a city that has something to offer for all ages and interests. There is a vibrant cultural and music scene, a huge range of sports and leisure activities, and attractions that will delight every member of the family.

From ships to shopping in a Southampton holiday home

Dip into the city’s rich maritime history at the SeaCity Museum, a fascinating interactive display that uses state-of-the-art technology to bring the past to life, or at the recreated 18th century shipbuilding village of Buckler’s Hard where Nelson’s warships were built. Or indulge in some retail therapy at the WestQuay Shopping Centre, one of the region’s premier shopping destinations. For something a bit different while in your Southampton holiday apartment there are the boutique shops of Bedford Place which has all the atmosphere of a traditional high street coupled with a lively collection of bars and restaurants. For culture there are galleries like the world-renowned Southampton City Art Gallery, cinemas, music venues and theatres. The city’s Mayflower Theatre is the largest in the south of England and regularly has West End productions on its stage.

Your Southampton vacation apartment is in the beautiful county of Hampshire which is itself well worth exploring if you fancy a day out from the city. With 9flats you could also tour the neighbouring county of Dorset from a vacation home in Bournemouth. And London is not to be missed. 9flats has a great range of holiday flats in London to suit all budgets. With 9flats you will sleep easy wherever you are.