Well done. Look what authentic hosts in Brooklyn are offering to you on 9flats. The Sheraton Brooklyn New York is 322 metres from MetroTech Center and is 161 metres from the subway station. The hotel offers a restaurant and a swimming pool with a retractable roof. Barclays Center is 1.3 km away.Book now
from $92 per night This Brooklyn hotel is 1.6 km from the Brooklyn Bridge and 2.7 km from Manhattan. The hotel offers free WiFi, on-site dining, and a 24-hour snack shop. Barclays Center is 1.3 km away.Book now
from $12 per night 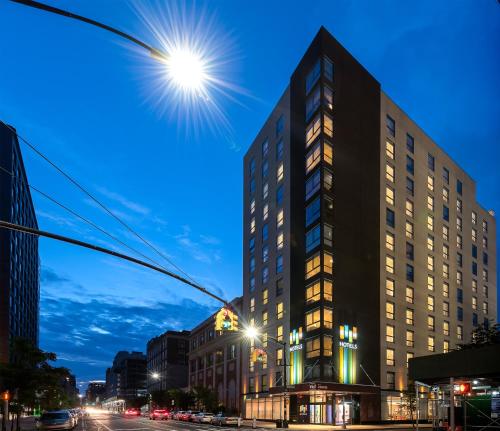 EVEN Hotel Brooklyn, an IHG hotel

Set in Brooklyn, 805 metres from Barclays Center, EVEN Hotel Brooklyn features a terrace and views of the city. Guests can enjoy the on-site restaurant.Book now
from $75 per night 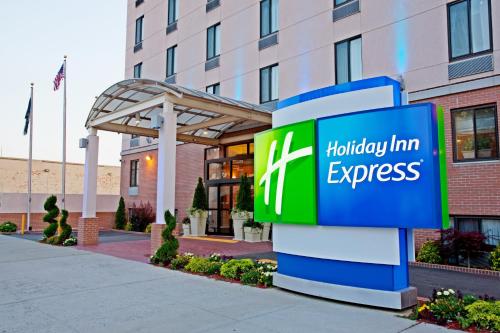 Located in Park Slope, Brooklyn and offering stunning views of Manhattan along with easy access to area attractions, this hotel offers comfortable rooms along with a free daily breakfast buffet. Barclays Center and Prospect Park are both just 15 minutes' walk from the property.Book now
from $71 per night

Set in Brooklyn, within 4 km of Barclays Center and 13 km of Coney Island, Empire Blvd Guest House offers free WiFi. The property is around 1.3 km from Brooklyn Botanic Garden, 1.9 km from Brooklyn Museum and 2.1 km from Brooklyn Public Library. Attractions in the area include Brooklyn Bridge Park Conservancy, 7 km away, or Red Hook, located 9 km from the property.Book now
from $58 per night 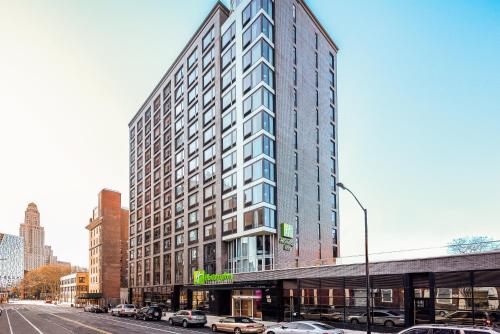 Offering an indoor heated pool and indoor whirlpool, The Holiday Inn Brooklyn Downtown is less than a km from One MetroTech Center and 805 metres from Barclays Center.Book now
from $69 per night Hotel Indigo - Williamsburg - Brooklyn has a restaurant, seasonal outdoor swimming pool, a fitness centre and bar in Brooklyn. Among the facilities at this property are a 24-hour front desk and room service, along with free WiFi throughout the property. Private parking is available on site.Book now
from $12 per night 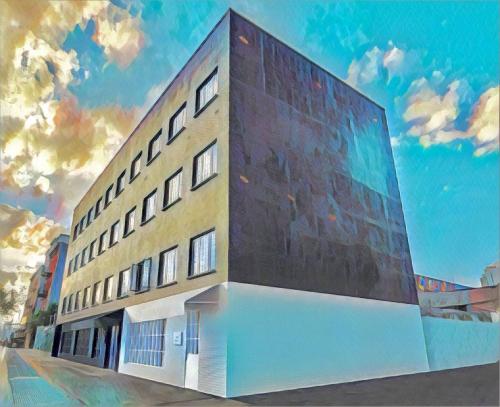 Offering a terrace and views of the city, Gowanus Inn & Yard is set in the Gowanus district in Brooklyn.Book now
from $77 per night 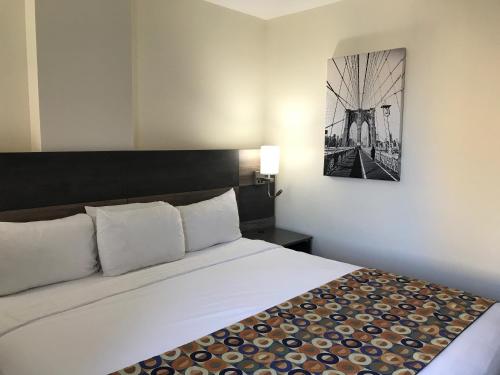 Offering free WiFi and parking, the Bogart Hotel in Brooklyn is 6.4 km from the Brooklyn Museum and 8.2 km from the Barclays Center.Book now
from $139 per night

This boutique hotel is located in the Park Slope neighbourhood and offers free on-site parking. It is 6 blocks from the Union Street subway station and rooms feature free WiFi. Barclays Center is just 1.8 km away.Book now
from $105 per night

Located within walking distance of two main subway stops that will connect guests to Manhattan, Fairfield by Marriott NY Brooklyn offers a complimentary breakfast every morning.Book now
from $79 per night

See all 155 accommodations in Brooklyn

From Borough Park to Coney Island – your holiday home in Brooklyn

Brooklyn is one of five districts of the American metropolis New York City. Located in the southeast of the city, Brooklyn is densely populated with almost 2.6 million inhabitants and borders the neighboring Queens district in the northeast. In addition, the coast of Brooklyn is defined by several waters. These include the East River and the Upper New York Bay. The district unites many different cultures, each of which governs a particular part of the district. For example, Italians gather in Dyker Heights and Bensonhurst, many Russians live in Coney Island and Brighton Beach, and many Jews have settled in Borough Park. Find a private holiday home in Brooklyn at 9flats.com and get up close and personal with the racy variety. You’ll be staying with locals, not only making the most of a cheap night’s lodging, but also experiencing the New York way of life!

Attractive sights near your accommodation in Brooklyn

A holiday home in Brooklyn will quickly take you to the Brooklyn Bridge, the most famous landmark in New York City. It is one of the oldest suspension bridges in the United States and connects Brooklyn with Manhattan. Six lanes and a wide pedestrian and cycle path provide plenty of traffic. If you’re culturally interested, the Brooklyn Museum of Art has over 1.5 million exhibits waiting for you to see. For nature lovers, Brooklyn invites you to the lush Prospect Park, which also boasts a zoo. But that’s not all: the Brooklyn Botanic Garden is impressive with an area of 210 hectares and a variety of landscapes. During your visit you can explore the garden on your own or take part in a guided tour to get interesting information about the many plants. If you like the thrill of riding in a ghost train or a roller coaster, you should start from your holiday apartment and go directly to Coney Island, where you will find several amusement parks, some of them with attractions that can be used free of charge. Furthermore, the district, often called “Rabbit Island”, convinces with its enchanting beach, where you can relax wonderfully. Also worth a visit in Coney Island is the New York Aquarium. Some of the more than 20,000 marine animals, such as sea lions, let you watch feeding and some tricks during special shows.

Find a perfectly located apartment in Brooklyn with 9flats.com

But not only private accommodations for your stay in Brooklyn can be found at 9flat.com. If you would rather rent a holiday apartment in Manhattan or for example an apartment in Harlem during your city trip to New York City, the portal is also a practical helper. If you are more in the mood for the German capital, you’ll also find Holiday Apartments in Berlin

Latest reviews for places in Brooklyn