Well done. Look what authentic hosts in Viareggio are offering to you on 9flats. 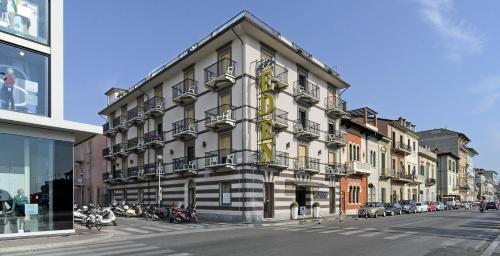 Set on Viareggio's seafront promenade, Hotel Eden is a few steps from the beach and the historic Caffè Margherita. Its terrace offers panoramic views of the Versilia coast and the Apuan Alps.Book now
from $11 per night 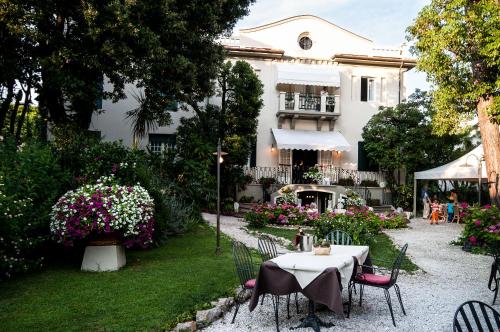 Just 200 metres from the beach, Hotel Club I Pini is an early 20th-century building with large green gardens. It offers free Wi-Fi in the lobby, and classic rooms. The centre of Lido di Camaiore is a 10-minute walk away.Book now
from $11 per night 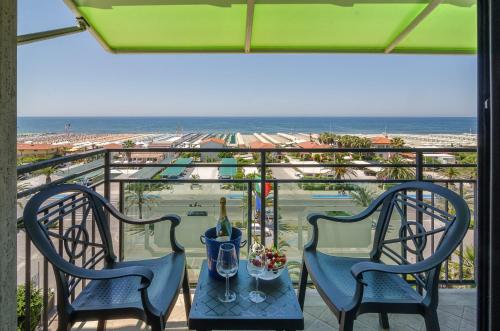 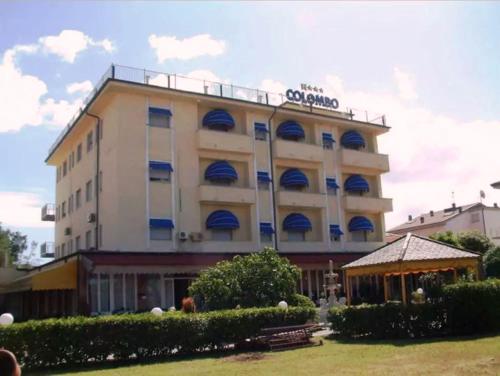 Set 100 metres from Lido di Camaiore’s beach, near Viareggio, Hotel Villa Colombo is surrounded by a spacious furnished garden. Some rooms have balconies with sea or garden views. Free Wi-Fi is available in public areas.Book now
from $11 per night 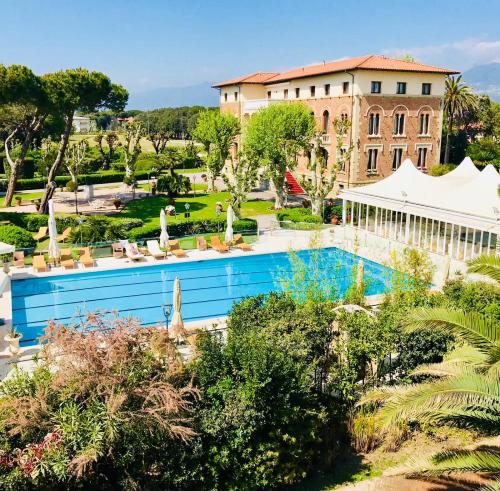 Set in over 2 hectares of private parkland, this 19th-century estate features a outdoor pool and 2 restaurants. Its elegant rooms offer satellite TV, 200 metres from Camaiore beach.Book now
from $11 per night Situated in Viareggio, within 2.2 km of Lido di Camaiore Beach and 2.2 km of Viareggio beach-Marina Di Levante, Casa vacanze da Antonio offers accommodation with free WiFi, air conditioning, a shared lounge and a garden. The property has city views and is 2.8 km from Viareggio harbour.Book now
from $171 per night 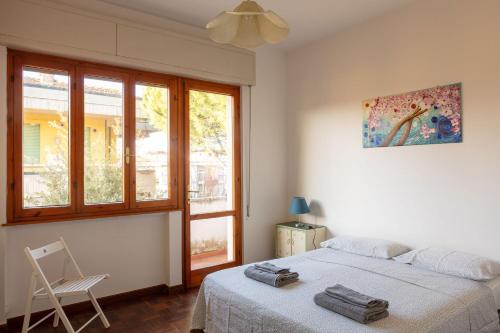 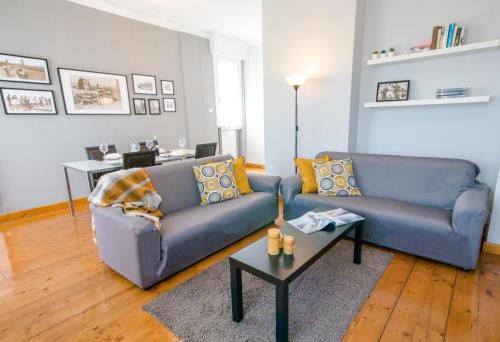 Situated in Viareggio, within 1.6 km of Viareggio beach-Marina Di Levante and 1.8 km of La Lecciona Beach, Ampio, elegante apt con aria condizionata e bici gratis offers accommodation with free WiFi, air conditioning and a terrace. The property has mountain views, and is 2.2 km from Viareggio harbour.Book now
from $11 per night 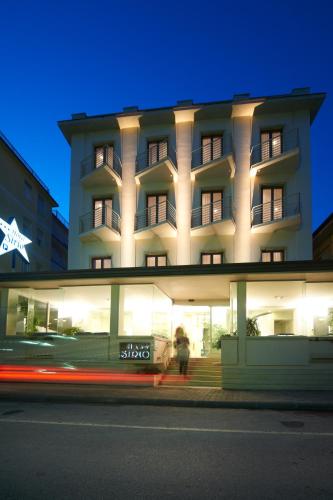 Hotel Sirio is right on the beach in Lido Di Camaiore. This family-run hotel has been completely renovated and offers a summer restaurant specialising in Tuscan dishes.Book now
from $11 per night 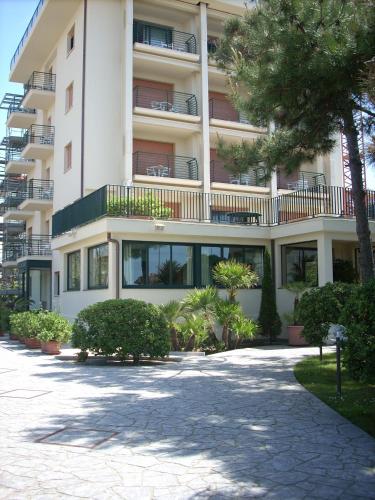 Set directly on the seafront in Lido di Camaiore, Hotel Paris features air-conditioned rooms with a sea-view balcony. It offers a restaurant, sun terrace and a garden.Book now
from $11 per night 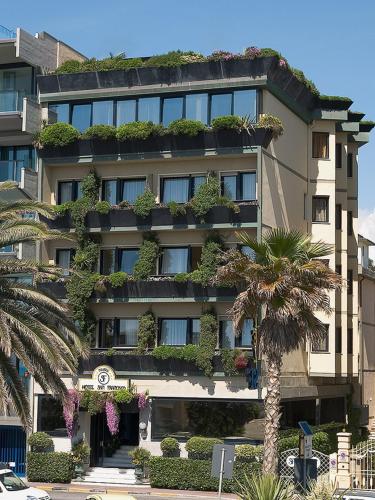 Hotel San Francisco is situated on Viareggio's sea front. It offers air-conditioned rooms with private bathroom and parquet floor, some overlooking the Mediterranean Sea.Book now
from $11 per night 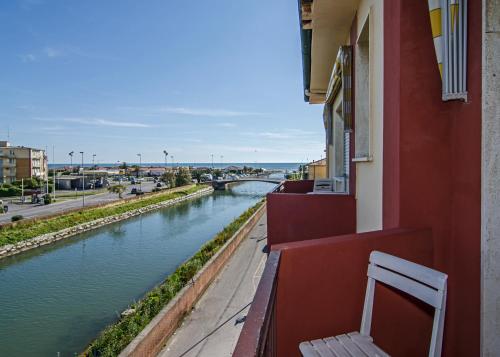 Centrally located in Lido di Camaiore, Hotel Laurin is 150 metres from the beach, offers free parking on request and free Wi.Fi. Rooms are air conditioned and feature TV and private bathroom.Book now
from $55 per night

See all 498 accommodations in Viareggio

Viareggio is located in the north-western part of Tuscany, directly on the Tyrrhenian Sea. The seaside resort with its 65,000 inhabitants captivates with one of the longest sandy beaches in Italy, a varied landscape, delicious food and a particularly mild climate. If you would like to live here, away from the tourist bed castles, in the midst of the locals and enjoy the Italian “Dolce Vita” pure, you can rent a private apartment in Viareggio, or accept an offer for couchsurfing in Viareggio. Since the latter, often due to a lack of comfort and privacy, is not everyone’s cup of tea, private accommodation is becoming more and more popular. Don’t you find what you are looking for in Viareggio? In one of the neighbouring communities you will certainly find what you are looking for: May it be in the city, a modern Apartment in Lucca, or rather a few kilometers outside, a cosy Accommodation in San Giuliano Terme? Just decide according to your taste. A walk through the fragrant pine woods around Viareggio is either way only a stone’s throw away from your accommodation.

Royal Apartments in Viareggio, in the heart of Tuscany

If you decide to spend your holidays in Viareggio in a private holiday apartment, you are in prominent, even royal company: Napoleon’s sister Paolina Borghese had a villa built here where she enjoyed her retirement. Not least thanks to this fact, Viareggio became a world-renowned and popular seaside resort, with numerous noble hostels following Paolina’s example. The Viareggio hamlet of “Torre del Lago”, named after the nearby lake “Lago Massaciuccoli”, also has a prominent past: the composer Giacomo Puccini bought a villa here, which he lived in until his death in 1924. Today the property serves as a memorial and museum and can be visited. Other attractions of Viareggio are the two theatres “Teatro Politeama” and “Teatro Jenco”, as well as a number of museums, one of which is located in Villa Paolina. In summer it is musically held on the shores of Lake Puccini, at the annual opera festival in honour of the glorious citizen. However, one of Viareggio’s most popular attractions is the Carnival, which has been celebrated here on five weekends a year since 1873. A large carnival procession with triumphal chariots attracts locals from the surrounding area as well as visitors from all over the world to the Tuscan community. At that time, the apartments in Viareggio were quickly booked up, so if you discover something to your taste, be quick.

Dream holiday on the Mediterranean coast, in your private accommodation in Viareggio

Once you’ve seen everything, are relaxed and rested, here’s a tip for a special excursion: a three-and-a-half hour drive separates Viareggio from the French Côte d’Azur. So if you are on your way home, you can easily spend another night in an Apartment in Nice before you finally start your journey home. You don’t want to say goodbye to Italy so soon? Then book an accommodation in Genoa, that’s right on the way. And at the latest now your holiday has become an unforgettable event that you will never forget again.