Well done. Look what authentic hosts in Barcelona-Sants are offering to you on 9flats. 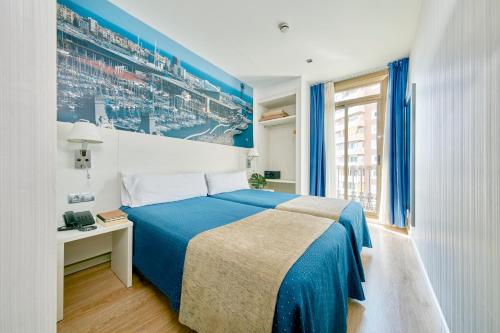 Hotel Transit is just 3 minutes’ walk from Barcelona Sants, the city’s main AVE Train Station. Free WiFi is offered throughout the property.Book now
from $12 per night 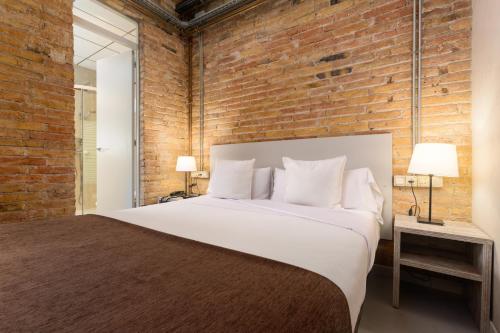 Featuring free WiFi and air conditioning, Apartamentos DV is located in Barcelona, 800 metres from Camp Nou. Palau Sant Jordi is 2.8 km from the property. Free private parking is available on site.Book now
from $100 per night 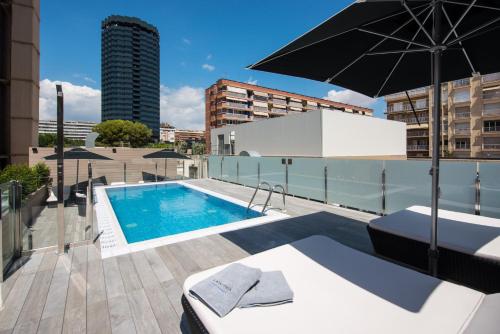 The stylish Catalonia Rigoletto is set 500 metres from FC Barça’s Camp Nou stadium and 5 minutes’ walk from Maria Cristina Metro Station. It offers an outdoor pool and rooms with free WiFi and flat-screen TVs.Book now
from $94 per night

Hotel Expo Barcelona is located next to Barcelona Sants Station. Its rooftop pool and terrace offer fantastic city views and the modern rooms feature a private balcony and satellite TV.Book now
from $90 per night 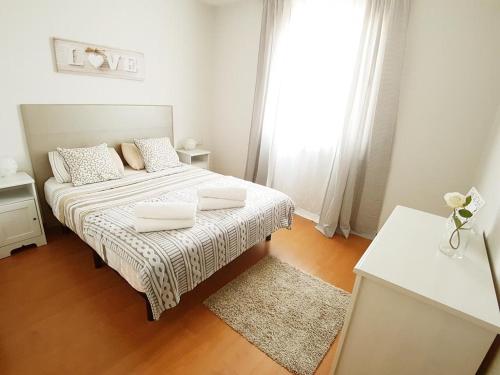 Set within the Eixample district in Barcelona, Sants Tarradellas Apartments has air conditioning, a balcony, and city views. It is situated 2 km from Magic Fountain of Montjuic and offers free WiFi plus a tour desk.Book now
from $190 per night 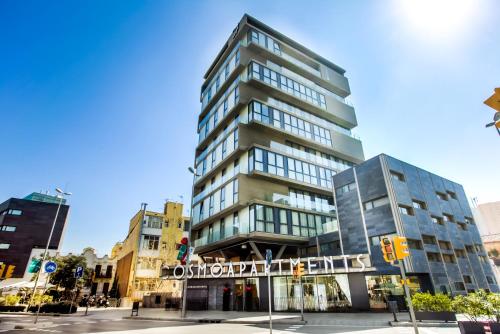 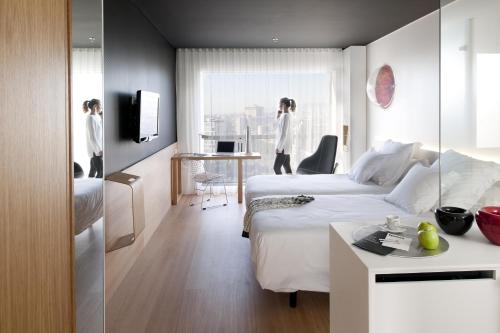 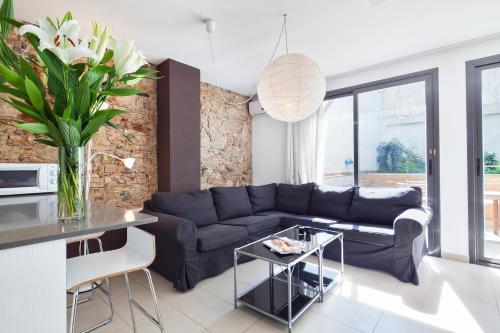 Inside Barcelona Apartments Sants offers modern, great-value accommodation. These apartments are conveniently located on a quiet street near Barcelona Sants station.Book now
from $82 per night 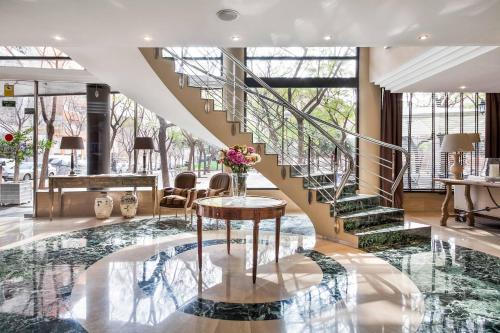 Acta CITY47 is 5 minutes’ walk from Barcelona Sants Train Station and 15 minutes from the Fira Exhibition Centre. It offers a 24-hour reception and air-conditioned rooms with free WiFi.Book now
from $12 per night 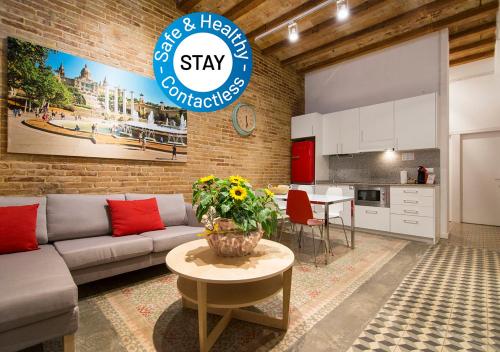 Located 10 minutes’ walk from Barcelona’s Plaza Espanya Square, the air-conditioned apartments at Happy People Plaza España Apartments come with free Wi-Fi. The building has a rooftop chill-out terrace for all guests.Book now
from $130 per night

See all 141 accommodations in Barcelona-Sants

Barcelona was once a gritty industrial city but reinvented itself as one of Europe’s most popular city break destinations. Sants is a mainly residential area, a couple of kilometres to the west of the city centre. It is populated by locals, rather than tourists and with a vacation rental in Sants from 9flats.com, you could soon be joining the community. Renting a holiday apartment in Sants from 9flats is the ideal choice for those who want to experience the real Barcelona, rather than being stuck in a tourist hotel. If you have considered couchsurfing in Sants but would like the added comfort and privacy of your own room or apartment, then our holiday accommodation in Sants is for you.

Exploring Barcelona from your own apartment in Sants

Sants itself is just a 10 minute ride on the metro from the city centre and is a good choice for someone looking for a vacation rental in Barcelona with good transport connections to the city centre, without being right in the thick of the bustle. The major train station, Estacio de Sants is in the centre of the area and provides good links to the airport and the rest of Spain. The area itself has some good bars, lots of restaurants and nightlife is provided by the famous Space club. The beautiful Placa Espanya is a short walk away, as is the Magic Fountain of Montjuïc. Football fans will love the fact that the Camp Nou is close by and if you can’t catch a match they do excellent stadium tours.

An alternative to your private accommodation in Sants

If you would prefer to be right in the centre of the action, then an apartment in Ciutat Vella is for you. The name means ‘old city’ and the neighbourhood is considered to be the true centre of the city. It lies between the harbour and the l’Eixample neighbourhood, with Placa Catalunya at its heart. Running down the centre of the area is the tree lined Las Ramblas, Barcelona’s most famous street. Here you will find the opera house and wonderful La Boqueria covered market. At the bottom of this famous street you will find a cable car ride which provides the best views of the city.

Moving on from Sants

Before leaving Spain, a visit to its capital is essential. A vacation rental in Madrid could be your base as you explore this exciting city, where the nightlife doesn’t stop until dawn. Visit the art treasures of the Prado and sip a coffee in the Plaza Mayor before enjoying some tapas in any one of the innumerable bars. Do some shopping in the Cortes area and try some relaxing boating in the Parque del Retiro. With a vacation rental in Rome could see you exploring the Eternal City as you follow in the footsteps of Caesar at the Coliseum and Forum. With great local accommodation for less than a hotel room, book your apartment in Sants now.

Latest reviews for places in Barcelona-Sants