Well done. Look what authentic hosts in Santa Catarina are offering to you on 9flats. 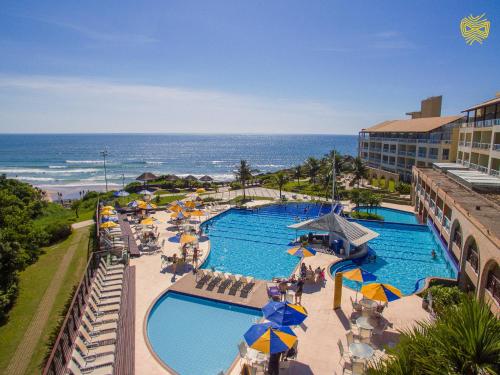 Costão do Santinho Resort All Inclusive

This award-winning resort on Florianópolis´s Santinho Beach is surrounded by native forest and archaeological sites. It features 6 restaurants and a luxury spa. Sports facilities include swimming pools, paintball, golf and tennis. Free WiFi is available throughout the property.Book now
from $181 per night 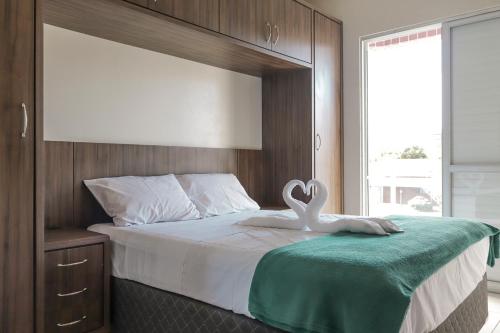 Just 150 metres from Florianópolis’ Canasvieiras beach, HANNA Flat Amsterdam is a hotel complex with 5 towers and features barbecue facilities, air-conditioned accommodations and a game-room with a pool table. Wi-Fi is free.Book now
from $22 per night

Boasting an infinity pool and free WiFi, Palace Praia is a beachfront hotel located on the Canasvieiras beach, in the north of Florianópolis. It features direct access to the beach and free daily breakfast.Book now
from $96 per night 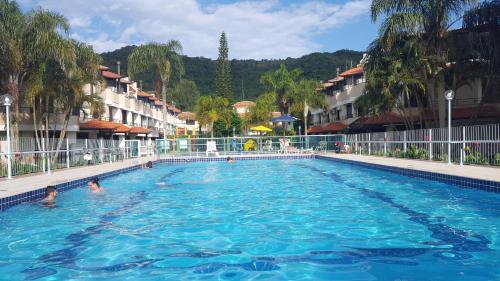 Featuring garden views, Vivendas de Maiorca in Florianópolis features accommodation, an outdoor swimming pool, a fitness centre, a bar, a shared lounge and a garden.Book now
from $64 per night 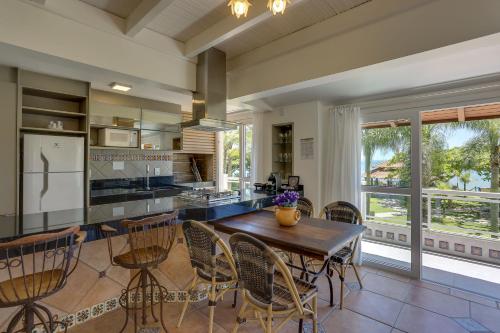 Villas Jurerê Residences is a beachfront hotel located in Florianópolis. Free WiFi access is available in this holiday home.Book now
from $113 per night 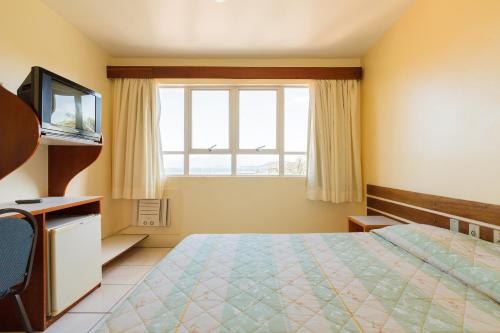 Featuring an outdoor pool and garden, Tri Hotel Florianópolis is located within a 20-minute drive from popular beaches of Florianópolis. It offers free WiFi and free parking.Book now
from $23 per night 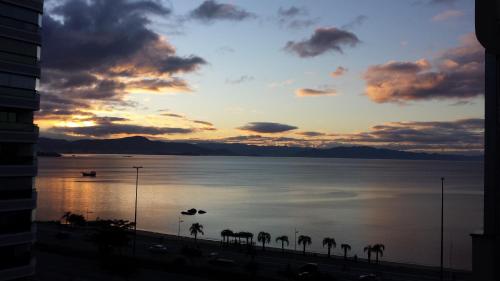 Located in the centre of Florianópolis, 200 metres from Beira Mar Beach and 6 km from Iguatemi Florianopolis Shopping Mall, Florianópolis Beiramar offers a garden and air conditioning. This beachfront property offers access to a balcony, free private parking and free WiFi.Book now
from $68 per night 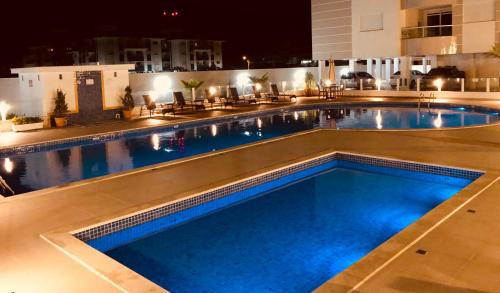 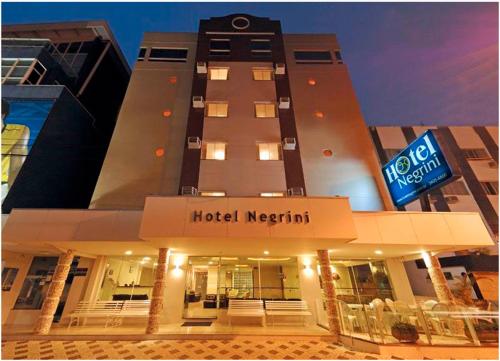 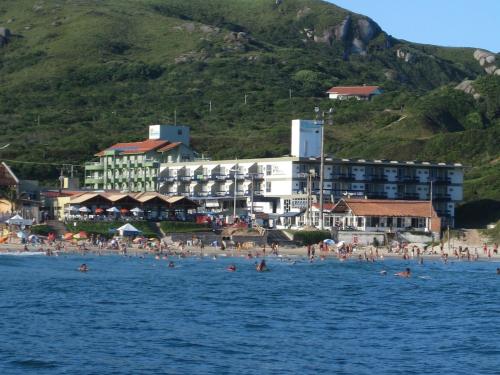 Located right on the sands of popular Joaquina Beach, Cris Hotel offers free WiFi throughout the property and private parking. It also provides a delicious daily buffet breakfast.Book now
from $33 per night 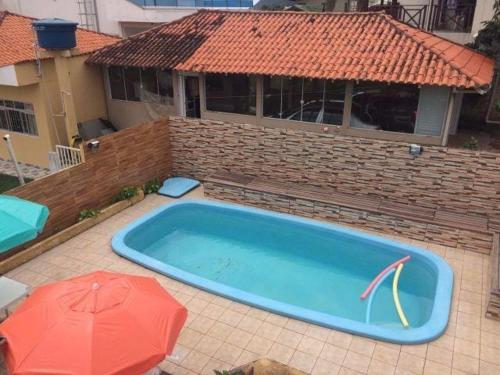 Situated in Florianópolis, within only 1 km from Ingleses main centre, Pousada Altos dos Ingleses features free WiFi throughout the property. This property is set a short distance from attractions such as Costão do Santinho. The property offers BBQ facilities.Book now
from $13 per night 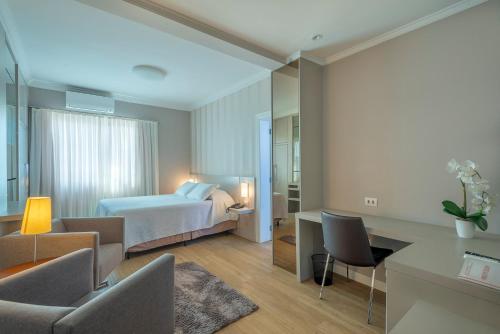 See all 7905 accommodations in Santa Catarina

In the south of Brazil lies the fascinating state of Santa Catarina, which attracts many German tourists year after year. Finally, one finds here places like Blumenau, in which numerous ethnic Germans have settled, who live in half-timbered houses and celebrate the Oktoberfest. But of course many other regions of the country are also worth seeing, which is why accommodations can become rare in the high season, as also our apartments in Santa Catarina, which offer a very special travel feeling similar to Couchsurfing in Santa Catarina. Take a closer look around on our website, after all you will find apartments rented by private individuals: A temporary home in which you quickly feel like a local. Of course you can also book a private holiday apartment in Blumenau with us, apartments in Florianópolis, the capital of the state, or accommodations in São José. do you want to combine Brazil with Argentina? Also there we have many private vacation homes, so e.g. Apartments in Buenos Aires, which you will surely like.

Apartments in Santa Catarina : Holiday at the Brazilian South Coast

The fastest way to get to your apartment in Santa Catarina is by flying from Germany to Florianópolis or “Floripa”, as the locals call their city. With a rental car you are flexible and can arrange your travel route through this historic country at will. Already at the beginning of the 16th century Spanish sailors reached the coast and laid the foundation stone for the European influenced cities. Today, Santa Catarina is one of the trendiest insider tips for South American holiday destinations. Although Santa Catarina only has an area of around 95,000 km², it offers its guests so many leisure activities that your travel agenda will soon be bursting at the seams. Take for example the three most famous cities Florianópolis, Blumenau and Joinville. The centre of Florianópolis lies on the Ilha de Santa Catarina and offers impressive views of the mainland. Beautiful beaches, surfing, shopping, great restaurants and a lively nightlife ensure that you can turn night into day. Joinville, the country’s largest city, attracts visitors with national events and typical festivals. In parallel with the Oktoberfest in Blumenau, the Fenachopp festival is celebrated to preserve German traditions with music, dance and beer.

From private apartments in Santa Catarina to Blumenau and surroundings

After Blumenau you should also plan a detour from the private holiday apartment in Santa Catarina, as it is the most “German” city in the country and lies between Florianópolis and Joinville. Although Portuguese is considered the national language, German is used as a colloquial language. In this respect, you should have no difficulties whatsoever in communicating and talking to the inhabitants of this fascinating country. Blumenau has established itself so much as a “German city” that you will not only find half-timbered houses here, but the Oktoberfest is also known as Brazil’s second largest folk festival after the carnival in Rio. But Santa Catarina offers much more: Here you can observe whales at certain times on the coast, go rafting on the Itajai-Aç, enjoy long walks or rides through the rainforest or simply spend a day on the beach.