Well done. Look what authentic hosts in Quebec are offering to you on 9flats. 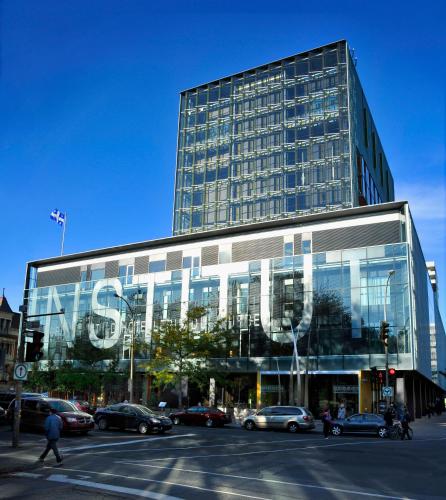 Providing comfortable and modern accommodations in the heart of Montreal city centre, moments from the Latin Quarter, this unique hotel features an on-site culinary institute along with gourmet dining options.Book now
from $11 per night

Located on Crescent Street in Montreal, Comfort Suites Downtown is within walking distance of the Bell Centre. The hotel offers free WiFi and a fitness centre.Book now
from $68 per night 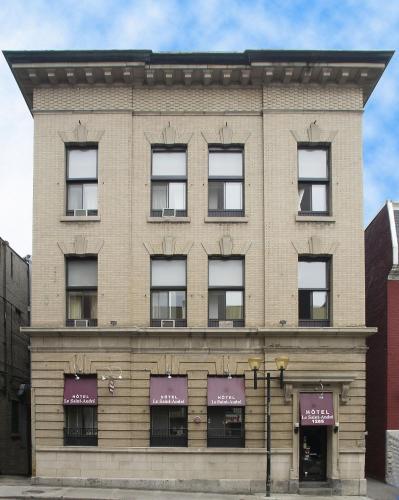 This European-style hotel is located in the centre of Montreal, near Berri-UQAM Metro station and bus terminal. Free WiFi is available.Book now
from $65 per night 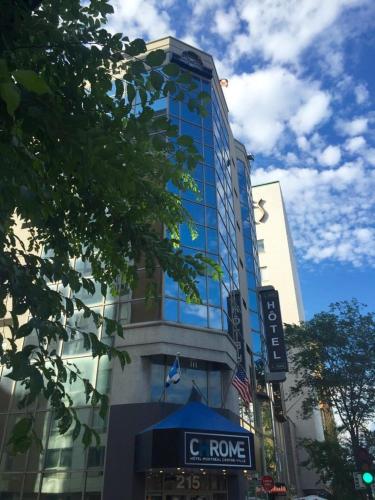 Located in Montreal, Hotel Chrome Montreal Centre-Ville is 1 km from Saint Laurent Metro Station. It features a restaurant, free WiFi and a business centre.Book now
from $62 per night 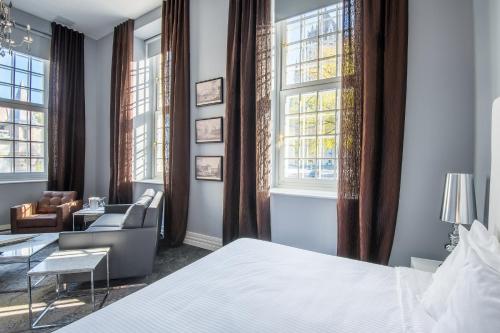 Boasting a bar, terrace and views of city, Hotel Manoir Morgan is situated in Quebec City, 200 metres from Fairmont Le Chateau Frontenac. Among the facilities of this property are a restaurant, a 24-hour front desk and room service, along with free WiFi throughout the property. The property is less than 1 km from Morrin Centre and an 11-minute walk from Quartier du Petit Champlain.Book now
from $80 per night 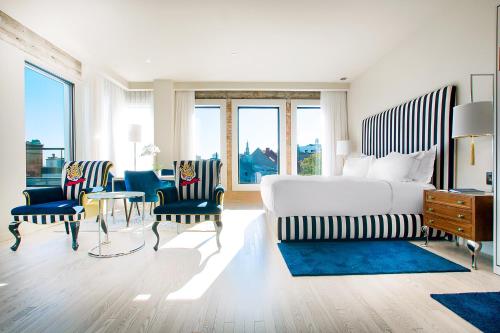 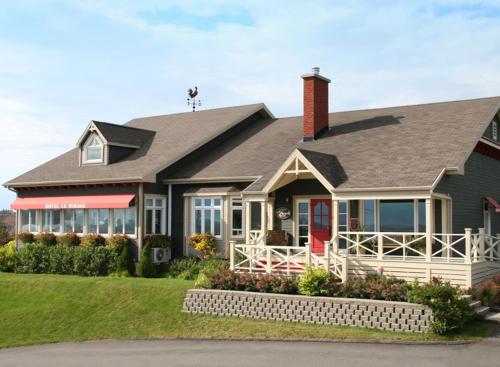 Offering beautiful views of Percé Rock and Bonaventure Island, this country-themed hotel features a seasonal outdoor pool and a restaurant. Free WiFi is available in every room.Book now
from $69 per night 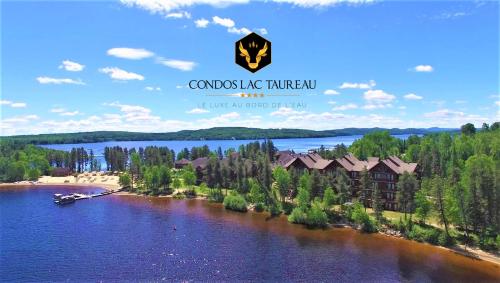 Les Condos Du Lac Taureau- Rooms & Condos features a restaurant, bar, a garden and private beach area in Saint-Michel-des-Saints. With free WiFi, this 4-star resort offers ski-to-door access and an ATM. The resort has an outdoor swimming pool, indoor pool, evening entertainment and a shared lounge.Book now
from $168 per night 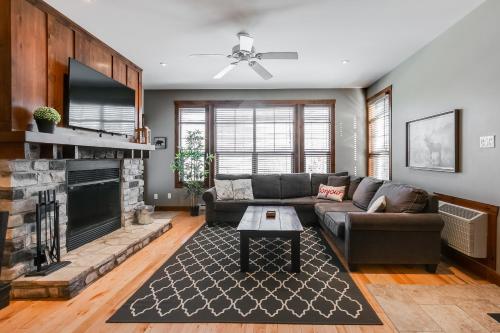 Featuring a patio with garden views, an outdoor swimming pool and a private beach area, Le Waterflow by KASANIA can be found in Mont-Tremblant, close to La Source Aquaclub and 7 km from Mont-Tremblant Casino. This apartment has a private pool, a garden, barbecue facilities, free WiFi and free private parking.Book now
from $151 per night 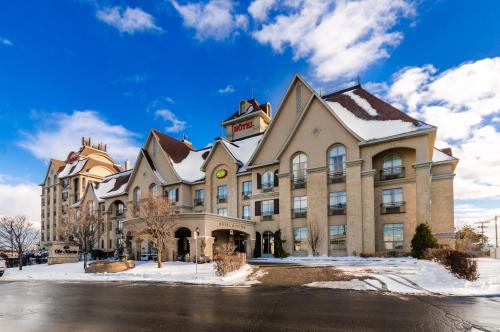 Steps from the city's financial and shopping district, this hotel in downtown Laval offers a free continental breakfast. Carrefour Laval shopping centre is 3 km away.Book now
from $109 per night 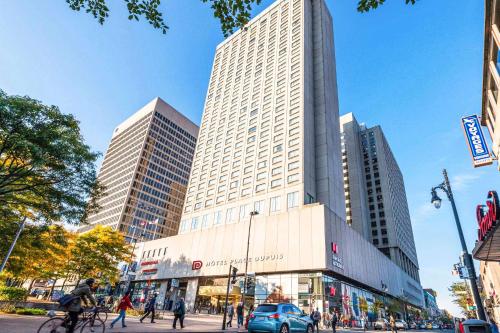 This hotel is 5 minutes' drive from downtown Montreal and is next to Berri UQAM Metro Station. The hotel offers an indoor pool and provides free WiFi in every room.Book now
from $58 per night 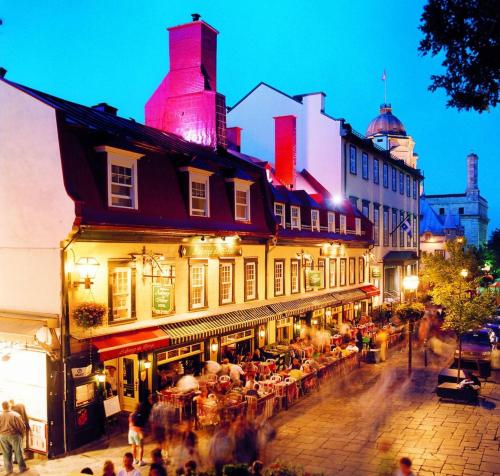 Auberge du Trésor is located in the heart of Old Québec, right in front of Château Frontenac. An on-site restaurant features French, bistro-style cuisine and rooms offer free WiFi.Book now
from $80 per night

See all 3221 accommodations in Quebec

Holiday homes in the province of Québec: discover the French influences

Québec is the only French-speaking province in Canada that occupies a very special position in Canadian culture. Unlike other parts of the country where the French language is also spoken, Québec is the only official language, and you can also get to know the typical French-speaking culture of the province directly with a holiday home in the province of Québec. Now find a private apartment in the province of Québec and visit Montréal, the port metropolis on the St. Lawrence River with its colonial old town, the river promenade and the characteristic North American skyline. Montréal is home to some of Canada’s finest art museums, the Olympic Stadium of the 1976 Summer Games and one of the world’s largest domed churches, but also offers magnificent panoramic walks on the Mont Royal and a distinctive nightlife. From Montréal you also don’t have to go far to get an accommodation in Ontario the western neighbouring province is only a little more than 50 kilometres away, as is the US border. But you can also get to know rural Québec with private accommodation like a resident of the province, without having to give up your privacy.

Québec is often referred to as the link between America and Europe, and you’ll encounter the distinct European culture everywhere you go when you vacation in a holiday home in the province of Québec. The French influence is particularly noticeable in the regional cuisine, which is considered a high art in the Canadian north as well as in France. Montréal in particular is famous for its high number of first-class restaurants, but even in smaller cities you will find a surprisingly varied and high-quality range of restaurants, partly due to the strong European immigration in the 1960s and 1970s. Use your private holiday home in the province of Québec to discover the outdoor paradise of Québec with its ski and snowboard areas, more than 20 nature reserves and countless hiking routes. From Tadoussac on the St. Lawrence River, one of the largest rivers in the world, you can go whale watching or explore the rugged coastal landscapes with their fishing villages and offshore islands. A Holiday Home in Canada gives you the opportunity to discover the great variety of landscapes that unites Quebec in one province – from the fertile lowlands of the St. Lawrence River to the vast forests and lakes of the Arctic Labrador Peninsula and the Appalachian Mountains.

Explore the American Northwest with an apartment in the province of Québec.

Your holiday home in Québec province is close to the U.S. border, and the North American Great Lakes with Niagara Falls begin directly southwest of Montréal. Here you can visit Canada’s largest metropolis, Toronto, a few hours’ drive from your accommodation in the province of Québec, but also the “Motor City” of Detroit and further west Chicago on Lake Michigan. If you travel from Québec to an apartment in the USA, you can also reach New York and Boston in half a day. Book via 9flats.com e.g. a holiday apartment in New York.

Latest reviews for places in Quebec