Well done. Look what authentic hosts in Paris-Marais, Picasso Museum are offering to you on 9flats. 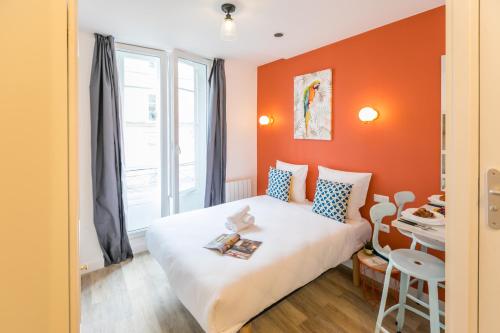 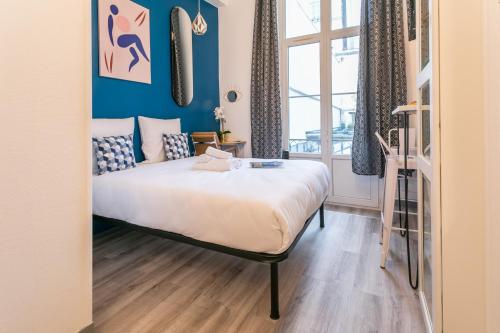 Located in the centre of Paris, within less than 1 km of Pompidou Centre and 2.2 km of Sainte-Chapelle, Temple Apartments Paris offers accommodation with free WiFi.Book now
from $64 per night 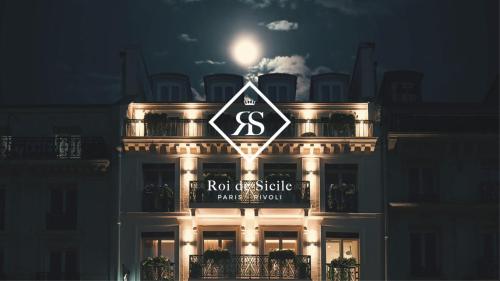 Situated in Paris, less than 1 km from Pompidou Centre and a 16-minute walk from Sainte-Chapelle, Roi de Sicile - Rivoli -- Luxury apartment hotel features accommodation with free WiFi, air conditioning, a bar and a shared lounge.Book now
from $373 per night

Less than 1 km from Pompidou Centre, HOTEL AU COEUR DU MARAIS is set in Paris and offers free WiFi, express check-in and check-out and a tour desk. The property is situated 2.2 km from Opéra Bastille, 2.2 km from Sainte-Chapelle and 2.2 km from Opéra Garnier. The hotel has family rooms.Book now
from $95 per night 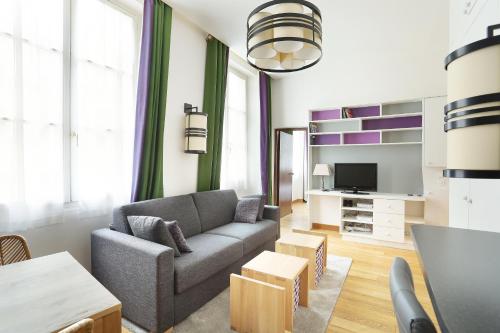 Located in Paris, in the Marais district, Residence Central Marais is 400 metres from Pompidou Centre. Notre Dame Cathedral is 800 metres from the property.Book now
from $197 per night

Located in Paris, 1.3 km from Pompidou Centre and 2 km from Sainte-Chapelle, Appartement République offers free WiFi and air conditioning. The property is 2.7 km from Louvre Museum and 2.8 km from La Cigale Concert Hall.Book now
from $227 per night 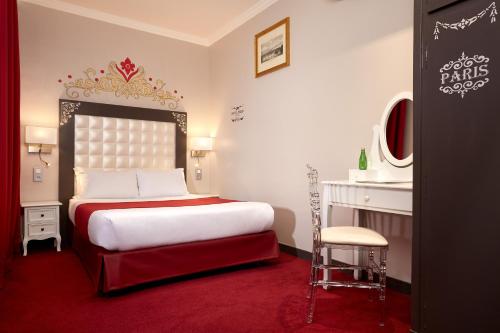 Located in the 11th district of Paris, a 5-minute walk from the Marais district and Place des Vosges Park, Grand Hôtel Amelot offers a 24-hour reception, concierge service and luggage storage.Book now
from $109 per night 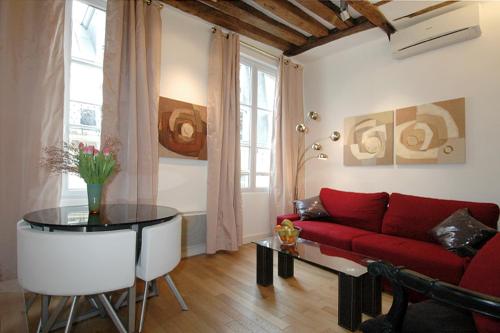 Offering free WiFi and city views, HolidaysInParis-Bourg Tibourg II is an accommodation located in a central area of Paris, just 1.2 km from Pompidou Centre and 1.6 km from Sainte-Chapelle. The property is 2.5 km from Luxembourg Gardens and 2.6 km from Notre Dame Cathedral.Book now
from $181 per night 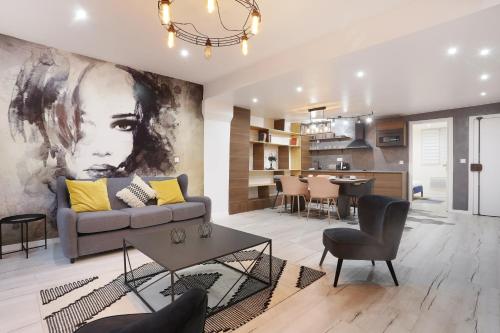 Situated within 1.5 km of Louvre Museum and 1.9 km of Pompidou Centre in the centre of Paris, Résidence Bonne Nouvelle features accommodation with free WiFi and seating area.Book now
from $179 per night 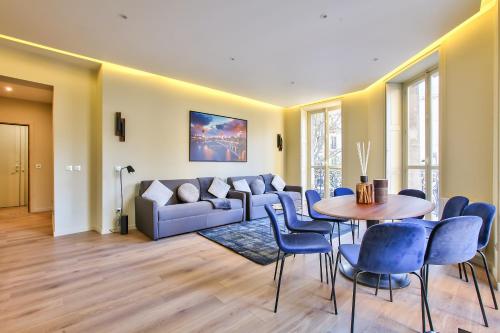 60-LUXURY PARISIAN HOME SEBASTOPOL (2DG) is an accommodation set in Paris, 1.1 km from Pompidou Centre and 1.6 km from Sainte-Chapelle. The accommodation is 1.9 km from the Opéra Garnier.Book now
from $153 per night

A vacation rental in the 3rd arrondissement, in the heart of historic Paris

Thanks to the vacation rental in the 3rd district of Paris, stay in the heart of historic and preserved Paris. The Marais district, located in the 3rd and 4th district, on the right bank of the Seine, is an old marshland that reached its golden age in the 17th century when it became the fashionable place of residence for the nobility. Sumptuous hotels were then built by the greatest architects and still exist today. Among our holiday rental offers in Paris 3, you will find Bed & Breakfast in Le Marais which will allow you to walk in its narrow streets and its passages filled with trendy shops, art galleries and shops. restaurants. Handicrafts and small industry support a number of long established Asian, Jewish and former Yugoslav communities. The Marais has also become the most important gay district in Paris. You will be surprised by the animation that prevails and the atmosphere at once very trendy and very cosmopolitan. To make a most unusual detour, you can contemplate the oldest house in Paris at 51 rue de Montmorency which dates from 1407. Its dark and austere facade is charged with emotion. A holiday rental in Paris 4 can allow you to complete your visit in the heart of the 4th arrondissement, Place des Vosges and in the district of the Temple and Archives for example.

With vacation rental in the 3rd arrondissement of Paris, stay near the most beautiful museums

The 3rd arrondissement is rich with mansions restored and transformed into museums. The vacation rental in Paris 3 allows you to stay at a reasonable price in a holiday apartment in Le Marais, near these museums. The Salé hotel houses the Picasso museum, not to be missed, with its large-scale chronological collection, the opportunity to discover or rediscover the work of one of the most prolific artists of his century. Another must-see is the Carnavalet museum, rue de Sévigné, devoted to the history of Paris. Reconstructions of entire rooms, with their period decoration, furniture and objets d’art illustrate the evolution of Parisian interiors from the 17th to the 20th century. The Museum of Arts and Crafts, Rue Reaumur, is also worth a visit. It includes a large collection of pieces and drawings that trace the history of techniques and sources of invention since the sixteenth century. Among the objects, we notice the beautiful clock of Foucault. Finally, we can only advise you to go to the Museum of Hunting and Nature, which despite its name, has great surprises with its cabinets of curiosity. Also worthy of note is the Doll Museum, which has a very fine collection of antique porcelain dolls. Around the 3rd arrondissement, the bed and breakfast in Paris 10 will bring you closer to the station of the East and North while a holiday apartment in Paris 11 will allow you to visit the abundant district of the Bastille.