Well done. Look what authentic hosts in New York City-Bedford are offering to you on 9flats. 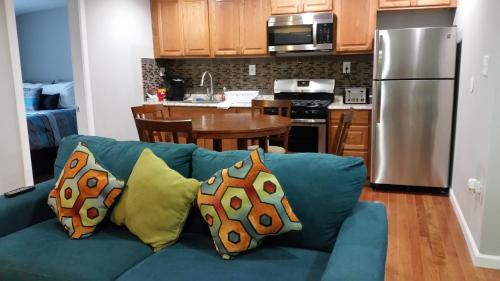 Situated in Brooklyn, 2.2 km from Barclays Center and 15 km from Coney Island, Cozy Retreat on Atlantic Ave offers free WiFi and air conditioning. The property has garden and sea views, and is 2.7 km from Grand Army Plaza.Book now
from $350 per night 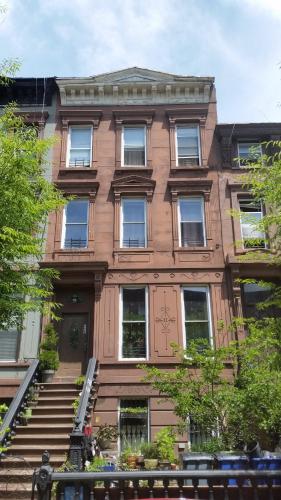 Located in Brooklyn, 3.5 km from Barclays Center and 16 km from Coney Island, Brownstone Penthouse provides accommodation with free WiFi, air conditioning, a restaurant and a garden.Book now
from $130 per night 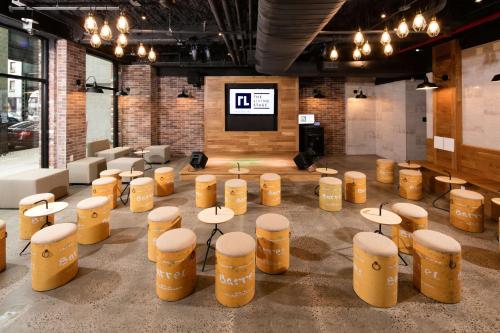 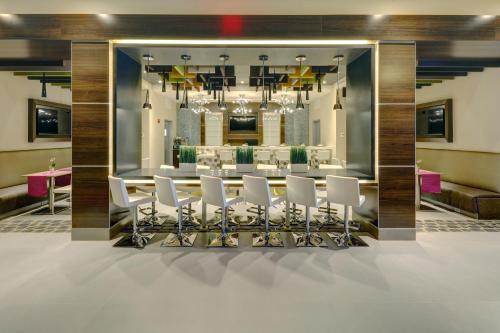 Brooklyn A Hotel offers accommodation in Brooklyn, 2.7 km from the Brooklyn Museum.Book now
from $125 per night 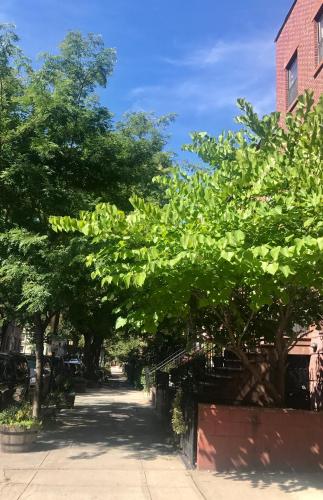 Comfortable Brooklyn Apartment is located on the border of Clinton Hill and Bed-Stuy in Brooklyn. Complimentary WiFi is provided throughout the property.Book now
from $160 per night 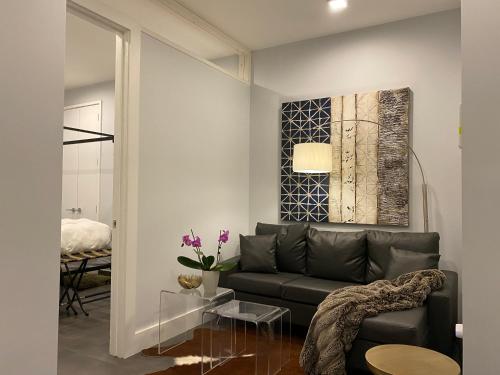 Situated in Brooklyn, 6 km from Barclays Center and 22 km from Coney Island, Brooklyn Bushwick Guesthouse features accommodation with free WiFi, air conditioning and a fitness centre. With city views, this accommodation provides a patio.Book now
from $143 per night

Providing a garden, SANKOFA ABAN BED AND BREAKFAST is located in the Bed-Stuy district of Brooklyn, 3.1 km from Barclays Center and 15 km from Coney Island. Free WiFi is provided.Book now
from $11 per night 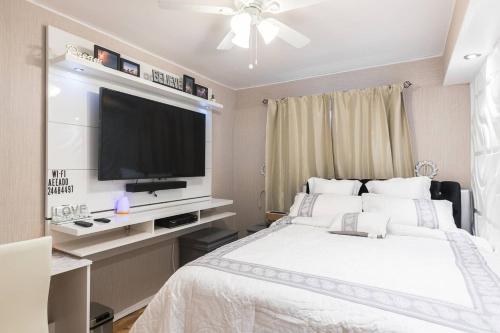 NYC AIRBNB features air-conditioned guest accommodation in Brooklyn, 5 km from Barclays Center, 17 km from Coney Island and 3.4 km from Brooklyn Navy Yard. Free WiFi is featured throughout the property and private parking is available on site.Book now
from $54 per night 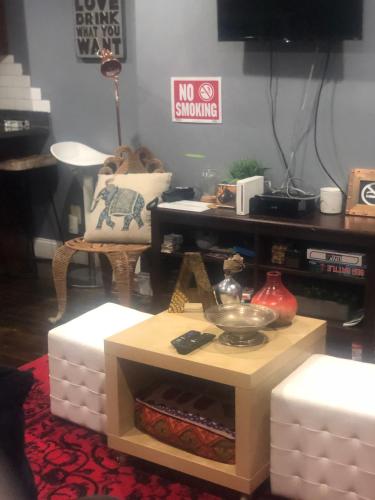 Set in Brooklyn, within 5 km of Barclays Center and 22 km of Coney Island, Smart Two Bedroom, Ground Floor Walk- In Apartment offers accommodation with free WiFi, air conditioning and a garden. The property is 6 km from Brooklyn Museum and 6 km from Brooklyn Botanic Garden.Book now
from $190 per night 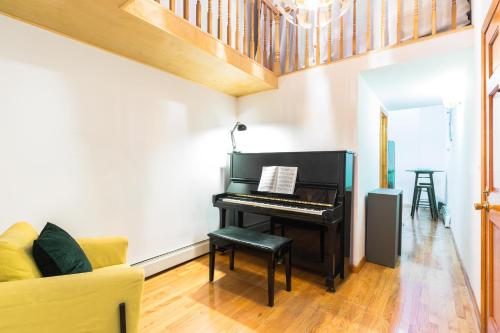 Set in Brooklyn, 6 km from Barclays Center and 24 km from Coney Island, The Duplex piano in New York artistic best Bushwick offers free WiFi and air conditioning. The property is 7 km from Brooklyn Museum and 7 km from Brooklyn Botanic Garden.Book now
from $290 per night 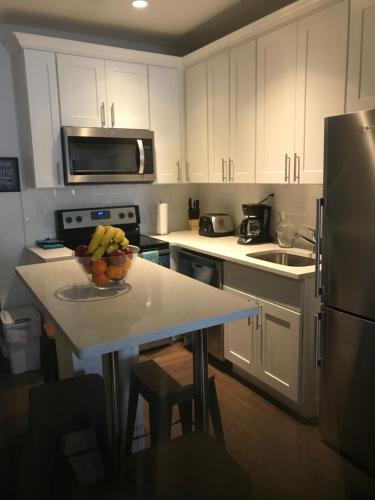 Sandy's Place NYC 1 enjoys a location in Brooklyn, just 6 km from Barclays Center and 22 km from Coney Island. The Brooklyn Navy Yard is within 5 km of the apartment.Book now
from $100 per night 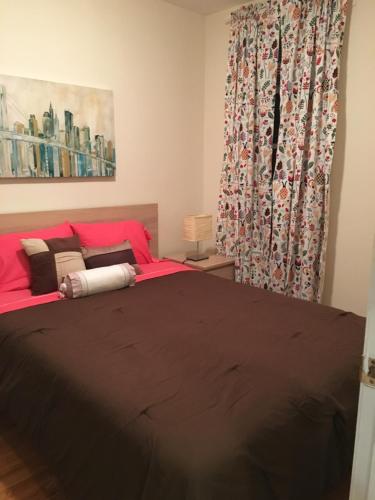 Bedford is a small community within the New York City borough of Brooklyn and is part of the larger district of Bedford-Stuyvesant. The area is famed for the architectural elegance of many of its brownstone buildings which date back to the end of the nineteenth century and the beginning of the twentieth. Bedford is a predominantly middle-class neighbourhood and so makes for a pleasant location in which to rent holiday accommodation. The 9flats holiday apartments in Bedford are mainly situated in residential areas and offer the perfect opportunity of experiencing life here as it is for the locals. While couchsurfing in Bedford remains popular, this activity does not provide the same high standards of comfort and degree of personal space that comes with renting an apartment from 9flats.

Bedford enjoys a prime location right in the centre of the borough of Brooklyn, the most populous of New York City’s five boroughs. Brooklyn is home to the Brooklyn Museum, the second-largest art museum in the whole of New York and which houses a superb collection of art from ancient Egyptian to modern-day masterpieces. The beautiful Prospect Park is also located in central Brooklyn and contains the area’s only lake. As perhaps to be expected in one of the world’s most famous cities, 9flats has a huge range of holiday apartments in New York from Brooklyn to Manhattan and more. These include the holiday apartments in Bedford-Stuyvesant, the Brooklyn neighbourhood whose name is often shortened to Bed-Stuy and which is predominantly famous for its association with hip-hop culture.

Bedford may not be the first place that comes to mind when considering locations in which to stay when in New York but both it and its larger neighbour Bedford-Stuyvesant make for interesting destinations. The borough of Brooklyn as a whole has its own distinct culture and atmosphere which sets it apart from the rest of New York City and gives it an identity all of its own. For available holiday apartments in Bedford and the surrounding areas, check out the 9flats site and book your New York trip now.

9flats Apartments across the United States and Beyond

In addition to the holiday accommodation in Bedford, 9flats has a wide range of apartments elsewhere in the city of New York and many other cities across the United States. These include holiday apartments in Chicago, the Windy City. If travelling to the United States does not really appeal to you, then 9flats has accommodation in many other towns and cities across the world suitable for short breaks and full holidays throughout the year. For instance, holiday apartments in Paris make for an ideal base from which to explore the city of love.